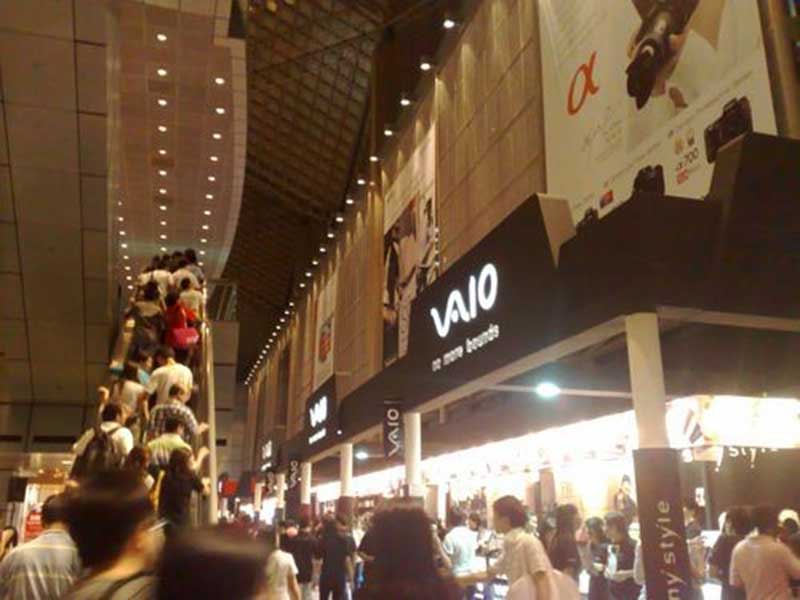 Was at the Comex Show again tonight after the Nike Human Race. Some of my running kakis wanted to go check out the show after dinner around the area. There were few rather cool last minute deals includes bluetooth headsets going for $29 with 1-1 exchange. Display set cameras at 40% off retail prices as well as laptops slashed $1000 off their retail prices (such as some Sony Viaos going at $1299 from $2199), though similar spec-ed models from other brands are already selling at their “discounted” prices. 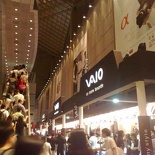 The place was in a great mess with lots of slippery waxed-flyers and litter all around, very different from the spick and span conditions when I visited on the first week days. Especially on the 6th floor with smaller exhibitors. At around 9pm, there were many exhibitors who had already vacated their booths, while some desperately trying to sell off their remaining stocks. Gone are the soft and calm mood of the place where both customer and exhibitors alike are all fighting for deals and bargains, let be blasting the air waves with their voice and PA system to out shout each other from booths getting the attention, deals and offers across to customers.

Anyway, managed to get quite a few good deals for some of my Shunqiang, Eric and Qiwen who were looking to get memory cards. They got quite a good deals for Kingston MircoSD cards going at $8 each with a full-sized SD adapter. I remembered paying close to $30 for that almost half a year ago darn! Goes to say how low memory card prices had gone down over the years, not to mention the large profit margins earned from early adopters.

Sean was a little more spendthrift, who dumped $799 on a Sony Cybershot semi-pro camera with tons of freebies such as a free photo printer, etc as well.

For me, this is one IT show where I didn’t even put a penny on, well mainly as I didn’t need anything at the moment. But the show was a good eye-opener to update myself and do some market research on current IT prices. I will be sinking most of my purchases next year before flying off the UK, where I will get a new hybrid video/still camera and multifunction Canon printer which I will bring abroad with me. Thereafter, I will be intending to purchase an Alienware laptop in the UK itself.

On my way home along Nichol highway, lines of trucks are lined up alongside the convention center by the loading bays, presumably the staff all getting ready to vacant and move out of the exhibition area after the event.

Will update on the Nike Human race tomorrow.