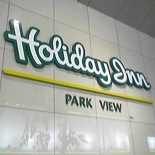 Saturday’s dinner was a Holiday Park Inn, where Mum treated for one of her clients in thanks for them their family purchased more than 3 units of land from her land banking job. What’s more, we are there too to join them as part of a dinner gathering as well.

Mum does Land Banking as a side job on top of her day job & I guess shes getting along quite well with it on the start. She does land banking with Walton International & is a Canadian based company who is known to offer very safe low-risk investment opportunities over a moderate short-mid term period. The way this works is buying raw land when its dirt cheap, let Walton put in the development plans & cash in on the exit when developers buy over the land, usually with at least 200% increase in value. Sounds simple? Yes moreover as raw land value can only go up, on the norm, you will never actually lose investment value with a cash out of at least the value you invested initially. The bad points are the relative large capital barrier to actually buy units of land at the start & cash pumped into the investment won’t be liquid for years (ready cash) till the exit procedure, when you “cash in”. 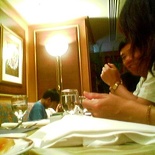 It had been sometime I’ve eaten at Holiday Inn parkview, being tucked in a corner from orchard road in the Cuppage area beside the CTE. Being an international buffet, you can very much expect the usual few like sushi, local, indian & western flavours, not a very big spread I say, focussing mainly on local dishes only. The Lor Mee section is self help & prata is self serve too.

There is no Seafood either, only variant are prawns & crabsticks seen mixed as cooked food or in salads, can’t ask much for about $35/head either. Overall the ambience is quite professionally done, service is not disappointing but otherwise not that impressive either. A good place to eat in good comparision to furama/alson hotel of similar budget caliber. Oh yea did I mention their ice cream is one of the richest I ever tried?

Thats definitely a plus to end the dinner as desert too!