The fireworks are up, so are the crowds at the esplanade/ esplanade bridge. There was more fireworks there than last year’s lasting bout 20minutes worth of continuous fireworks at the bay area. Not bad, not bad. I just love the “twilight” period between christmas and new year, everyone’s just simply crazy- everybody’s always happy, smiling, like going with party hats and “honk honk”, horns everywhere, the rampage off plucking stars off the esplanade decoration while the crew and guards desperately try to keep the crowd’s hand off the “masterpiece”. “Kouped” two star screws myself… keke… *snickers* by the time I walked back the same location after sometime, the whole sculpture had been “unscrewed” clean off the deco stars by the crazy mob, spectacular!

The area is just super crowded and some pushing on the bridge which offended quite a few people there, the fullerton bridge is just so packed with people and vehicles, it just seems that it will collapse under the weight. Somehow, I don’t understand why would anyone still wanna go on it when nobody could even move in there. Its just one time when human traffic wins over vehicular traffic. Lolz! The confetti and horn period was rather fun at the end of the countdown, and everyone was just literally overly showered by those, dispensing and spraying like theres no tomorrow, very messy! Till I get my own digital camera, I just we would have to wait till I develop the film for this year’s countdown photos… 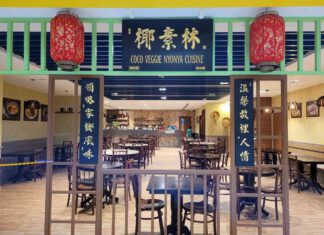 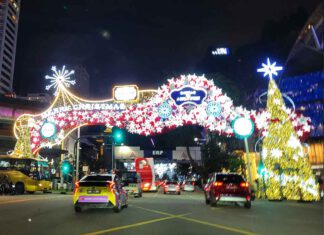