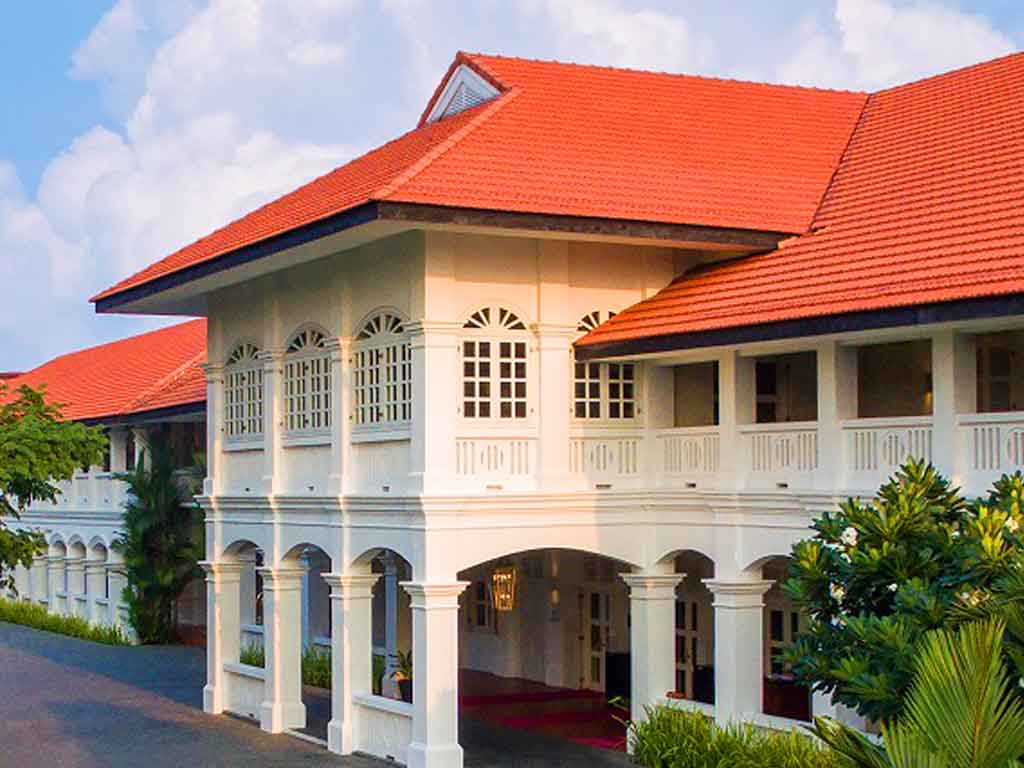 Much attention is now focused on Singapore Sentosa Capella hotel. This is following White House press secretary Sarah Sanders making the announcement on instilling the America-North Korean summit scheduled to happen in Singapore come June 12th. Capella is the chosen venue for the historic summit.

Additionally, the summit will see President Donald Trump and North Korean leader Kim Jong Un meeting face to face in Capella. The summit is the answer to years of stalled diplomacy with the nuclear armed North Korean pariah. Denuclearization of the Korean Peninsula is the summit’s primary agenda.

Furthermore, for Trump, the handling of the North Korea summit has been his trademark milestone in office to date. President Trump would test the limits of an improvisational approach to diplomacy.

Here are some facts of Capella Hotel and the Sentosa island it sits on.

It sits on another Island in Singapore

Capella is located on Sentosa island. It is a small resort island about 4.5 square kilometers in size. Geographically, Sentosa sits south of Singapore mainland. It forms the southern most point of continental Asia. A 700m vehicular and pedestrian bridge connects the resort island to mainland Singapore. It is also accessible via a scenic overhead cable car. Cross-island ferry boat services used to run between the two islands. Following the bridge completion, the ferry service was decommissioned.

Singapore itself is a city state. The entire country is almost fully urban, confined on an island landmass no larger than 42km by 25km. Hence there is not much of natural grounds and green belts. The island’s physical separation from the mainland could add to security as tightly controlled entry points in and out of Sentosa island.

Sentosa had a less-glamorous past

In early days, Sentosa was known by name as “Pulau Belakang Mati“. In the Malay language, it means “Island behind the dead”, an old name given by early settlers. The number of ship piracy and pirate murders probably gave rise to the name. These activities plagued the Strait waters during the 1800s. You can still find the old name on historical maritime maps.

Additionally, when the Japanese took over this part of South East Asia during the Japanese occupation, the island saw bloodshed. In addition to housing prisoners of war, Japanese soldiers carried out operations of mass executions of civilians defiant of the Japanese order. It usually along the beaches of the island. A grim past indeed.

Since 1972, Sentosa had undergone an extensive revamp, transforming it into a resort island. Today, it is home to a world-class integrated tourist resort. It is home to a Universal Studios theme park, a waterpark, golf courses, over 5 hotels, luxury housing, maritime museums and even the world’s largest Oceanarium. Also, “Sentosa” in Malay means “peace and tranquility“.

Capella is built from an old British colonial building. It has several additional modern elements. The front façade and drop off porch are part of a series of Tanah Merah military buildings dating since the 1880s. Moreover, the hotel retains much of this old colonial flair. The flair depicted through distinctive white pillars and a red tiled roof.

Facilities wise, Capella boosts 112 rooms, suites, villas and manors. The grounds are managed by the Grand Luxury Hotels group. Also, the hotel’s Grand Ballroom is the only circular ballroom in Singapore.  Moreover, it is only a few minutes’ walk down a broad walk staircase right into Sentosa sandy beaches. The hotel meeting rooms have floor-to-ceiling windows offering south views of the South China Sea.

Additionally, Capella touts the most spacious Singapore hotel accommodations in the country. The hotel sits on a sizable green area on a hill. It also offers 30 acres of secluded and beautifully landscaped surroundings. There are even free-roaming peacocks on the hotel grounds. It adds to the rustic village feel.

Owned by the Singaporean Kwee family, Capella Hotel was one of three hotels in consideration as possible summit venues. This is in addition to Shangri-La, and the waterfront Fullerton Hotel. Also, it is part of the Pontiac Land Group, a privately held luxury real estate developer and hotel owner based in Singapore. The group is worth about $5.3 billion as of 2017.

New, but not a stranger to summits

Capella had hosted few high-level summits. This includes the Singapore summit. However, it is not as seasoned as Shangri-La Hotel. Shangri-La been long speculated as the likely summit venue. In comparison, Shangri-La had previously hosted the Shangri-La security dialogue. Additionally it hosted Chinese president Xi Jinping and then-Taiwan president Ma Ying-jeou in 2015, as well as former US presidents George H.W. Bush and Barack Obama.

Additionally, Capella was the accommodation of choice for pop stars Madonna and Lady Gaga. They stayed at the hotel when they stopped over in Singapore on their concert tours.

Moreover, since the announcement of the June 12 summit, US and North Korean delegations had met up to four times at Capella since last week. This involved meetings to plan the logistical needs for the summit.

All in all, this concludes some quick facts about the exciting peace summit happening right here on Singapore soil. With the world’s attention focused on the meeting between both leaders, the choice of venue was indeed a critical decision for comfort and hospitality of both US and North Korean parties.

We definitely look forward to favorable outcome of the summit come June 12th.