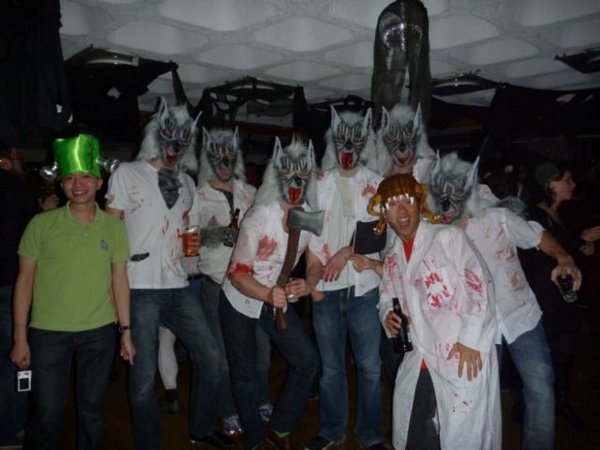 So what did I do for Halloween this year, well I made my own costume this year, 2 in fact. I had quite a number of parties to attend this year, so I figured I diversify my arsenal a li’ ol bit. I made a Half-life zombie costume using a bloodied labcoat and shirt, coupled with my iconic head crab hat I’ve got from the Valve store few years back, but didn’t had the chance to use it proper till now. I wore the hat to lectures on halloween day too, which gave me many thumbs up among the school crowd. Awesome experience. The college parties is a very good way to get to meet people and new friends alike. There was a werewolf pack, the undead pack (guess I am part of the undead) as well as a large number of drag (lady gaga) queens. 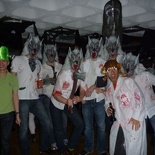 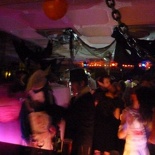 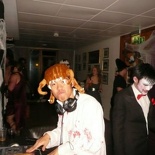 There were party events such a performances and best costume auditions. Music kept going courtesy of our resident deejay Timothy, who is an English senior from Singapore too. I made a space pirate costume for another 2 more Halloween parties in other venues, namely a pub/club called revolution, we students call it Revs here for short, which feature a pub on the ground floor and the club/dance floor on the upper. My costume feature a rather formal looking space captain coat, decked with the Starcraft 2, Matt Horner styled large shoulder pads which I made out of dominos pizza coupon cardboard. The captains/pilot hat I bought off Ebay was customized with an internal red LED circuit I made and integrated into the cap, which glowed a bright red through a plastic acrylic piece like a futuristic argumented reality heads up display. 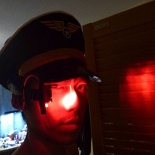 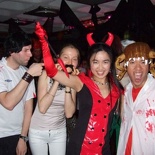 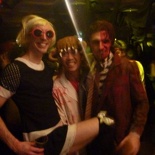 The early part of term is a good time to catch up on parties. Chilling out with the Singapore society was fairly interesting- they are not much of a party bunch. Time and always and unlike most other halloween parties I’ve been to (like those with the local British and internationals) most Singaporeans will just wait out by the seats in the club, preferring the sit around, stone rather than party or dance on the floor. I am not implying I am heck a party animal myself, but sometimes I find really weird having to drag them out to dance as if it’s their virgin experience on the dance floor. I mean, why pay to enter a club just to sit down on the sofa the whole night and chat with blaring music all around you? Weird. It’s sad seeing most Singaporeans here in Cambridge such lowlifes, much the study bugs who had not entered a club their whole lives, yesh! And we definitely don’t get this kind of crowd in the Polytechnic, that’s for sure! College is one of the best times of your lives, make the best out of it! 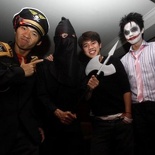 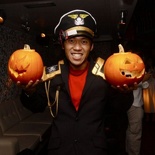 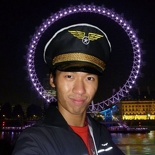 The last of my Halloween party saw an awesome boat party along the river Thames in London. The boat is more or less a self contained floating club with active lighting on the dance floor itself. You party on any of the decks on the boat which loops around the Thames from the London docksides to Westminster/London Eye. Awesome!

Check out more photos of the Halloween event here.