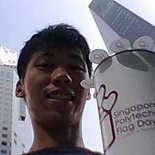 Today is SP’s flag day and we were everywhere, including being highlighted on today’s TV news as well. If you’ve missed us, well, then where have you been? My spot was at raffles place early in the morning, there I got to meet my “class tutor” Mr Teng who I got recommended by my Materials Lecturer, Mrs Lim who joined us for the flag day as well.

Commendably as I come to learn, Mr Teng was apparently the top class fund raiser for several consecutive years, no wonder- he’s a veteran in the field with his own form of tips, tricks and motivational tools to get us all fired up for raising funds and hitting the records. No wonder some of my class members managed to even get into our 2nd donation tins even before the morning ended, with more coming in for the lunch period. I got to know the DME class I was attached too better and as a mentor- sharing experiences and highlighting critical choices they will have to make during the important streaming periods for end of year 1 and 2. Overall they are a very cheerful bunch with a rather positive attitude, a rather good start prior to their first week of school next week. I wish them all the best.

The thing about selling flags in the central business district the obvious difference and disposable expenditure of the people generally working around the area. You can get an average to a dollar, $2 to even single $10 donations from a single person, contrary to $0.20, $0.50 and the most $2 you get around orchard or general heartland mall areas. We caught the rush peak hour from 8am to 9.30am as well as the first bulk of the lunch crowd which contributed the bulk of our donations. 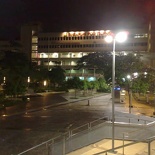 Got around back at campus around 4pm for collection counting, the thing of this flag day being different from the rest is the ability to actually count your earnings at the end of the day. Collected a descent pool of about $70, above our class target of $50 each and way above the recommended $20 and $35 average, though I felt that I could have actually collected more, it simply does not go in hand with some students I heard from other classes even submitting a single $0.20 for a whole day’s of earnings. After all it’s the values and skills learnt which far outweighs the material value earned in the event as part of inculcating the SP core values. In all, my class got the best overall collection for another year round and another achievement for Mr Teng himself. The event ended with students and lecturers all meeting up for tea at the MM office, allowing me to meet up and catch up on old times with all my previous lecturers where I got to learn more of their opinions of studying aboard, particularly UK universities like Cambridge or Imperial College London.

And juts when the day was over, managed to squeeze in some gym session till late, and catching up with the gym aunite on what to expect on the upcoming graduation, which went on to another 15mins plus conversation. Apparently you can still use the gym at designated hours with an SP alumni card, but they will always welcome us old regulars to use the sport facilities anytime given priority to existing full time students and staff, good to see the flexibility on their part.

Lastly, got a call from the SP Acad department, and was also similarly informed about it through the mail today as well, with one letter addressed to me and another to my parents. And no it’s not anything bad considering how I phased it, but rather something regarding awards. I won’t be listing down the awards here however as I never like to brag about my achievements, but don’t feel suspended as you will know, come SP graduation in May.