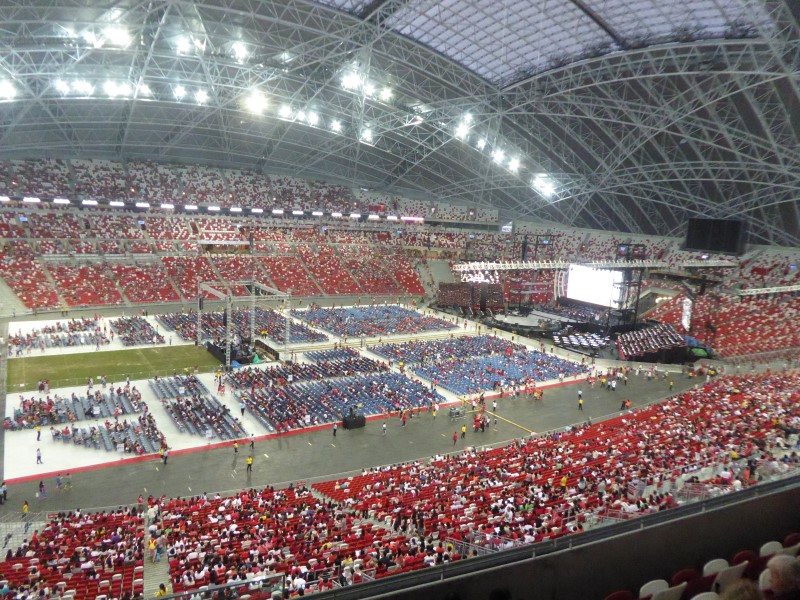 Sing 50 concert is a celebration of 50 years of Singapore Music. Held at the Sport Hub National Stadium, the concert was touted as one of the country’s biggest concerts, and a grand birthday gift to Singapore’s golden jubilee celebrations. Co-organised by Singapore Press Holdings Limited and held at the start of the National day weekend on Aug 7, admission to the event costs you $20 a pop, which grants you fixed allocated seating throughout the stadium. In addition to the concert is the SG50 Sing50 carnival, where you can join in live performances at the sports hub OCBC square. These mini concerts will run throughout the National day weekend from Aug 8 to 9 with all carnival activities being free. 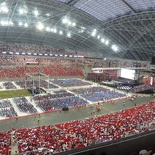 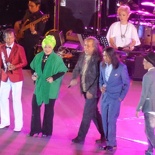 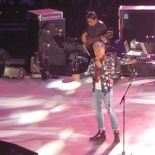 Queues to the main Stadium concert were rather manageable and not as crowded as that on the SEA games opening and closing ceremonies. The Sports hub had its field laid out in covers to house a stage, a PA and sound booth as well as the floor seating areas. The concert begun with a tribute to Lee Kuan Yew through the large with Jeremy Monteiro, Melissa Tham, Rani Singam, the Flying Dutchman and Glenn Ong as the many hosts and hostness for the night event.

The concert also paid tribute to 50 years of Singapore’s rich and diverse music scene, comprising of performances over several genres, particularly English, Malay, Indian and Chinese pop hits with a line-up of more than 70 artists, a 1,000-strong choir, pianists, rappers and support from the Metropolitan Festival Orchestra.

The concert kicked-off with Malay tunes brought to you by Malay folk singer-songwriter Art Fazil, Rahimah Rahim, singing familiar old kampong songs we all come to love about during our growing up years. On the rap and hip hop part, 50 rappers from the local community came together including Singapore rap artists Najip Ali, Sheikh Haikel, Singapore’s Hokkien-speaking rapper ShiGGa Shay, together with THELIONCITYBOY, Apl.de.ap for a high-energy rap segment. There were energetic performances by home-grown band The Oddfellows, and singing duo Jack and Rai. 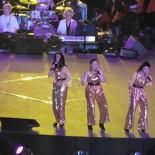 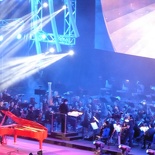 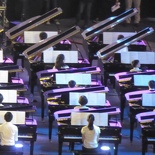 The atmosphere was rather mediocre during most of the music segments, plagued by a bad sound setup and horrible case of sound reverb with sound constantly bouncing off the roof of the stadium, which made the concert pretty unbearable, prompting many people to leave midway to find better seating locations.

With technicalities aside, Dick Lee sang a piece from the 1998 NDP theme song (Home) was still a song which truly touches the hearts of any Singaporeans. Tracy Huang and JJ Lin were the few favourites in the concert, which prompted a sea of handphone LED lights from the audience- a sign of approval that the crowd are enjoying themselves. Tracy sang many old local favourites while JJ Lin wowed crowds with contemporary songs and solo piano piece backed by Chan Tze Law and Metropolitan Festival Orchestra. 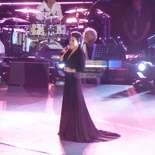 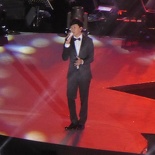 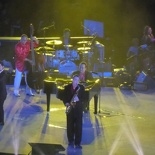 The Jazz performance (Shawn Letts and gang) was really good and groovy, topping with a specially commissioned classical piece brought to you by Cultural Medallion recipient Dr Kelly Tang’s played through a showcase of 50 baby grand pianos and a bright red special SG50 grand piano courtesy of Steinway Singapore. These pianos can be adopted from Steinway Singapore for schools following the concert. 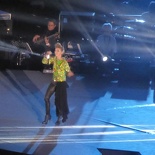 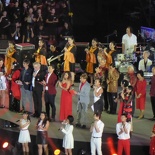 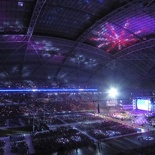 Last but not least, Stefanie Sun stole the show with her performance singing her various famous pop hit songs at her end of the show appearance. Surprisingly in typical Singaporean Kiasu-ness, almost a third of the concert goers started leaving after Stefanie’s item, which made the closing item with President Tony Tan very bland. I guess this is possibly in anticipation to beat the concert exit rush, not knowing that this created an early human traffic jam out of the event, which in turn actually main the exit of the main concert body less crowded.

It very rare to find our local artiste coming together in one very reasonably-priced concert, despite being plagued by a horrible sound setup, the concert is definitely one which will make any Singaporean proud at no other better time than our Jubilee weekend too.