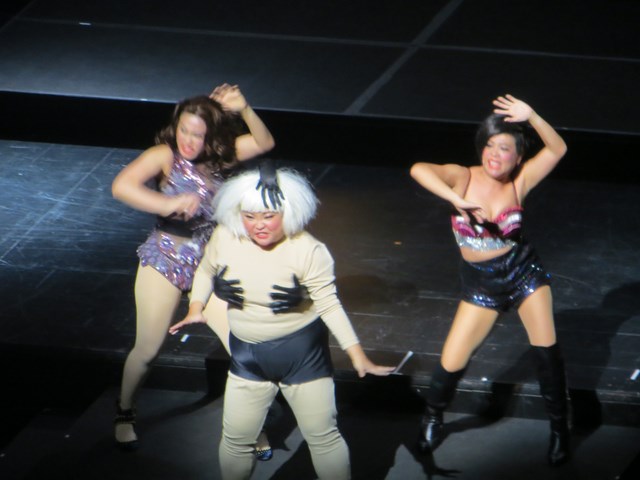 Recently caught the musical performance of the TingTong Belles at the Esplanade. It is a Christmas themed musical performance and comeback of the Dim Sum Dollies, brought to you by Dream Academy. New for this year, Selena Tan and Pam Oei welcome their newest Dolly, Denise Tan. Supporting the main cast are other “Ting Tong Belles”, namely Petrina Kow, Mina Kaye, Glory Ngim, Seong Hui Xuan, Judee Tan and Vocaluptous. So as they claimed, “it’s that time of year again for the Christmas performance”. The musical itself does not actually have any plot or story line, but rather a collection of several disjointed performances by several individuals, each with their own set of laughs. The target audience of the musical will mainly be Singaporeans, or people who had lived in Singapore for a couple of years to actually understand the barrage of jokes made, especially those made on local current issues. 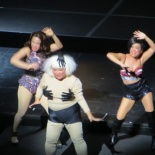 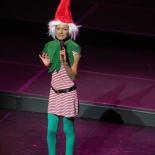 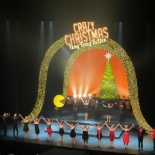 There was a combination of a variety of songs, dances and mini skits. The vocal performances were especially good with attempts to poke fun into current contemporary media and franchisees, with some occasional beat boxing. Knock-knock jokes are used as fillers between performances set with an occasional brush of Korean pop. The “Broadway” Beng segment is rather hilariously well done too, with Sebastian Tan standing up for a considerable segment blabbering on issues which will tickle any local at heart. Kumar himself made an appearance near the end of the musical for a seemingly short and rushed 10 minute talk-and-disppear appearance. Presumably he is paid by the minute for the performance just for that segment.

The musical will run from the 11th to the 22th Dec 2013, with shows daily (8pm) except on Mondays and two shows on weekends. It lasts for about 90 minutes with the musical score played through a mix of live and pre-recorded music. A ticket to the musical itself will set you back $35 to $127 depending on your seat location. You will be fine even with the cheapest tickets considering how well the esplanade is laid out. You may get additional discount perks on the ticket price if you are an OCBC credit or debit card holder. The musical is strangely rated R-18, I think the reason why could be due to obligatory self-censorship given the nature of the content discussed in the musical.

Overall the musical is excellent for a small-scale local production. I was a West-End/Broadway musical fanatic during my stay in London having almost watched every single major release when I was living there and during my tours in Lower Manhattan and Brooklyn. I can say this Singapore production is rather good and unique in its own way too, I was pleasantly surprised that we have such a capability in Singapore now. Though we do not have the calibre to run a full-fledged musical full time for most of the artistes here, It’s still a healthy step into the Singapore arts scene which was literally non-existent not too many years back. So give your support to the local musical scene and go “Ting Tong” in your Belles!