Hey here it is finally the Singapore Toy and Comic Convention 2008 was finally here. Held at the Suntec City convention center over the last weekend, the event is one of the few first public events to bring the whole toy and comic industry closer together in a series of annual cons and events held throughout the year and man was the place packed! 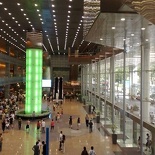 Here we are at Suntec for the SG Toy & Comic Con 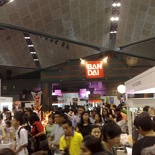 View of the Singapore crowd wahhh! 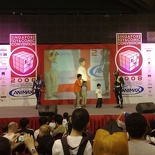 There is no entrance fee and you get a neat informational booklet with coupons upon entry, so any similar minded Singaporean will sure pop by to give a look. But don’t expect to find any goldmine of limited collectors editions comics from the dusty garage sale area or find trades for that all rare issue of superman missing from your collection- our comic fan base here is almost zero to nothing, so the only stuff we are getting here are not old 5c marvel comics dating to the ages, but rather reprints and rather commercialized bookstores simply selling their “goods”.

Few reputable companies were there as well, Imaginary Friends, the company which brought us the rather nice drawings and illustrations we can see in Capcom games (just to name afew) were there as well. Well not that the design scene in Singapore is appreciative of their work or many who know about them unless you are in the field. They have a life photoshop session on the projectors during showtime, where you can catch a few paint brush and spray tips here and there, but otherwise, for the average layman visitor there, all they can do is simply is stare in awe as the artists transforms a plain document into a nicely coloured illustration. Gary Erskine, who brought us lots of comics, notably even back from the old transformers era (no kids, it’s not that generation of transformers you see on TV now) was present at my visit and he was around to sign autographs as well as work on few on-the-spot commissions. Even old masterQ (lau fo zi) was there as well so that really added to the asian touch of the show, interesting. 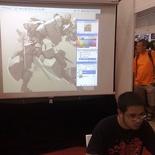 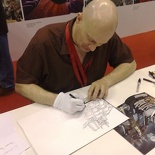 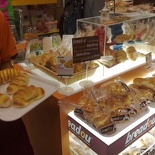 Some inedible bread anyone?

I was surprised to find an Singapore Polytechnic booth there as well, NUS was there too, specifically their comic club, but their presence was so small, I hardly even took notice. Otherwise for education institutions that very much about the attendance besides few private animation school offering courses of their own. I was surprised to find Mr Choy, one of my old lecturers who taught me in school back then who was the lecturer on duty at the SP booth that time. He proudly showed me his exhibits on display together with some background information and him being the coordinator chairperson of the event for the SP booth. Looks like they are intending to use the not only to showcase student’s works but largely to sell their design and animation courses as well. 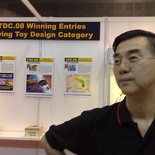 Mr Choy at the SP booth 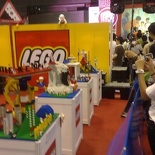 Some of the rather plain looking lego on display 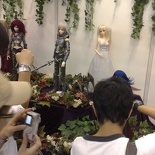 For the average visitor, this con is definitely an eye-opener for many, but if you’ve been to overseas comic enthusiasts conventions, things are really very much different, and they usually have one thing- focus and a very large fanbase, in fact it’s the people themselves there which makes it such a big hit, but it’s no evident here.

One reason why I find this local con rather disappointing is that besides it’s rather commercialized feel, there is no solid targeted crowd, with toys, dolls, game consoles, manga, animation, Japanese, Taiwan, Americian comics all thrown in one area. It’s like the organisers just want to hold the event to make a quick buck or two. You can’t put them all together and it dilutes the feel and authenticity of each genre. Coupled with a weak fan base here, it just makes this con here feel kind of aimless, not to mention pointless. There is no exclusivity as well especially with almost all “collectables and comics” sold can be brought from any common comic store on the streets. But hey I am in no position to talk about all this, so only things will change when our comic fanbase here becomes bigger.

On the forefront, we won’t be looking forward to the size of comic cons we see in the States such as those by Marvel or Dark horse fans, neither will we be seeing a Blizzard con or an E3 equivalent on our shores too soon too, but hey at least this is some baby steps forward into realizing that in in the future to come.