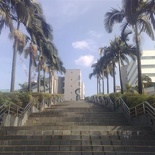 Was around NUS last week to submit my application, my 3rd time in fact. Only this time I wasn’t as anxious about it as what I did many years back, having been rejected 2 times in a row. Seeing all the first timers there all lost in the admissions makes me wonder how naive I was back then.

Looking back
It just makes me wonder and reminds me how harsh this world of applications are, together with why we use grades as an indicator for education in the first place. I’ve seen rejection and appeals all to the dumps, to other spectrum where college admissions boards actually coaxing top students and locking their application firmly into their university as if their lives depends on it. I’ve seen confused faces of students graduating with grades so low, they do not where to carry on from. It’s all just part and parcel of this phase in life again, the crossroads.

You may know me an a Cambridge Advanced (‘A’ level) grad who studied Physics, Economics and Further Maths when I was in middle-high who was ironically unable to enter any local university due to my grades, but was strangely welcomed openly into Australian universities such as Monash, RMIT to name a few- but all not my cup of tea especially having to do foundation, not to mention very expensive indeed.

The dollars and cents – Scholarships
I learnt alot during my term in Poly, particularly exposing me more to the commercial world of education, it’s apparent that Scholarships is mainly the answer for something which not only can flourish your portfolio with but breeze you through without paying for your semester fees at all. After all university fees are not cheap either.

Crossing the borders
Let be saturated Australia, I’ve always known and recommended that overseas education elsewhere is the edge for an individual. This is in contrast to what I used think- stubborn about studying overseas. However, that is where I come to learn that mindsets have to change together as expectations and possibilities grows. Known is the bombastic prestige you get from studying overseas, but heck that’s not what I am in for, neither was I ever egoistic in school about my grades. After all the nail which sticks out gets hammered. It’s the exposure which is deserving.

Globalisation? Thats broad.
For me, a scholarship is the answer again, so I applied for the DSTA scholarship last month hoping I can sponsored to study. I am really looking forward to study engineering in my shortlisted universities, namely Massachusetts Institute of Technology (MIT), Stanford University or the Imperial College London as part of my attempts to globalise.

What I need is a deserving education to feed my passion for designing and inventing contraptions to change and make the world a better place to live in. So if I do not sound much like Obama reassuring change you can believe in, it’s more of a quality factor I personally believe in- quality education. Only time will tell will I create another invention better than my last.

A person who fails to plan plans to fail, even with contingencies- If all else fails, well at least I was NUS admissions last week- I would be able have a place in NUS doing a double degree (Hons) hopefully under their bond free scholarship. Only that there won’t be the edge.