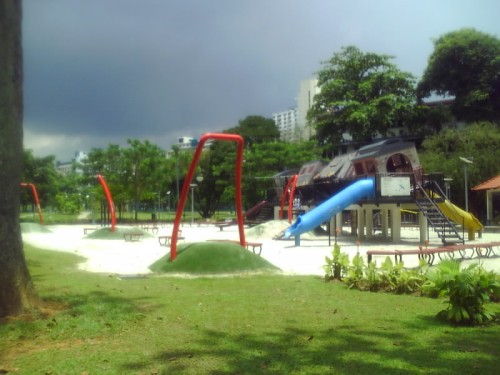 Tiong Bahru Park Running Route
Tiong Bahru Park had been around for a long time even with it’s previous face-lift and the introduction of Gan Eng Seng Secondary next door, taking a large chunk of it’s old land area and introducing a dedicated soccer field. The place started off as left over land from a sewage plant only to converted into a dedicated park a long time back. If you live in the southern city area, you definitely won’t give this little park a miss, being the only one real park connecting the centrals and filling in for residents of Prince Charles Road, Redhill, Delta and of course Tiong Bahru itself.

Route & Terrain (1.2km external park route)
The “new” Tiong Bahru Park has a rather simple idiot-proof layout, with a prominent perimeter loop span both ends of the park.

Tiong Bahru Park Standard 730m Loop
If you want to make of the longest distance in this small urban park, run the perimeter which will give you close to 730m in the standard loop (White Line). 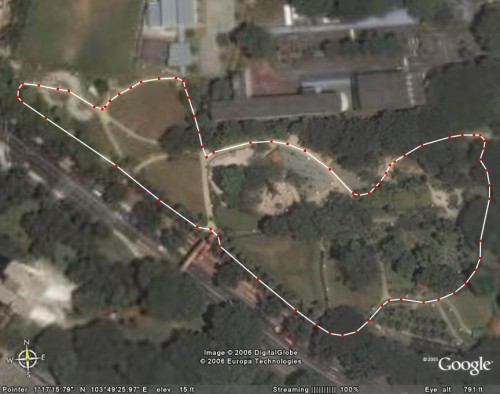 Tiong Bahru Park Extended 1050m Loop
(Yellow Route) For pacing and the ease of distance measurements by the kilometer, I’ve improvised an extended running route which makes use of a few more corners and extending few loops just for that additional 300m. 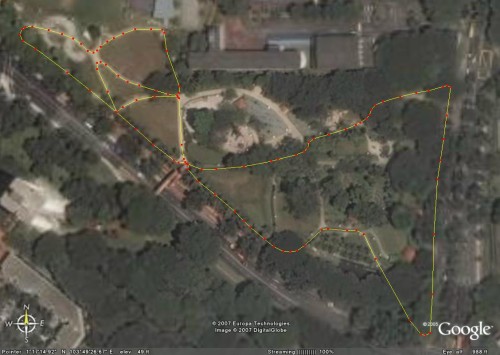 The park terrain is generally flat with few minor slopes and inclines with the longest slope being at the eastern end (nearer to Tiong Bahru Plaza). Taking the 730m loop will involve tackling this slope as shown on the south-east quadrant on the map.

The 1050m route will bring both the benefits of flats long straights as well and moderate inclines and steps per loop, so that a wider range of muscle groups will be used for your runs. It involves almost the same route as the 730m one but with an extension on the east side loop running along side the main road leading towards Delta/River Valley. 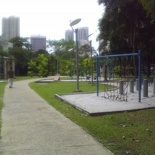 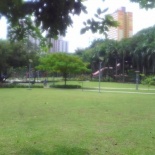 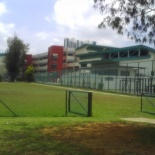 The park have an even mix and variation of tarmac, concrete, gravel and zig-zag tiled roads. You can usually start both these loops from the western (left) most tip of the park (the fitness corner area) where you can do your stretching and warm ups. To start the loop make your way down south on the straights with a concrete route leading towards the overhead bridge. There you will encounter a few forks to the left towards the children’s playground. Maintaining straight will bring you to the park’s carpark and pond area before going up a short moderate incline which is the topmost part of the park. 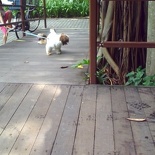 Pets for a Walk 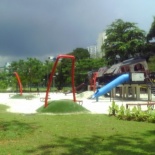 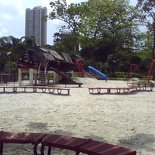 From there, turning right will bring you out of the park which will bring you a loop towards Deltahouse, Gang Eng Seng Secondary before returning to the park’s western tip start point (additional 900m). Turning left on the loop before going downhill will see you passing the park toilet and the podium/activity area, where you should be able to catch the regular elderly Taichi gatherings in the evening. Continuing on will bring you past the children’s playground and sand pits before heading back to the park’s open fields and ending the loop with a flank past the Gan Eng Seng rear gate and soccer field (1 Lap).

Scenery & General Surroundings
The park is littered with mostly Palm trees which only adds a visual appeal but not much in providing shade than the older (and noticeably fewer) Rain trees still preserved within the park. There are also quite a handful of shelters distributed evenly around the park in the even of a downpour. The urban air is relatively fresher in the park and beats breathing the air running along side the roads.

Besides catering to families and children with a large playing field and commendably well built playground, the elderly also have their own fair share of facilities such as ample sitting benches and foot massage stone walkers, not to mention wheelchair accessible toilets as well. 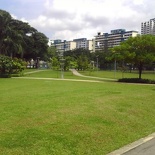 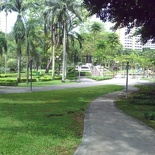 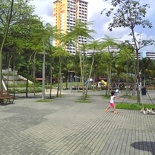 The interesting thing about running here is the inter-connectivity between this park and the various running spots with the vicinity. You can easily bump up your route by exiting on the western corner and make a loop round Redhill MRT along Tiong Bahru road up to Tanglin Regency (Alexandra Road) towards Delta house and back to the park again (additional 2km). Not to mention adding the Alexandra park connector into your planned route as well, a different run each time with it’s own sights and sounds – your say!

Lowdown
A nice little retreat in the urban wilderness which not only caters to families, children and the elderly but with plenty of running and flexible routes around the neighborhood. What’s more the place is largely accessible and littered with a variety of eating places for your post exercise meal. 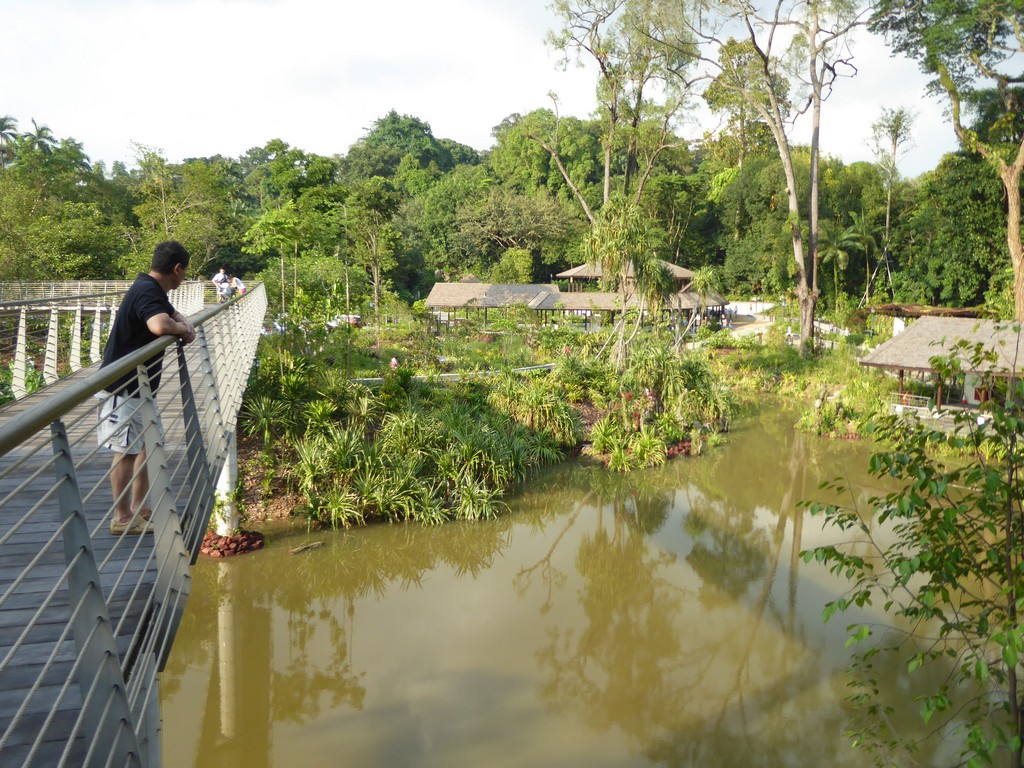 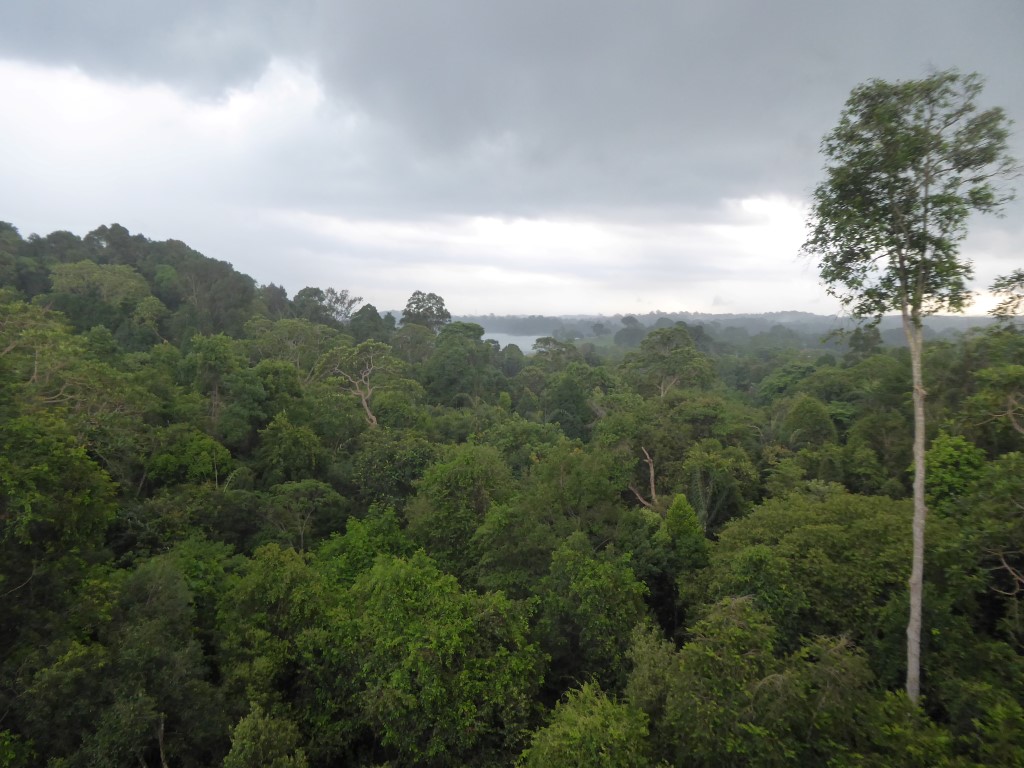 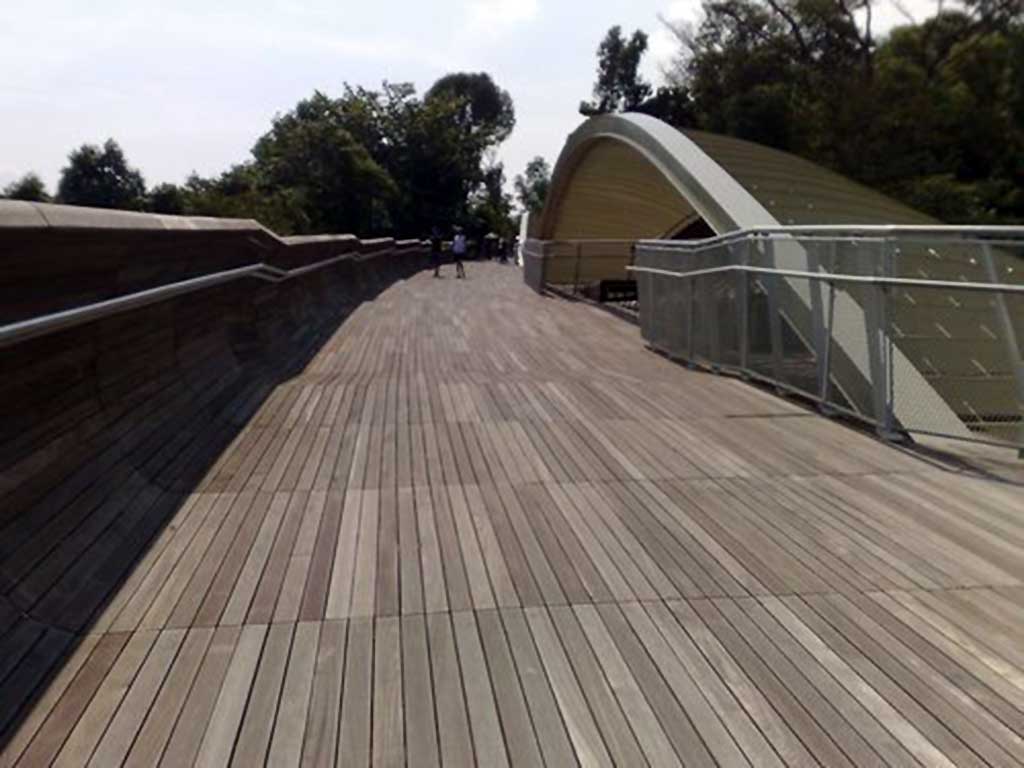 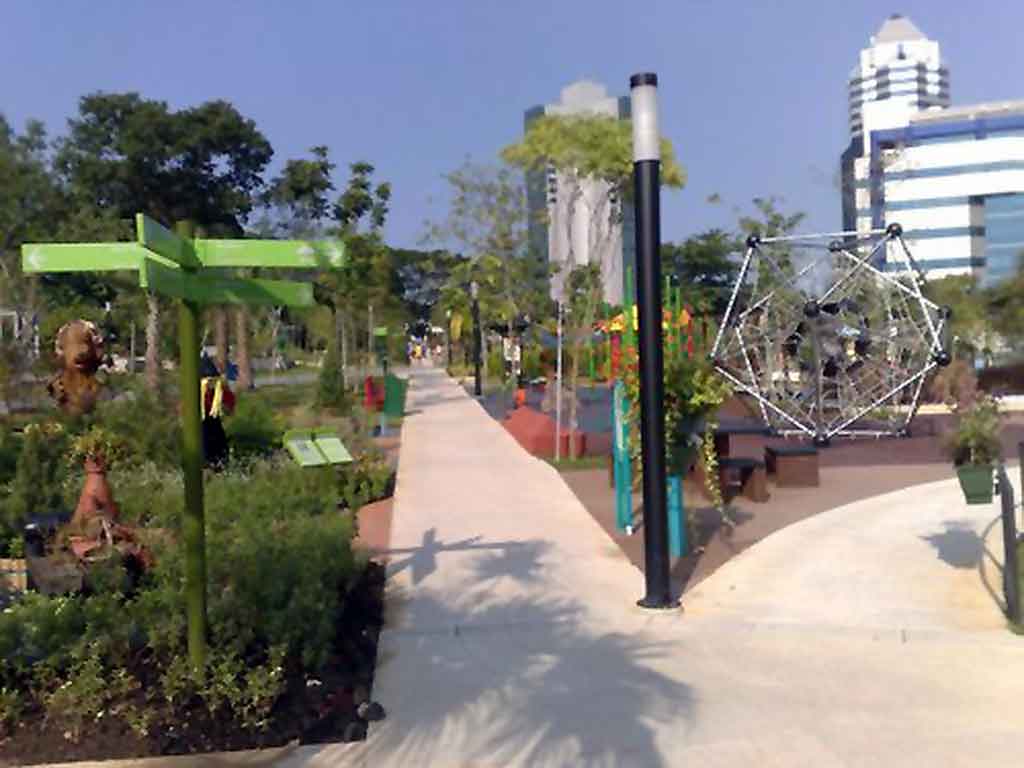 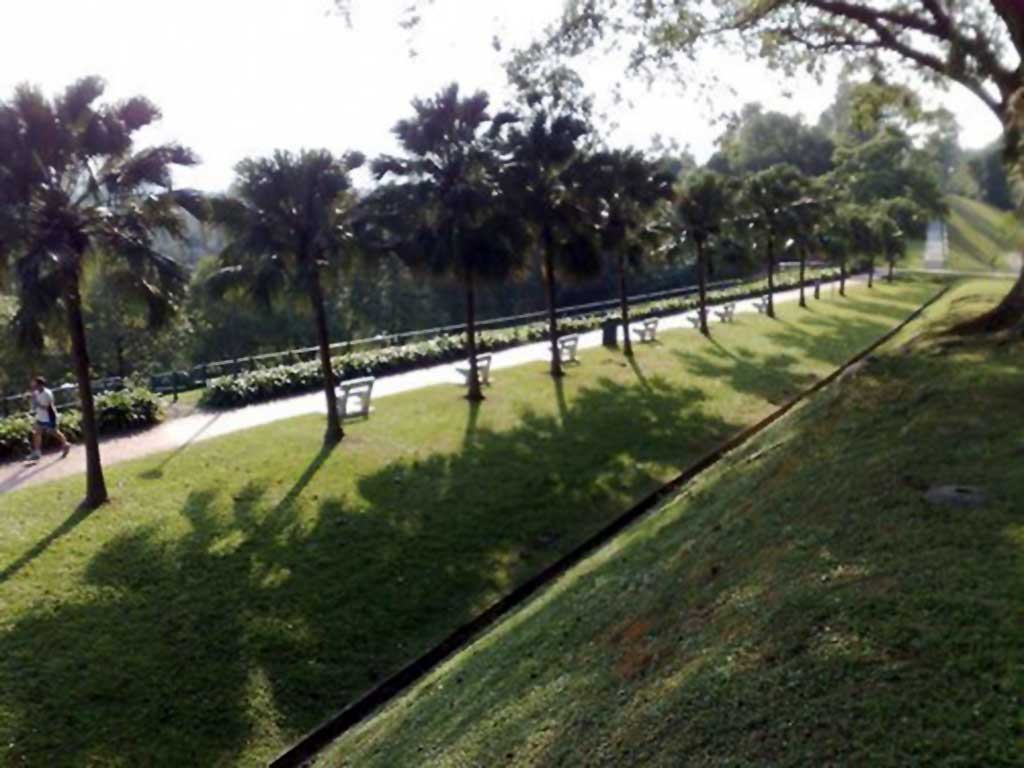 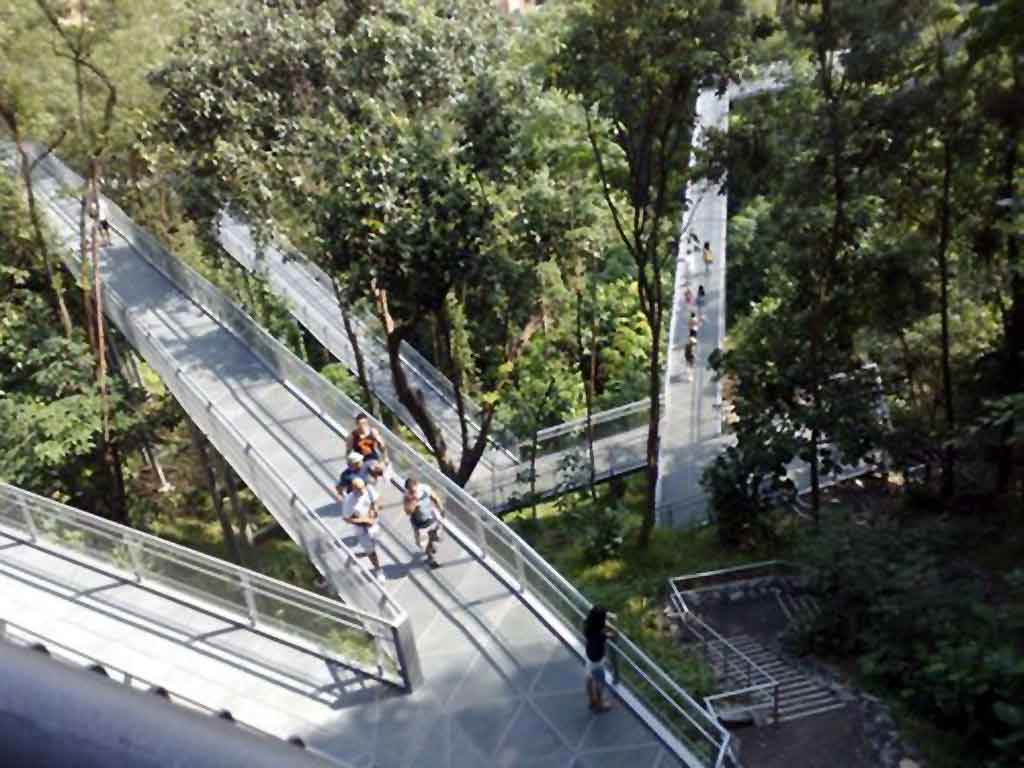