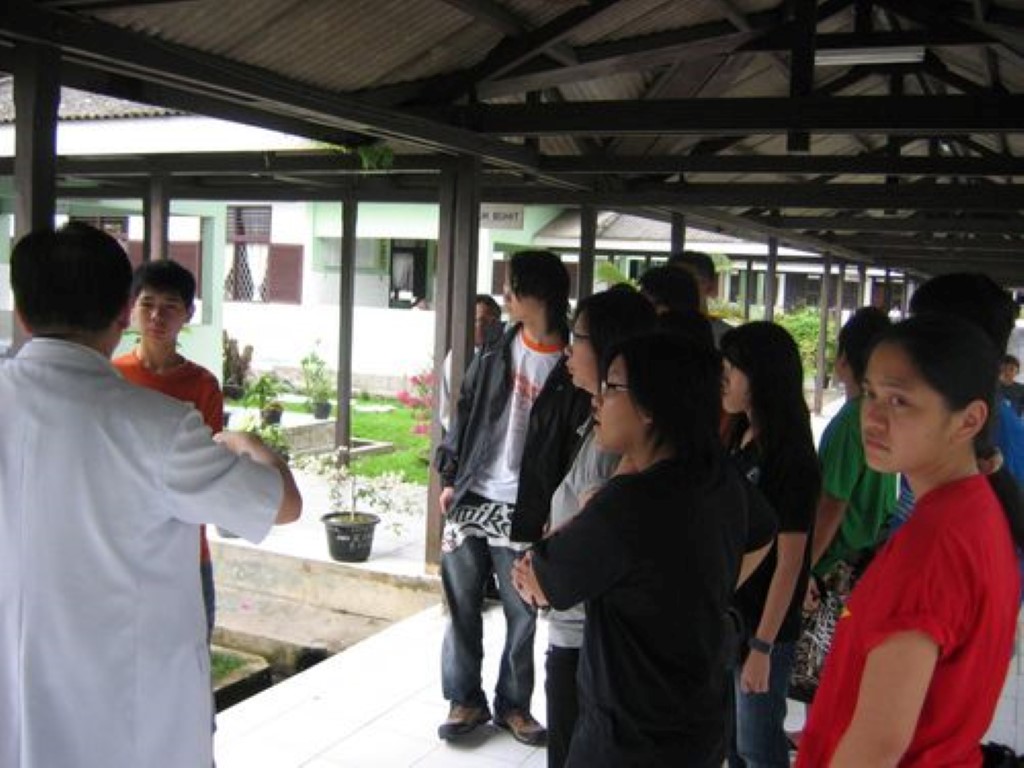 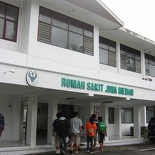 22th Dec Friday – Today would be the mental hospital day visit, for many it will be a first time experience stepping into one, coupled with all kinds of freaky stories Ning told us the day before. Breakfast was hokkein mee on banana leaf before embarking on about an hour’s long journey to the hospital which is situated in a rather remote rural area.

Mental Hospital Visit
Outside, it looks like any 2 floored building which could be mistaken for a school unless you notice the signs on it. There, we were introduced and brought round by Dr Wilson, the doctor on duty for the day. The patients were housed inside long houses lined along a central white tiled walkway, ranging from the ‘intermediate’ ward to the ‘advanced’ stage of mental unsoundness, where their controlled dosage of a drug to keep them sedated is being lowered as their condition improves. Sadly, a handful of the patients are more or less normal, but their families just refused to take them back. Then there are some who just got thrown in (some even recently) because of repeated family violence, deeming then as mental patients. 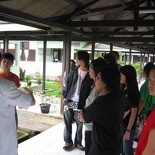 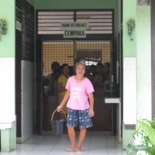 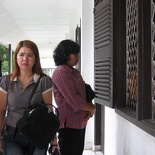 stories from the patients

We get to interact and learn about some stories from the patients in the long houses, including the ones were deemed normal are allowed to roam the compound area freely. Some stories are rather touching while some are quite hard to believe, after all we must not forget that mental patients tend to be deficient in distinguishing reality from fiction, the realistic form the unrealistic, so there’s a degree of trust and belief we put into interacting with the patients (also as cautioned by Dr Wilson himself, besides also the possibility of being splat by patients). Nevertheless leaving the paranoia behind,

The place is a government funded hospital so everything there is more or less subsidized. There we were also introduced to the brain mapping and ECG rooms, a place for them to determine the degree of ‘brain unsoundness’ and the following treatment thereafter, ECG is more an equivalent of the Men-In-Black neutralizer – To wipe your mind clean of something (like an incident, thoughts of suicide, etc) for recovery. 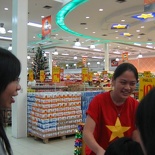 Admin Time
The trip will end with a fellowship rotary BBQ on the last few days of the trip. Found some time as the end of the day for some shopping for the coming Sunday’s BBQ items at nearby Brastagi super market. It seems like BBQ shopping revisited – just like shopping for my track & field BBQ last week. At least my memory of required items, foodstuffs and accessories are still fresh in my head, allowing an accurate gauge of the needed amount of quantities for the needed target audience -29 people. Trademark items includes chinchow dessert, boneless chicken on top of the standard hotdogs, crabsticks & nuggets. Even Nig had plans for a chocolate fondue, prompting a raid at the chocolate sections. Nesh married to a 12kg box of Mangos which he’s gonna so heroically bring back home. Besides the lack of boneless fillet & seafood, (which will be purchased separately at carrefour later) there was a brief moment of Peili zipping around in the shopping trolley prompting some orderly attention by the guards, otherwise shopping was cool. 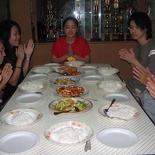 Had a long much needed rest back at home before heading to the rotaract president’s home for dinner at night. It’s surprising of her to invite again. We had home cooked food with a rather large spread – chili crabs with fried buns, prawns on top of 2 kinds vegetables and fried sotongs on top of a rather mother load of dinner table chatting our group has (not to mention lameness and craptalk) courtesy our rather noisy, overly-entertaining, side-splitting but rather interactive members.

As told by Lisa’s dad, the Rotary president just simply loves inviting and hosting dinners at her residence, it’s something which makes her happy and she deeply enjoys it. That is also why they too, try their best to frequent the president’s home for social gatherings- To keep her happy.

It will be a long day tomorrow…