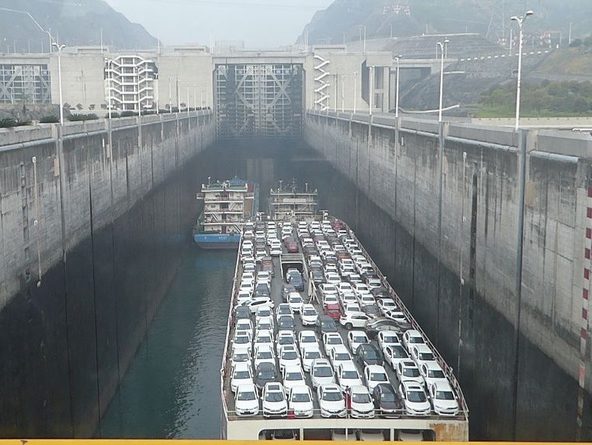 Located in Yiling District, Yichang, Hubei province, China, the Three Gorges dam is the biggest and largest dam built in human history. The man-made concrete structure stretches almost 2km across and is about 5 times wider than the Hoover dam. Construction of the dam started on Dec 14, 1994 with intent of providing clean and dependable hydro-electric power and most importantly, to tame the Yangzte with flood control. Operated by China Yangtze Power (subsidiary of China Three Gorges Corporation), the dam opened with operational capability on 2003. The hydroelectric dam aims to provide for clean energy for the cities around the region. The dam is rated at 22,500 MW (87 TWh) delivered across thirty two 700 MW generators each weighing 6,000 tonnes. This produces an output twice as much power as all the nuclear power stations in Great Britain. 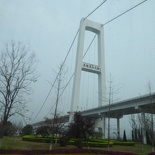 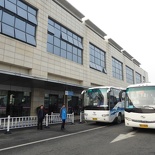 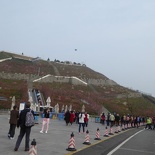 The best way to see the dam is via foot on a vantage hill peak adjacent to the dam. The Chinese has thought of everything to capitalise on the dam as a tourist attraction and made the area the primary tourist spot to see the dam. You can charter a bus or get a taxi from San Dou Ping Zhen Village to the Three gorges tourist center in Tie Tao Shu Wan. Here you have to disembark to clear security within the visitor center and take a connecting bus ride to the base of the hill served by a series of inter-connecting up-going escalators bringing you to the top of the hill past several nice flower planters. 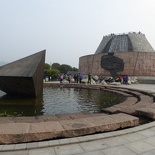 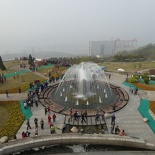 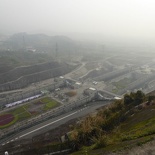 A park garden complete with statue murals and a fountain sits at the top of the hill, with the summit building and observation deck offering scenic 360 views of the dam towards your west and on the east, a large iconic industrial-like area where 5-stage waterlock ship transport system is located. Here you can find a visitor center housing a scale model of the project. The tour continues downhill on the other side of the hill via escalators bringing you to a queue area for an electric shuttle (10 yuan), this ride zips you past the ship-locks to the dam site itself (Pier 185) 18744. 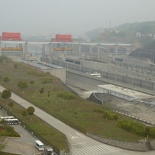 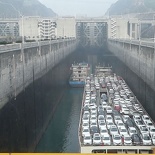 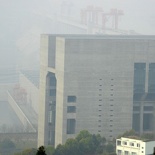 From the side pier beside the dam, the Three Gorges dam is so wide that on an typical hazy day in the region, you can’t really even see the other end. The design of the dam however, is rather plain concrete, but functional, though not as iconic as other spectacular dams, like the Hoover dam, which though much shorter and compact, spans between steep 2 majestic canyon walls.

The introduction of the dam too however, itself created a few problems itself. The Yangtze river is over 6300km long, widely known by the Chinese as their “mother river”, feeding the settlements residing along her banks through the rich alluvial soils for agriculture on the flood plains, as well as offering a mode of long distance transport. The dam has prompted the mass relocation of hundreds of settlements along the upper part of the Yangtze river, as well as submerging many archaeological sites from higher river levels upstream. Moreover, the dam itself acts as a filter for fertile mineral alluvial which washes from the highlands. This is also the reason why you get more farm land upstream and seldom get much agricultural lands after the dam. 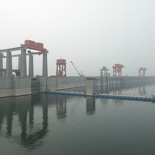 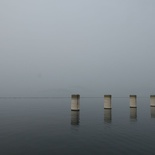 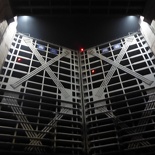 The water level on the upper Yangzte is controlled primary by the dam exit allowance of water downstream. Which various year on year, you can see distinct alluvial marks on the river banks on the up-stream. This provides the required flood control, which sees a less variation of water levels, with less-prominent alluvial marks compared to upstream.

You can read up more on my experience about the dam’s amazing 5-stage waterlock system here.