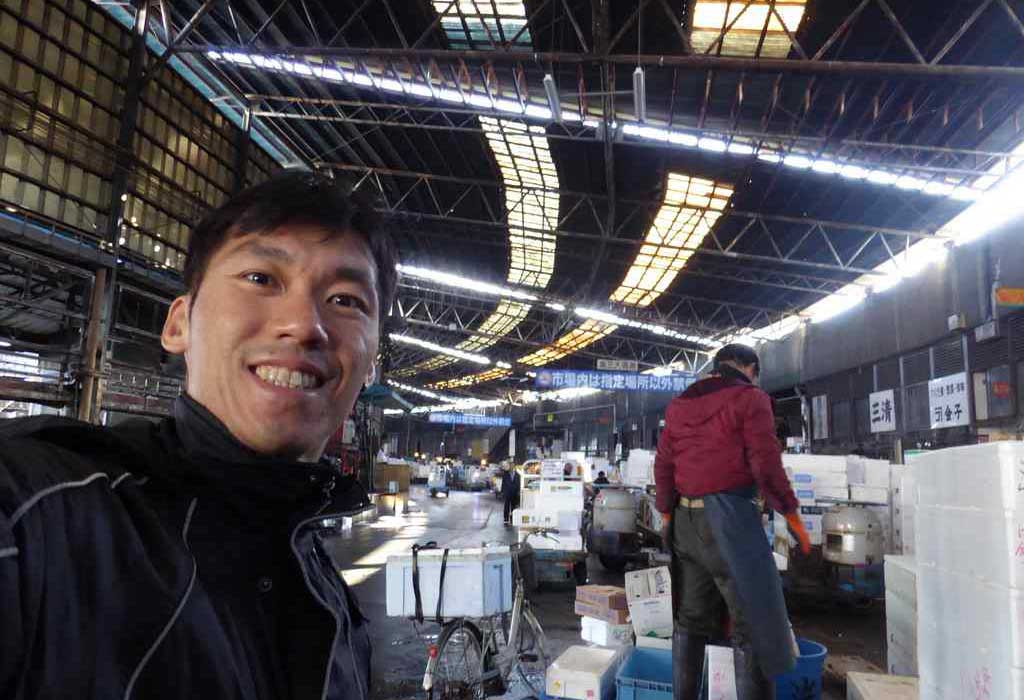 The Tsukiji (築地) Market, also known as Tsukiji shijō, is a massive open air fish market and one of the largest wholesale fish markets in the world in Tokyo, Japan. If you had seen giant premium tuna cube blocks being auctioned in the wee hours in Japan, chances are this is where it happened. I had been to the market in 2017, the year before their major move to their new location in Toyosu. Let’s explore the legendary market and a look at its history and beyond.

The original Tsukiji fish market was one of the largest food markets of any kind. The fish market officially opened on 11 Feb 1935. Notably, it was to replace an older fish market nearby that was destroyed in the 1923 Great Kantō earthquake.

Moreover, Tsukiji market was supervised by the Tokyo Metropolitan Central Wholesale Market, and the Tōkyō-to Chūō Oroshiuri Shijō. This are part of the Tokyo Metropolitan Bureau of Industrial and Labour Affairs. Also, at its peak, the market was the largest wholesale fish and seafood market in the world. It closed on 6 October 2018. Today, the market operates at a new permanent nearby site 2.4 km from its original site called the Toyosu Market (豊洲市場).

Tsukiji was a fish market before the world come to know what premium Fish markets were. In the 1500s, the market was originally located in the Nihonbashi district. This was next to the Nihonbashi bridge (where it took its name from). Moreover, this district was one of the earliest places to be settled when Edo (early Tokyo) was made the capital by Tokugawa Ieyasu in 1870s, the previous capital being Kyoto City.

Additionally, the market, built on a nearby highland hill was a means of a central location to provide food (fish) for the Edo castle in 1590. It started with Tokugawa Ieyasu roping in some fishermen from Tsukuda, Osaka and local Edo to sell their catches.

Moreover, unconsumed seafood by the castle was sold at the market near the Nihonbashi bridge. It goes by the name of Uogashi, translated it literally means “fish quay”. Also, the land Tsukiji market sat on was created during the Edo period by the Tokugawa shogunate after the Great fire of Meireki of 1657.

Interesting, sits on reclaimed land on the Tokyo Bay. Also, the name of the market Tsukiji (築地) interestingly named after the region’s name meaning “constructed land” or “reclaimed land”. 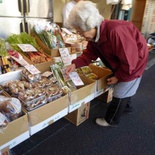 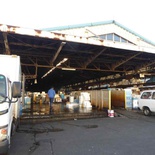 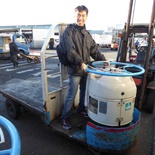 Additionally, the market involves about 60 thousand registered stakeholders and employees. This includes distributors, wholesalers, accountants, auctioneers, and company officials from the around 900 licensed dealers at the market.

Moreover, Tsukiji handles 1,628 tons of seafood daily, and up to 700,000 metric tons annually. This comprises of over 480 different kinds of seafood. This includes many varieties of fish, whale meat, crustaceans, seaweed, caviar and even urchins and octopus, to name a few. Highly priced fatty tuna andcaviar can fetch breath-taking prices in the millions of dollars each in auctions. 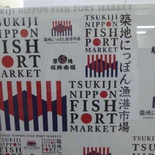 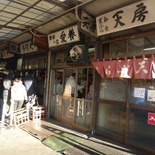 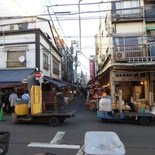 Furthermore, the market has an inner wholesale as well an outer retail market. The outer area comprises of alleyways of restaurants, and associated restaurant supply stores. Also, some stores here are exceptionally popular with long snaking queues from local patrons and tourists, especially during lunchtimes.

Additionally, the selling point of these restaurant establishments is that they serve daily fresh seafood. These are sourced directly from the market. They are fresh, but also priced at a premium point, with sashimi plate per person going from S$50.

I would recommend avoiding the popular stores and head to the less crowded stores still in the market area. The quality is indistinguishable. These “less popular” stores also serves their daily catch of the day, with a much shorter table waiting time. 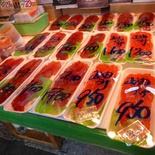 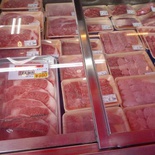 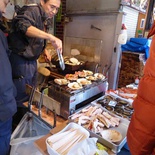 In addition, the inner wholesale market has restricted access to visitors and is where most of the market magic happens. Here you can find crates and tanks of live seafood. Some so fresh they are still slithering in their tanks.

Also, trade can amount to about worth 1.6 billion yen (S$19.6 million) of seafood trading hands on a typical day. This typically starts in the early wee hours as early as 2-3am going till late mornings. The markets are usually devoid of traders around lunchtime. 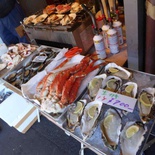 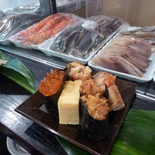 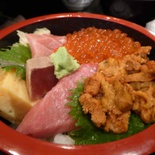 The big move to Toyosu

Notably, the relocation of Tsukiji fish market was due to the opportunity cost of the land it sits on. The market was located in Tsukiji in central Tokyo. Tsukiji was situated between the Sumida River and the upmarket Ginza shopping district. Here, the market occupies valuable real estate near Tokyo’s city center, planned for redevelopment following the market’s move.

Eventually, Tsukiji moved to Toyosu, with Toyosu opening on 11 October 2018. However, the move was not fought with controversy. Plans to move the fish market on November 2016 before the 2020 Summer Olympics were stalled on several occasions. This was due to several turn of events, such as a fire some of the outer buildings on August 2017, as well as concerns of heavy pollution of the land the market sits on.

However, Toyosu’s compartmentalisation of visitors and merchants gives the new market a cold sterile feel, and not as cozy as what Tsukiji previously offers.

All in all, looking back, Tsukiji market was quite a gem of fish market. Tsukiji had the sights and smells of a fish market absent in the now sterille Toyosu. It stood it’s test of time over centuries, overtaken by development and desire for Japanese efficiency, with memory now confined into the history books.