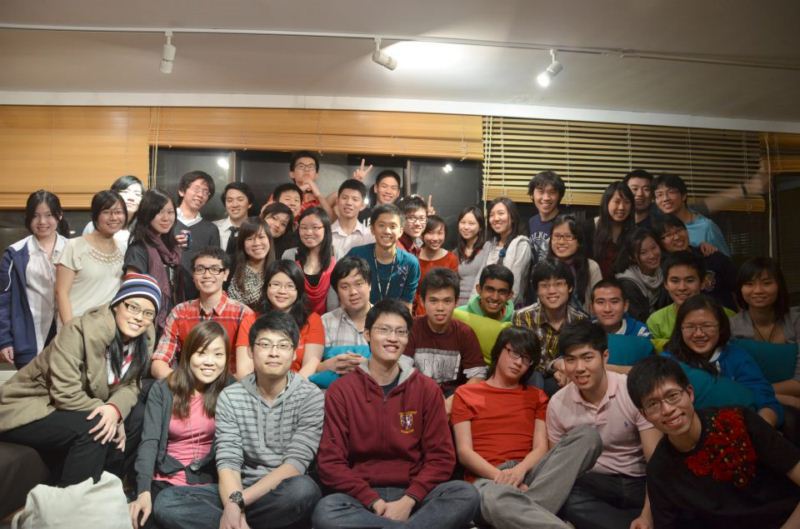 It’s the Chinese new year and of course no new year celebration to welcome to Lunar new year is complete without the inclusion of food! And lots of them. This year’s celebrations was held at the Queens college junior combination room. I’ve never been to Queen’s JCR before, only their halls for formals and apartments of friends in the area. Apparently it’s situated right on top of a loft proving rather good views of the River Cam via Sliver street and the adjacent University center (where the gyms are). Despite it’s rather small size, the JCR was decked out with plenty of sofas and furniture, not to mention being able to accommodate an odd 30 over people who turned up for the gathering.

It was organized by mainly the second and third years of the CuMaS association, the Cambridge Malaysian society (why can’t the Singaporean cookouts be just as awesome?), with many new faces, namely several year ones where we spent most of the evening meeting and integrating into the group. 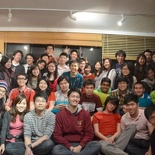 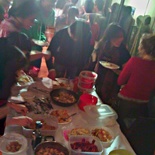 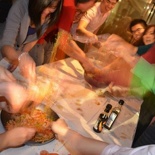 Huge servings of variety of local Malaysian and Singaporean delicacies such as noodles, (Mee goreng style), Curry chicken, omelettes and Bak kut teh just to name afew. The huge group turnout calls for at least 6 rice-cooker pots of home cooked chicken rice and a double tossing Yusheng at the end of the dinner session. It was quite a big feat to prepare all the food for so many people as well.

The Lunar new year is just like any other day here in the UK, a typical work day buzzing with people on the streets, with school still on and lectures to attend, with the exception of Chinese restaurants and takeaways all closed. Chinese new year for me this year was a rather simple and fat-free one too, considering I was more selective on the ones I am able to go this year given my leg injury. Also with most of the awesome seniors who graduated last year not around in Cambridge to organize their trademarked annual steamboat dinner, I am happy to say that the food standards had not dropped either. This new year mass pot luck is one which still lives up to the legacy set by the seniors of last year.

Having said that, in the light of the Chinese new year, wishing you good health and a prosperous Lunar new year of the dragon ahead!