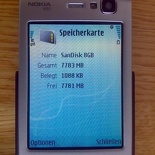 Here are some heads up and it’s official on the new revised N95, primarily made for the US market it’s still called the N95 aka N95 US (and not the N95i nor the N95 music edition). There is no telling how Nokia will rebrand it here in Asia, but for identification stakes I will call it the “i” version and man do the specs look convincing.

Nokia N95 US Edition (aka N95i)
Nokia really listened to users this time addressing the battery issue head on with a new improved high capacity 1200mAh battery in the same compact phone size & dimensions. There is confirmed 8GB SDHC support tested with Sandisk 8GB SDHC (which should largely compatible with most other major SDHC brands too).

Moreover, besides firmware and miscellaneous cosmetic improvements to improve usablity the internal RAM had also been doubled to 128MB. For those often giving your phone the “spins” the lens and cover switch does not protrude out of the body now and sits flushed inside the phone’s body. In summary, here are the following improvements we have:

*Note these are the only listed changes, specs not mentioned are left the same (i.e 5MP camera, SiFR Star III GPS, etc).

There is still word on whether the screen is bigger or spot a higher resolution, but frankly, that is the least the N95 needs in terms of an upgrade- a larger screen with more pixels means a larger battery drain and it defeats the purpose of the larger capacity battery if battery life is already a concern for many. 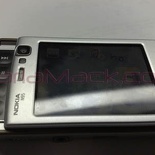 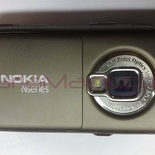 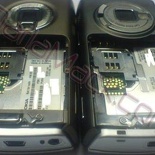 The phone will still come bundled with a 1GB MicroSD in the box (which I believe you will be junking for a higher cap anyway). For those who currently own the N95, nope you cannot use the new high capacity battery as it’s thicker and won’t fit the old N95 (see above picture with the new N95 on the left and old on the right). Expect the old N95 prices to tumble the moment this baby comes out year end before Christmas and this new baby will take the pole position as Nokia’s Flagship phone.

Nokia N95 8GB Edition (aka Black Music Edition)
It’s official, there is actually (believe or not) another 8GB version of the N95 coming out, so shown by FFC reports with real pictures to brag. So apparently the old rumors were actually true. 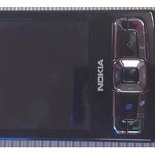 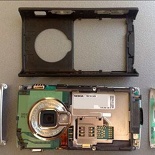 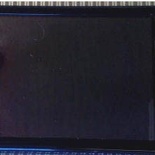 The N95 8GB edition will be available in black and is a successor to the N91 8GB music phone. Though running on 8GB flash memory, the only drawback is that there is NO MicroSD expansion slot in this edition of the N95. 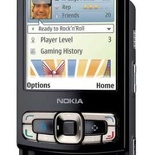 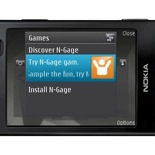 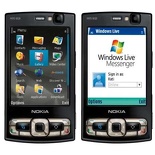 In place will be Nokia’s large data management application. The camera will be similar to that of the N95 US (as shown above) with the same 5MP carl zeiss optics but flash repositioned to the center with the sunken lens. The 8GB music edition will also spot the new larger battery cover (and larger battery as well). Best of all, it’s available all in Black! It looks simply stunning with the blue LEDs lighting.