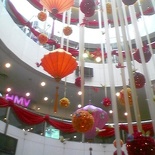 Woke up half an hour late at 9.30am today. Met up with Andy at Raffles City MRT headed to Dhoby Ghaut to sign the deal together with Citibank, but their “big boss” wasn’t around, pushing the signing to next week. This project is a side $2k -quoted job so for far the month. I guess I won’t be able to take any more projects this month, considering all the term tests coming up in the weeks, not to mention other commitments like competing in the Inter-Varsity Poly Games at the end of the month.

I guess the thing about life now is about prioritizing & managing time. Money is not that hard find, in fact it WILL FIND you (contrary to popular believe, which I am not complaining!), its whether you have the time to actually take on the projects & earn it. Time which I don’t have. Haiz…. me still having second thoughts of rejecting the $10k-quoted project for a company in Science park, but I guess for now it’s studies first I guess. Haiz must get into NUS… study, study, study, money can earn later.

Taking about University, Monash sent in a rather “late” christmas & new year greeting today, considering it originating direct from Australia, therefore the delay. The thing is that I am not even studying or a student in Monash University. Given the past fact of me personally rejecting their offer for a place in the college due to high expense costs, I just could not afford $50,000-$90,000 a year at such short notice, esp towards the double degree course I was aiming for. But I guess my name is in their records anyway, hopefully not the blacklist :X 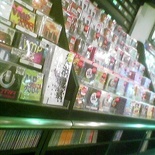 Found some last minute free time & chilled out at hereen, HMV & starbucks. & man did I come to find out that orchard in the morning is an excellent place to relax & chill in the cafe… quiet… nice… mrrr! maybe I should frequent mornings there more often. Did some window shopping & checked out the new LG phone, the L7200 which I may be getting by mid year. Its $650 now, it should reach like $400 by then. LG phone prices are known drop rather speedily….. So I learnt the hard way on not spending more than $800 on a phone, which I dumbly did for my Siemens SX1 for $888 2 years ago. Haiz the phone is not worth even $200 now.

I guess the dumbest thing I done today is donating $10 bucks direct to a stranger at Somerset MRT. Who I get to know from his rather interesting 3min intro – is a helpful civil servant (police officer with valid ID), has a charity permit & is doing a drive for some disabled children home or so. Haiz, me so penny-wise-pound-foolish- So stingy on personal wants, but give too easily for charity donations. Ate economical vege-rice instead of luxurious Japanese udon for lunch to “cover the costs”… Mmm, care to donate to the save Shaun fund too?

Class started at 1pm. Strolled into ETECH class on time with my bag, a “today paper” in one hand & a cup of hot beverage in the other (typical “hi, good morning!” look) only to be sully greeted by teacher – no drinks allowed, get out! But that didn’t stop me from blatantly smuggling it in & slurping it dry by the end of class. Haiz perceived liberalism… I mean whats wrong with a cup of coffee by your table side to keep you warm through the lecture? That is perfectly ok with other lectures in campus, let be even my lecturers in SAJC or in Uni. Dumb-asses.

Class ended early, like 1 hour. Also as I guess there is no reason for us to stay too, partly as our lecturer also wanted out early too. Spent some time pumping out at the gym & did 5km on the treadmill before calling it a day.