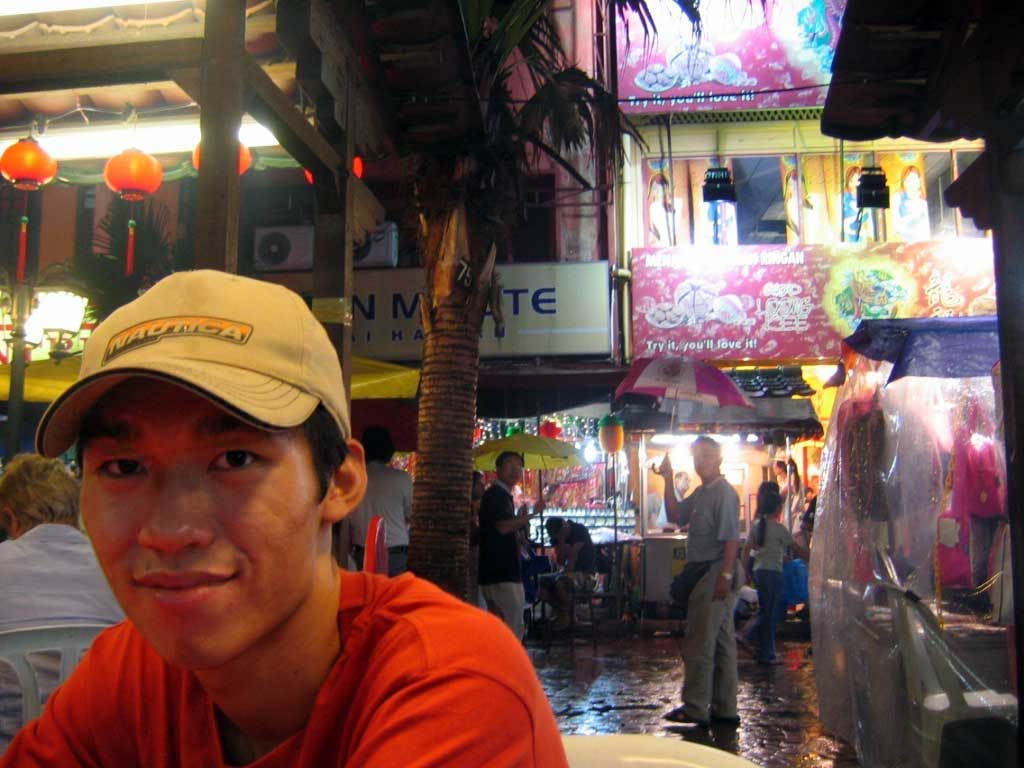 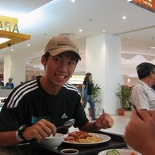 26th Dec 2005
Wokeup at 9am for a relatively late breakfast at the hotel coffeehouse. Its the usual American breakfast for 4 with a moderate spread. Made our way to Berjaya timesquare taking the backlane route we took last night. The size of times square never fail to impress me till now even being my second visit. Not to mention the number of Starbucks cafes within the square kilometer or so, like 4-5 I say? Me wonders why don’t we convert our orchard road’s Nee Ann City to something like that, with IMAX theaters, A disfunct (yet cool) 48 lane bowling alley, Cinemas, A theme park & almost 14 levels of shops. Brought myself 2 nic shirts from nicole with compliments from mum, (whats more its going like 10SGD for one? whahaha spurge spurge spurge) before heading into the theme park with Sheena for the day priced at 25RM per head for adult entry, its definitely more worth its than the 23RM indoor themepark entry cost for Genting. 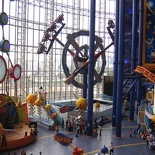 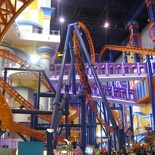 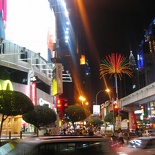 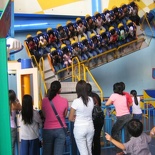 All the rides are operating this time, so was DNA mixer this time. The highlights in the park would definitely be the Intamin indoor roller, called supersonic odyssey. & man do I love the bumper cars in this park they do go fast – mu liking! Other than that rode on several flat rides such as space attack, izzy dizzy, the spinining tower thingie & DNA mixer which was one hell of a nausea machine, even worst than the 360 degree spinning space shot, its like taking a ride in a washing machine non-stop!

We left the theme park around 4pm for Lunch at the food court, situated on upper floors of the building. Had some fried rice, some rest before continuing shopping aroung the area. And do many shops there were closed in Berjaya today, a rent hike? Maybe. Locked ourselves back in the theme park for the rest of the afternoon-early evening to catch up on un-rided-rides before linking up with mum & dad again for dinner…

Dinner was planned at the usual street hawker area along Jalan Bintang, where vans of Fatboy Steamboat seems to line the streets endlessly on this stretch. There is this store maned by a auntie along this stretch of hawker road which my dad always patronises, but a chat with the locals may we know that she’s not open on Mondays, which is her rest day. So no favorite fried hokkien noddles or horfun, considering this being our last night in KL. But that a minor problem as a seemingly endless line of zhe-cha hawker restaurants are there always open for the night, not to mention variety & man was the place crowded! 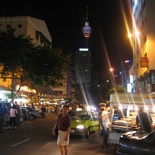 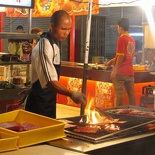 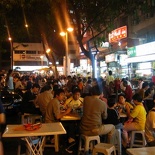 Many shops were closed by the time we finished with dinner like 9.30pm+ so didn’t get much shopping done. & we started our walk back to the central shopping area back to the hotel. Later do we found out how inter-connected the roads are & we actually walked a big round through the shopping area where there’s actually a direct 500m route from our dinner area to where our hotel actualy was! Dang!

But it was good exercise anyway, after a hearty meal too.

Caught the humorous show duplex in the hotel before calling it a night.
(end blog at 00:58am)