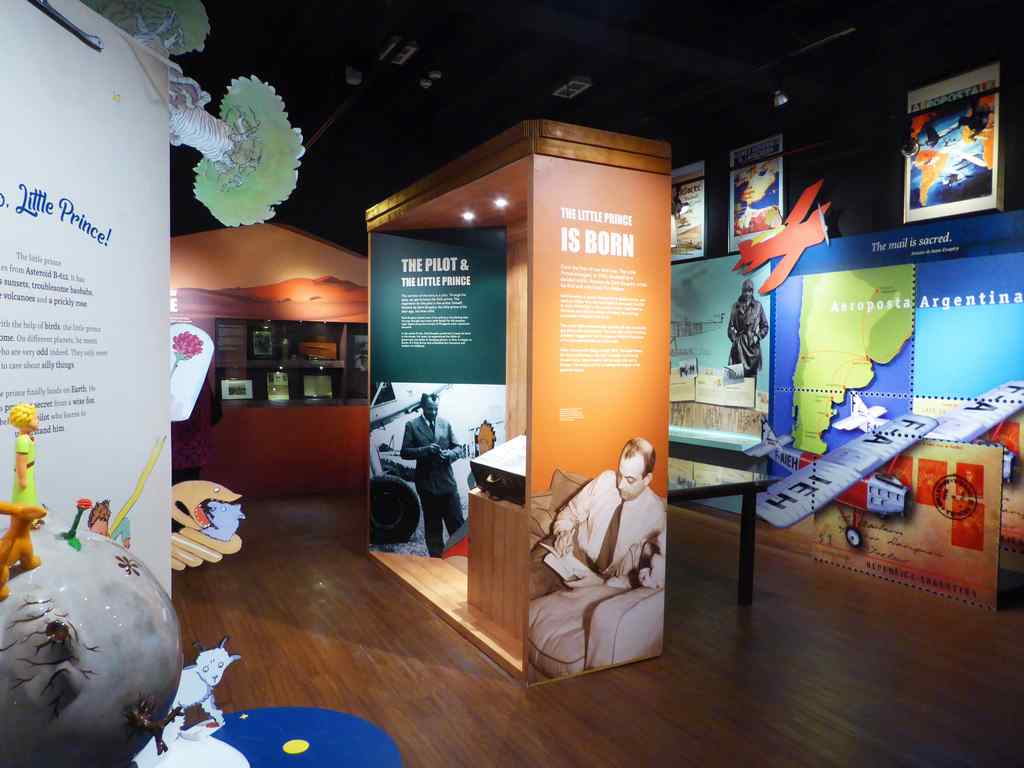 Furthermore, the exhibition is quite a major exhibit in the small museum building. You may remember the Philatelic Museum as a small cozy stamp museum tucked in the corners of Coleman Street. Moreover, the entire Little Prince display spans two museum gallery rooms.

Moreover, they are situated on the far end of the museum’s first floor. On first impressions, the gallery appears packed and loaded with a variety of old artifacts. They are displayed through several display mediums, such as glass cases, table tops as well as wall murals.

The exhibit is located on the second gallery at the lower ground floor of the old colonial museum building. Specifically, it sits after the Singapore post permanent gallery and currently occupies the old stamp storage archive room. Here, in the galleries, you start off with an intro into an artifact gallery. Also, it introduces to the Little Prince author-creator, the person behind the character, Mr Antoine de Saint Exupéry. 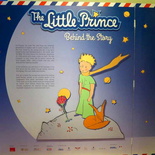 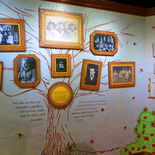 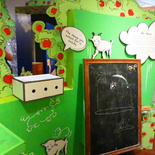 On some background of the Little Prince creator, first, let’s get to know the unusual man behind the seminal book. Antoine de Saint Exupéry the French creator of Little Prince was a pilot turned writer of the series. The man behind the character based much of his writing on his piloting days.

Furthermore, as interesting are his stories are is himself. He was a French mail pilot preferred the road less traveled. He flew for Aeroposta, Argentina S.A. Hence this often sees him having long periods to himself whenever he transverses long distances during his airmail runs. This job saw him traveling between Europe, America and South Africa.

Moreover, in a world dominated by his mail delivery work, Saint-Exupery often kept his imagination open. He dreamt one day of a little price who embodied the innocence and wisdom of childhood. Hence, he often come up with new ideas and even did writing while flying. He was remarked as saying the night flights across the Patagonia were a particular favorite of his.

Hence, the myriad of aircraft related items, memorabilia and posters from these regions on display. He lived from 1900 till 1944. But Antoine de Saint Exupéry legacy of the Little Prince lived even beyond his death. For the past 75 years, the book of the little price has delighted generations of readers with it poetic wisdom on life and love. Also, The story follows the interstellar adventures of a little price who meets a pilot on earth. The title character is very much a mirror and based off like its author Antoine de Saint-Exupery. 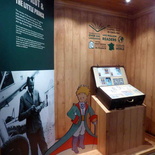 The Little Prince and the pilot 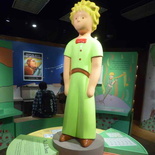 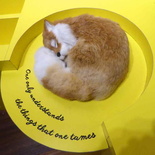 The story of Little Prince

If the idea of “Little Prince” seems alien to you (though there were aliens in his stories). The tale is that the little prince came from Asteroid B-612. Also, this is illustrated through some scene where you see a Little Prince standing on a rounded pocked rock. This Asteroid is a little world on its own. It has endless sunsets, troublesome baobabs, three volcanoes and even a prickly rose.

Henceforth, one day, with the help of birds, he leaves home and meet odd grown-ups from other planets who he claims “only care about silly things“. After some travels, eventually, the Little prince finally lands on Earth. Moreover, he attains a precious secret from a wise fox. Henceforth, the character befriends a pilot who learns to understand him, and leading on their adventures.

Travel in the footsteps of the little price and his author through stamps, personal belonging and little seen-before drafts advertising artworks all under one roof.

Wander in the youthful garden of Saint-Exupery imagination from which memorable icons sprung. Also littered around the exhibit are several quotes lines taken right from his books. This compliment and tells the story of his books as a narration through the exhibits. Moreover, you explore the various works in a circular fashion. Sitting centrally in the room is a glass statue from one of Arnaud works of Little Prince.

Additionally, on display are a number of his personal belongings. Items include a flying jacket, some traveling bags and cases, and even a set of Pilot Winter Gloves. The displays speaks of his love for flight. His first flight, as well as being a family man. Also, being a stamp museum, on display too are a number of postcards as well as stamps.

Moreover, an iconic item would be a wooden table, scribbled by various popular personalities during its time. Here, notable graffiti artists here include Charlie Chaplin.

A global publication in 300 languages

In addition, the original copy of The Little Prince is also displayed right here in Singapore. It is a rather rare artifact to behold indeed. Moreover, in each of the display in this gallery relates phrases and scenes from his books. On display, you can see on display book cases of different translations of Little Prince in various languages. Notably too, also, it is the most translated book in the world that isn’t religious.

Furthermore, the story was translated into over 300 languages, with over 400 million readers. It is first published in the USA just after the world war on 6th April 1943. Notably, to date, over 200 million books were sold globally. Furthermore, the stories are loved by the young and old. Notably, it had been touted as the most translated book in the world, after the bible.

In addition to these internal galleries, the museum central atrium is littered with various glass sculptures depicting Little Prince in his various imaginary journeys in his books. Also, the book’s characters are rendered alive by French artist Arnaud Nazare-Aga. Moreover, the sculptures appear as are glazed-like ceramics. They look intricately designed and sculptured with bright toony-like colours typical of that of a children’s book. Notably, they do make very good photo opportunities.

Moreover, you can catch an overall view of the courtyard display from the second floor. Also, these current displays will be expanded to include a customized dark room with glow-in-the-dark figures come October 2018 later this year. 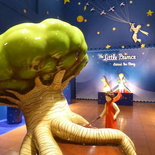 A tale of tree 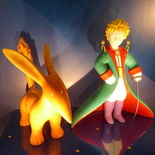 Little prince and his fox 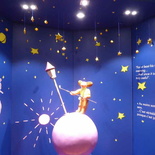 On one of his many adventures

An interesting exhibit worth visiting

All in all, Little Prince is a nice little exhibition which you can visit when you are in town. I found the exhibition more suited for adults given the depth of the thought behind the stories. But kids will love the visuals and the sculptures on display. The exhibition runs from 08 Jun 18 – 17 Mar 19. Entry to the museum commands a small fee of $8 per adult ($6 for children).

Also, this ticket grants you access to all the permanent and temporary galleries in the museum too. Entry is free for all Singaporeans and Permanent Residents, just remember to have your ID to obtain a free entry pass. 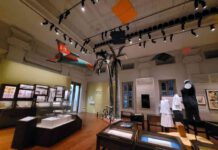