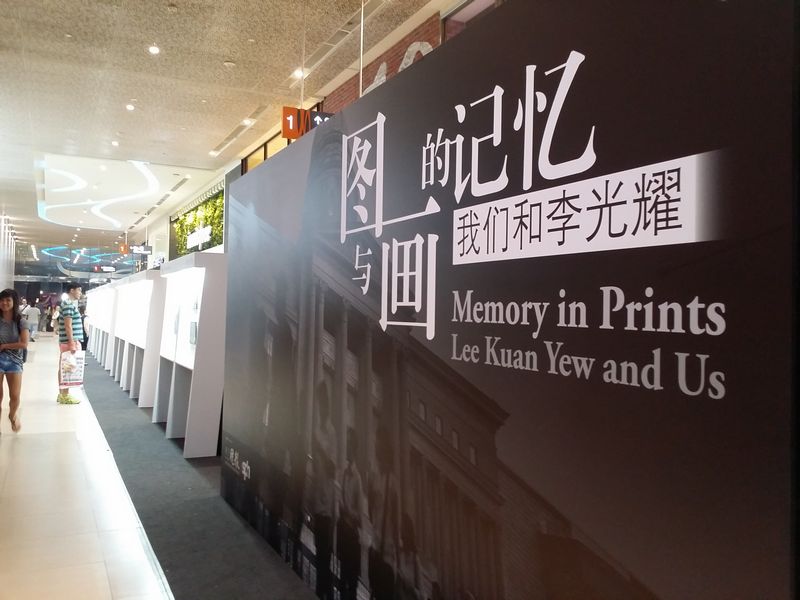 Lee Kuan Yew and Us Memory in Print is a traveling photo exhibition organised in collaboration with Lianhe Wanbao and freelance photographers. It was opened by Mr Tharman Shanmugaratnam, Deputy Prime Minister & Minister for Finance, on 1 August 2015 at Big Box in Jurong and now is on it’s leg in Orchard at Plaza Singapura Mall. The exhibition features photos of the seven-day state funeral of the late founding Prime Minister Lee Kuan Yew held on 1 August 2015. 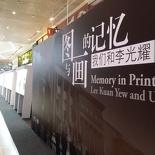 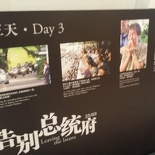 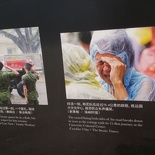 Presented in the four official languages, the pictorial exhibition showcases photographs from Lianhe Wanbao (SPH) and freelance photographers from the seven days compiled in chronological order. Each funeral day has it’s own exhibition display board housing 3 or more photographs with captions. The photos captured a variety of different touching moments in which the entire nation bid its final farewell, including the funeral procession from the Istana to the Parliament house, and the commendable efforts by the various volunteers and people helping out with the queues from the Padang. 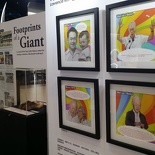 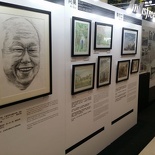 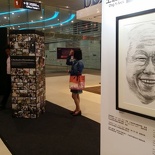 At the end of the photo displays are a variety of painting and caricatures drawn in tribute to Mr Lee all framed and lining the walls on the far end of the exhibiton. The photo exhibition will be at Plaza Singapura, Level 1 from 1st – 31st October 2015, open during mall hours from 10am – 10pm.