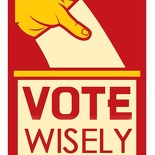 With the upcoming Singapore general elections scheduled on the 11th September, the question on everyone’s mind is the decision of your vote to see Singapore for the next term. As with any responsible voter, one ought to choose your leaders wisely based on their capabilities on top of their promises to bring Singapore forward as a whole, with a track record and perceived abilities to boot.

The power of the word of the people was indeed a wake-up call to the current ruling political party, which brought about a paradigm shift of the importance of connection with local heart landers. The realisation since the last election that ruling parties can’t rule with an iron-fist or silence the masses without the scrutiny of people had changed with the times- The people of Singapore today are more outspoken and have different needs- gone are the days where people have to make electoral decisions based on livelihood, often forgoing their wants and more tolerant in preference for needs of basic living. In contrast, Singaporeans today had moved way beyond basic needs, needs of self-actualisation are key now, where failure to meet these demands of the individual by the government are often met with rebellion.

Rebellion can comprise of unconstructive behaviour and criticism, which are often seen as a revolution to current government policies in place (for example, how money is handled to the ever increasing cost of living and housing). Here, disgruntled individuals come together under a collective “Group think” to selectively reinforce and validate their ideologies to influence voting patterns, which is worrying, especially in most of Singapore opposition parties. In politics, of course it will never be possible to please all parties, stakeholders and Singaporeans across all age groups and incomes levels. Bluntly put it, a popularity contest with the less trade-off and the lesser of the evils.

However, I wished that most of the opposition parties will move on from unconstructive criticism or shaming, it reeks of unprofessionalism and paints a degree of short-sightedness to dwell over the smallest unhappiness. The winning solution here then is a party which is able to not only look at the big picture, but able to represent both the country and her people on the international level. This includes being able to connect and speak the language of the locals and yet able to portray themselves as the face of the country professionally, internationally and implement the best policies meeting these needs on both the short and long term- essential ingredients for Singapore’s continued success. This is particularly important given Singapore’s vulnerability to externalities, where the reputation of the country is one to uphold.

Not all political parties are made equal and though many expect this election to be favourable to the current ruling political party, it is definitely one of Singapore’s most diverse elections; a healthy political scene which Singapore had definitely came a long way from the age of rampant political walkovers.

Of course, as a Singaporean, you will have your say come September 11th, so make your vote count for Singapore and your constituency.

Think before you Vote, and Vote wisely.