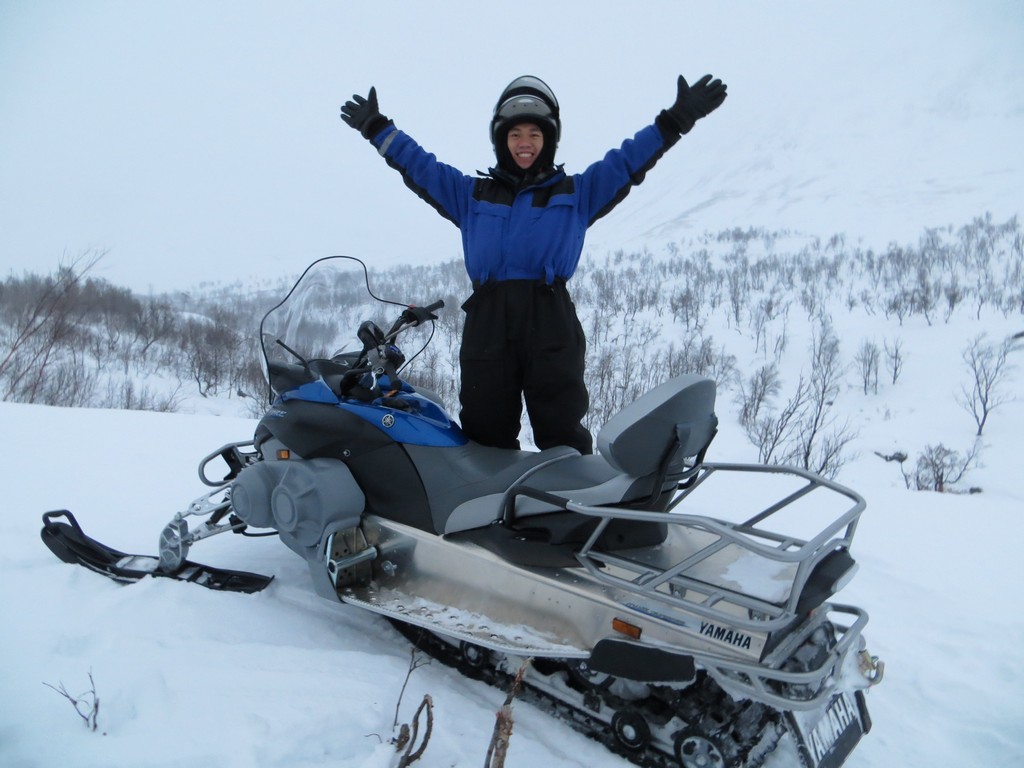 Today’s agenda of cross country snowmobiling out in the open wilderness, there are no roads out here! My journey takes the convoy into the open mountain ranges, leaving the comfort of the base camp and craving out a trail through snowy coniferous forests, having to occasionally dodge low lying trees. The vegetation here comprise of rather sparse forests, typical of the region which makes riding through much easier than say, a tropical forest with larger secondary undergrowth. It’s not when we are riding out free into the open plains, surrounded overlooking tall snow-capped mountains- into the Scandinavian mountain ridges where we are able to gun our engines out into the open snowy white. 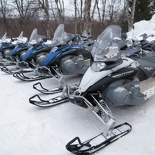 Ride for the day! 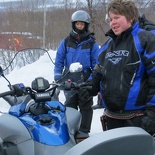 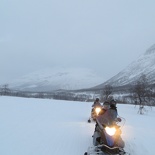 The weapon of trade here is the Yamaha 500cc snowmobile. As a motor cross motorcyclist myself, I naturally found myself the controls of a snowmobile are somewhat more similar to a bicycle than a road motorcycle, especially the input controls such as a twist throttle modified to accommodate riders in thick winter clothing, particularly thick insulting gloves with a lever style control on the right handle.

The cross country trek saw us through several mountain ridges and ranges, as well as several water crossings over natural stream requiring simple crude wooden bridges placed over them, which are mostly just simple sticks of tree trunks laid over the river. Surprisingly most of the rivers are still fully flowing despite the sub-zero negative 20 degree temperatures. We had a couple of planned rest stops throughout our journey, allowing us to appreciate the mountainous views around us.

Occasionally, you encounter icy patches causing you to lose traction and creating slip on the snowmobile rear threads- allowing you to oversteer (drift) over corners, tamed with appropriate counter steering away in the skid. It started snowing really heavily at a couple of points on our journey, almost like a light blizzard, blurring the lines between the sky and ground, making everything you see in front of your just completely white (a white-out), all you get to see is a faint rear red light of the snowmobile in front of you as a follower marker. 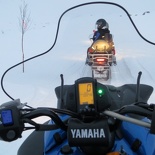 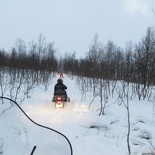 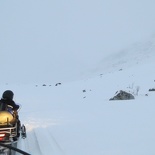 Riding in a whiteout

Riding out in the wilderness is made more challenging with fresh snow being laid in the blizzard, where you can easily sink your snowmobile into over 3-4 feet of soft snow if you suddenly stop on the soft snow. The snowmobiles, despite being very heavy machines have very good weight pressure distribution, spreading your weight very evenly over a large surface area, avoiding dig-ins by gliding over the snow, just to stop!

It started snowing quite abit midway out in the clearing on my journey, which caused several convoy disruptions with some riders occasionally running into deep snow and getting stuck. The key tactic here is to gun the throttle and skim over thick snow so as your snow mobile can literally float over the thick snow before settling down. 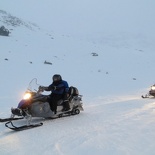 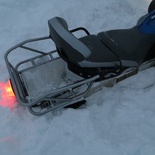 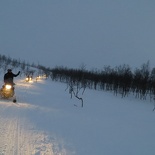 Riding into the night

But that did not stop even myself ploughing into nearby 4 feet of snow and digging myself further in when trying to gun the throttle to get myself out of the ditch with pure brute force. It’s not when I was really stuck and sinking where I have to manually dig myself out and build a temporary compacted snow ramp in the cold where I managed to recover and throttle myself out, all while wading in wet waist-deep snow.

My snowmobile journey ended with a return trip back to the camp we set off from, into the warm comforts of our campground winter tent. With the exception of the high cost of the Snowmobile rental for the day, which is particularly more expensive here in Norway, the experience is fantastic, especially if you like to get out and dirty with nothing but you, the mountains, snow and your trusty machine out in the wilderness. Scenery throughout the whole trip was breathtaking, with mountain after mountain poking up on the horizon and appearing all around you as the journey progresses.It would definitely be an experience to remember. 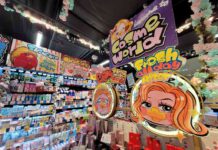 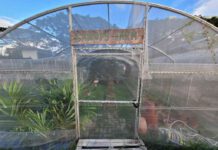