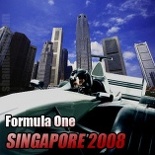 With all the rumors and such going on for years, finally theres some official word…

Singapore may join F1 in 2008
Singapore is the latest country rumored to be hosting a new Formula One event, with news that F1 chief Bernie Ecclestone is in negotiations with at least two Singaporean groups about a deal to host the grand prix by as early as next year.

Local newspaper, Today, reports that the architect who designed the racing circuits in Malaysia, Bahrain, Istanbul, and Shanghai, German born Hermann Tilke, has already designed one for Singapore.

“Yes, we have been talking to various parties about a race in Singapore but as it is, nothing has been firmed up yet,” commented Ecclestone, further adding “when we have something, you will definitely know about it.”

Estimated costs of hosting a race is estimated at around $50 million, but the level of tourist spending during the events easily offsets this amount. An unnamed Singaporean businessman is said to be leading the group interested in hosting the race. Last year the president of the FIA, Max Mosley, mentioned that a race in Singapore would be welcomed, and the city-state’s wide streets are ideal for racing meaning that construction of a new circuit isn’t even required.

Yes imagine a Monaco like race on our CTE or PIE! Whoa! That will be so freaking cool! Well, too bad M.Schumacher have to retire before having to burn the tarmac here on our little island. Not that I am pro Ferrari, but you can’t deny that he was one of the best drivers around today. Nevertheless, till the time comes, it would be an even more interesting season.