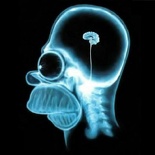 Had not been regularly updating since the end of my papers. Had been working & meeting up with cilents during the past few days. Not to mention trying to clear up jobs & commissions I’ve recieved as a merchant & designer in the rather profitable MMORPG I’ve been playing for about 5 months, called Second-Life. So far I’ve made about $500 SGD from the game, which has a real economy, entertainment & merchant processes. I mean, what’s the best thing to do but to play a game & be paid for it? Haha only if I wish I can convert the money I earn in Counter-Strike FPS to real cash. Joining Second-Life is free for now, but you need a credit card or paypal account only to verify your age for the mature grids during the registration process.

Dropped by the orthopedic department at TTSH today given a referral letter from the polyclinic last year regarding a slight deformation in my lower legs. The bones just curve slightly inwards, giving a bowed look to my legs. Though this had been bugging me around for quite sometime, I guess I never really find the time to go down to the doctor’s considering this is actually being quite important, but undeniably not urgent on the contrary. Did an X-ray (like the very few times I actually get to experience this in life) & it was like WHOA! so that is how I go tick-tock & THAT’S how my bones actually look like.. whoa totally cool!

The doctor suggested a form of surgery which involves plugging in a wedge like bone structure into my leg to straighten it out. This too will put me on a wheelchair or crutches for about 6 weeks to 3 months tops post-op. Not to mention a funky cast I gotta try very hard to keep clean & ink-free from my class. I don’t intend to go under the knife this semester holidays, as my I can’t afford to go against my current agenda, but will do so on the next which would be around September.

Till then, lets be bowed!