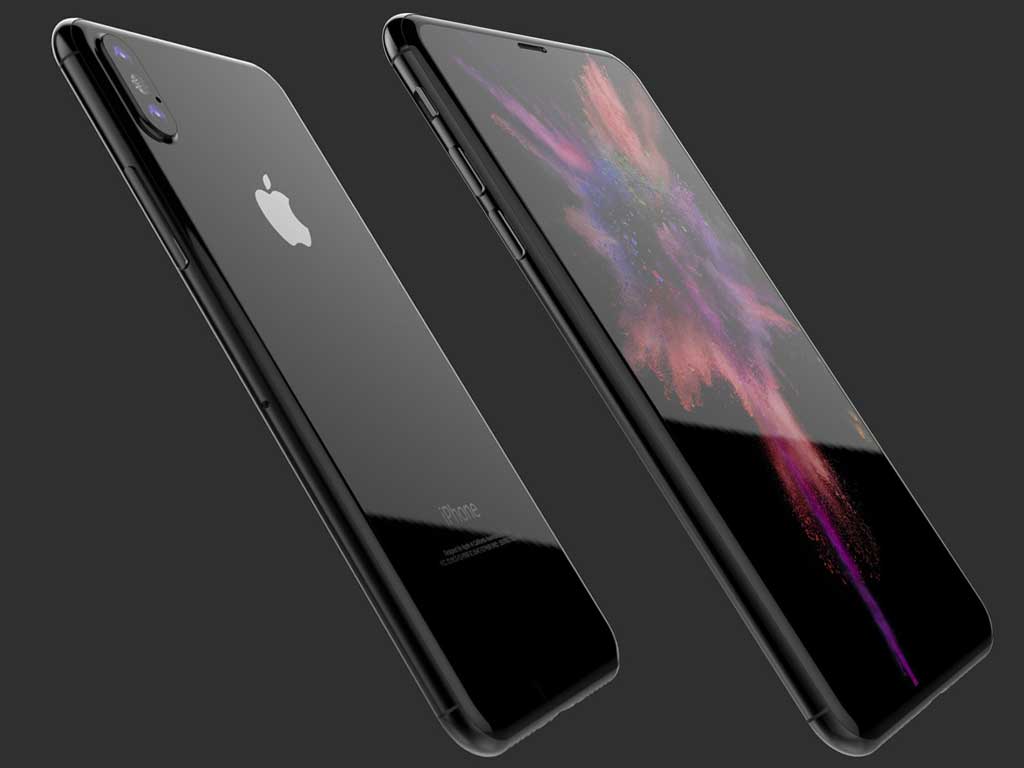 There is plenty to be excited about the new iPhone 8, marking the 10th anniversary of the iPhone when it was launched in 2007. The phone is expected to launch around September this year, with a combination of an upgraded line of iPhone 7s. Here is what we can expect from an engineering review of engineering samples:

The most striking introduction will be the screen. Screen size is expected to be bigger- much bigger taking up almost the entire front face of the phone while still retaining similar footprint. 2017 has been a year of bezel-less phones with rounded screen corners, with much to thank through the development of circular LCD screens spearheaded by the smart watch segments.

The new iPhone will spot a near bezel-less OLED retina display in the likes of Samsung with their existing galaxy S8 line. But instead of a dual curved (tapered) on both left and right edges, (which their Korean competitor is so obsessed about) Apple has retained their “rectangle with curved edges” design on the iPhone 8. The screen of the new phone goes up to the body edges of the said rectangle face. The top sensor will also house the front ambient light sensor, proximity sensor, as well as dual front camera, which sits in an overhead module on the top of the screen. The screen will still sit behind a layer of Corning gorilla glass, which extends all the way to the bottom of the phone, replacing the hardware button with an on-screen simulated one. This calls for the new iPhone OLED screen to be “always-on”, where the screen will remain black with only power sent to illuminate the pixels and backlight required to display a virtual home button at the bottom center of the screen (where it will subsequently be animated to the familiar “slide to unlock” screen upon wake). The external design ideology with the top ear piece of the phone physically overlaid over the top part of the screen with curved edges is somewhat similar to the Andy Rubin’s Android Essential phone. I can guess that even the prevalence of larger sensor sizes and higher megapixel resolution of the new (potentially Sony IMX) camera, the newer camera through cropping algorithms could theoretically capture landscape photos in either landscape or portrait orientation now. We can expect software implementations such as Live Photo to be retained. Could this potentially kill off the existence of horrible portrait Youtube videos in the future? We shall see.

Back to a full glass body, front and back

The iPhone 6 and 7 saw the use of all-metal/plastic uni-body rear casing with curved edges across the board, a radical redesign from the glass-bodied likes of the iPhone 4 and 5 (and the last time Apple released a phone like a “Rectangle with curved edges”). The 8th Generation shall see the return of a full front and back glass design reminiscent of the 4th and 5th generations, with an outer edge metal trim- almost like a large updated iPhone 5. With no space for a physical front home button now, the home button now will be a screen-based capacitive soft button. Apple won’t be introducing Touch ID unlock using the virtual home button through the OLED screen. This instead, be introduced through a side-mounted physical fingerprint sensor integrated into buttons. Apple was stated to have initial issues with implementing the Touch ID through the OLED screen. Such information are often shrouded in secrecy, we shall wait for Apple’s official announcement of the matter for confirmation. There will however, be a facial recognition screen unlock. This is achieved using the dual front facing cameras tucked beside the top earpiece.

With the entire Macbook ecosystem (Android phones and even power banks) moving towards standardized USB Type-C connectors, it is surprising that Apple decided to cling onto their proprietary lightning connector format for their mobile devices. In the likes of the previous generation, there are two downward firing stereo speakers at the bottom flanking the said Lighting connector on both sides. The 3.5mm Audio jack is still absent, obtainable through a dongle. We can expect the phone to retain its right volume rocker and an enlarged power button on the left, which is rumored to hold a finger print sensor too, but not previously thought to be at the back face of the phone as rumored from pre-production engineering sample options in the phone’s early design-feasibility phase.

Apple been known to hold their prices very well throughout the entire life-cycle of their products, with newer models taking over the pricing of the last, so don’t expect any crazy pricing surges or drops typical to that of Samsung for instance. Having said, that, do expect to pay a premium for any new iPhone too- the phone is expected to start from $1200 SGD contract-free, with Telco 2-year contract subsidies expected to bring prices down. We can expect prices starting from $800 for the entry-level model and up to ~$1000. There are minimal pricing differences between Telcos in Singapore.

As with every new iPhone launch, we can expect a slew of improvements in the processing speed with the introduction of newer “A-series” (e.g. A10 fusion successor) processors every year, together with increased storage capacities starting from 64GB all up to 256GB. There will be significant improvements in the anti-fraud abilities of the phone too, such as similarly tying down Touch ID to the main board to prevent man-in-middle attacks (especially for Apple pay), as well as improved tamper-proofing for reverse-engineering and main board swaps for store-return exploits.

Don’t be too hopeful on significant improvements in weight, size and battery life areas given wide adoption of larger and heavier “phablet style” phones blurring the definition of “smaller is best”. The introduction of an always-on screen will never be good news to battery life, so we have pretty much the ingenuity of Apple engineers in their software-battery optimization with the low-power OLED screen.

We can expect more updates as the launch date draws closer to this September.