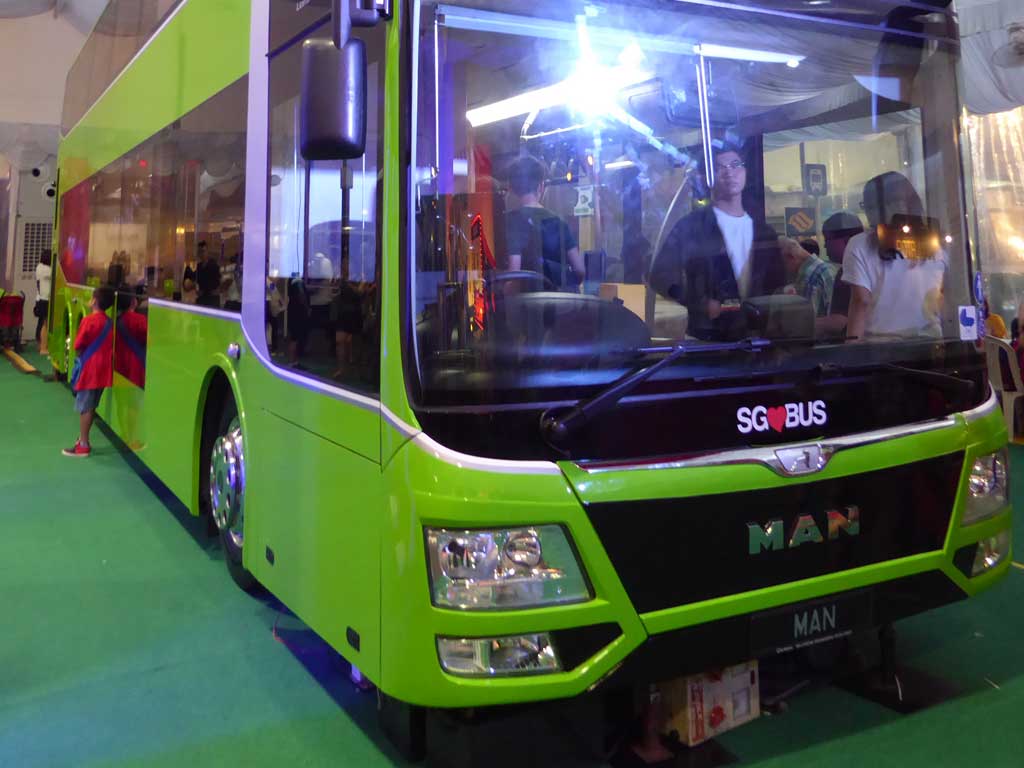 MAN Lion’s City A95, built by Gemilang Coachworks is one of the two new buses introduced in the Singapore Bus Carnival 2016 to be operated by Tower Bus services in Western Singapore. The bus has an excellent track record in Europe and is the main bus brand used by the Berlin bus company. 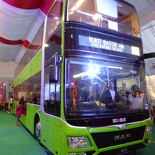 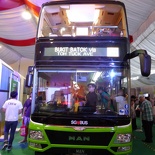 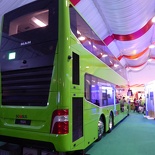 Exterior-wise, the bus has a very sleek black and industrial look taking cues from its bigger brother, the MAN Lion’s City DD. The front grill and angled bumper of the bus gives it a very bold and masculinise look, a nice trait for a workhorse. This design carries onto the side and rear of the bus, giving it a very sleek and modern look. The MAN A95 Lion’s city bus has more of a original design, bringing out the best of European engineering with features you commonly see in European buses (like extended storage/luggage racks and stop information) lacking in most public buses in Singapore today. 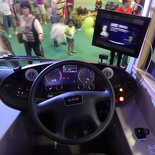 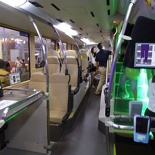 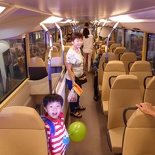 The interior of the Lion City is simple. The spill-proof seats are plain cream coloured, though they lack bolstering support, they are actually more comfortable, spacious and not as firm than the Enviro 500. The MAN Lion city has a very nice passenger info system, delivered through large TV screens placed on both the lower and upper decks. You get conference-style backward facing seats on both the lower and upper decks.
The bus bells are LED lit capacitive touch-sensitive and do not depress when pressed. You also get two USB charging ports (one 2.1A and one 1A) available to commuters for every row of seats at the side wall, accented by silver stainless steel band with blue LED power indicators showing that the port is active. 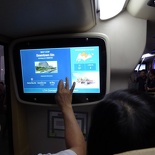 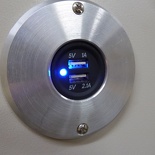 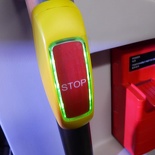 The main selling point of this bus will be the split rear exit doors. The MAN bus forgoes a third rear exit door for large outward swinging wheel-chair accessible (manually folding wheelchair ramp) extra-wide rear exit doors. The doors have separated exits, with one dedicated lower deck on the left and the other split right door for the upper deck exit staircase to prevent commuters boarding the bus from obstructing and crowding exiting passengers. For a 12m bus, MAN made a good decision to exclude a third exit door, allowing it to keep 10 more seats on the back rows and carry more passengers with good leg room. 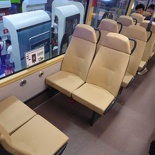 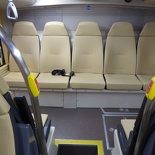 I personally like the seats and engine of the MAN bus. The bus is rather powerful bus too, utilising a 320-360hp MAN D2066 LUH-33 Euro V Turbo diesel with 2-stage Exhaust Gas Re-circulation (EGR) turbocharger for torque rating delivered through a 6-speed automatic transmission.

The MAN A95 looks like a custom built MAN Lion city DD, shrunken down to a 12m chassis, it will be nice if LTA brings in the MAN Lion City DD as it brings the best features of both Enviro and A95 into one. You do get a third exit door on the 13.73m long MAN Lion City DD. If you like this bus, do give it a vote at the Singapore Bus Carnival 2016 (Bus B), currently on as a touring carnival over 3 areas in Singapore.

Shaun - Friday, August 16, 2019
Blackhat USA is a global security convention and possibly the largest in the world. Since its inception in 1997, the convention runs in several...

Shaun - Saturday, July 4, 2020
EPIKebabs kebabs store is a Halal kebab fast food outlet located in town serving a variety of notable meat dishes since 2012. They are...