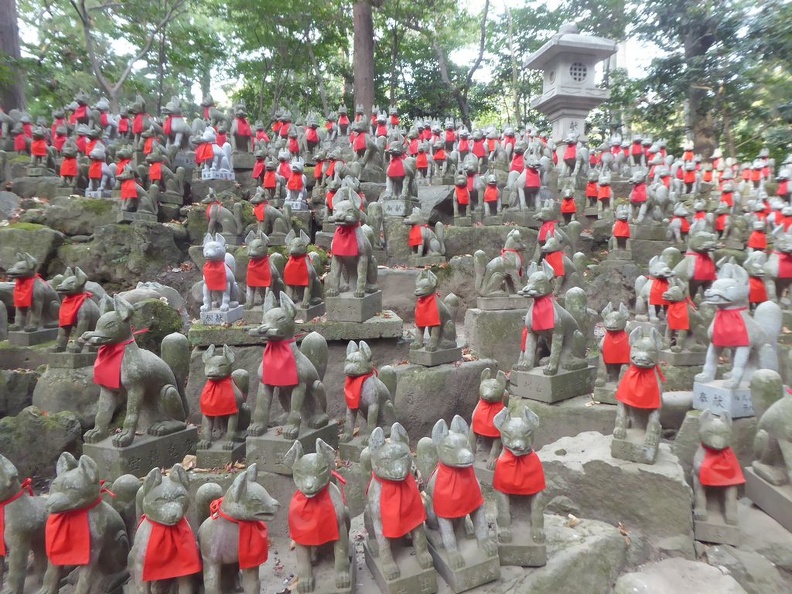 Not far off from Nagoya city is the Inari (Fox) shrine in the city of Toyokawa in eastern Aichi Prefecture, Japan. It is a shinto shrine to worship the god Inari. There are many Inari shrines in Japan, the one here resides right here in Toyokawa. Sōhonzan is the head temple of Inari temples. Going with the Buddhist traditions, the temple of the Sōtō sect was founded in 1441 by a Buddhist priest named Tōkai Gieki (東海義易). The deity is worshiped also in some Buddhist temples across Japan. 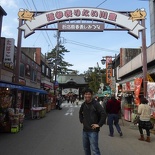 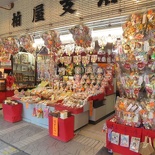 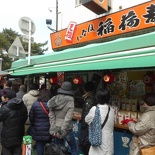 Two large wooden doors welcomes you into a courtyard lined with stores selling food and wares of trade, trademark goods here will be the fox-related items such as the adorable plush toys. You get to see several classical buildings of the era leading up to the main shrine, all deck out in elaborate wood supports. Past the main temple main archway, the main entrance of the shrine welcomes you with a large flight of stairs right into the shrine itself. Most of the temple was rebuilt in the Meiji period, from around 1536 and is the oldest existent buildings in the complex. The Main Hall was reconstructed in the Tempo period (1830-1843), and several other buildings also dating from the Edo period. The temple is open to all and is popular with the locals for visitations for good blessings. 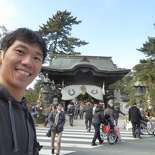 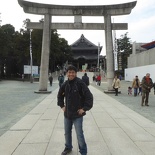 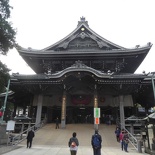 Past the main temple, you will be greeted by continuous lines of white cloth flags leading up to the shrine itself. You can purchase one of these flags and write your blessings on them to be placed along this shrine walkway. Several smaller temples also dot the temple ground, each with their only altars and wishing boxes. The most prominent shrine will of course be the Reiko-zuka fox shrine. Located a short walk into a forested area just off the main temple tracks, a long line of white flags leads you to the actual shrine itself. 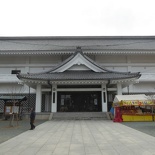 Few of the many temple buildings 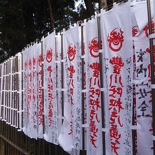 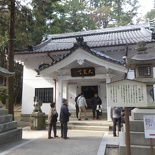 The shrine is littered with hundreds of Fox statues. Fox statues are often offered to Inari shrines by worshippers, and on occasion a stuffed and mounted fox is presented to a temple. You can recognise them by a Kitsune (fox) holding a key in its mouth, at the main gate of the Fushimi Inari shrine. At one time, some temples were home to live foxes that were venerated. But that is not the practice here today. 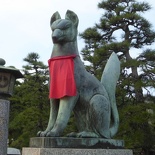 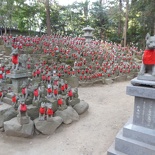 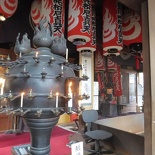 The shrine itself is well served by the JR line and is a short 10 minute walk away from Toyokawa station. The areas outside the shrine are home to a number of food and provision stalls, selling food and wares of the trade. Despite the touristy nature of the place, you can find a few good buys here for the buck too.

That’s all for foxes, if you want to view more photos of the shrine, do check out the photo gallery for the Fox shrine here.