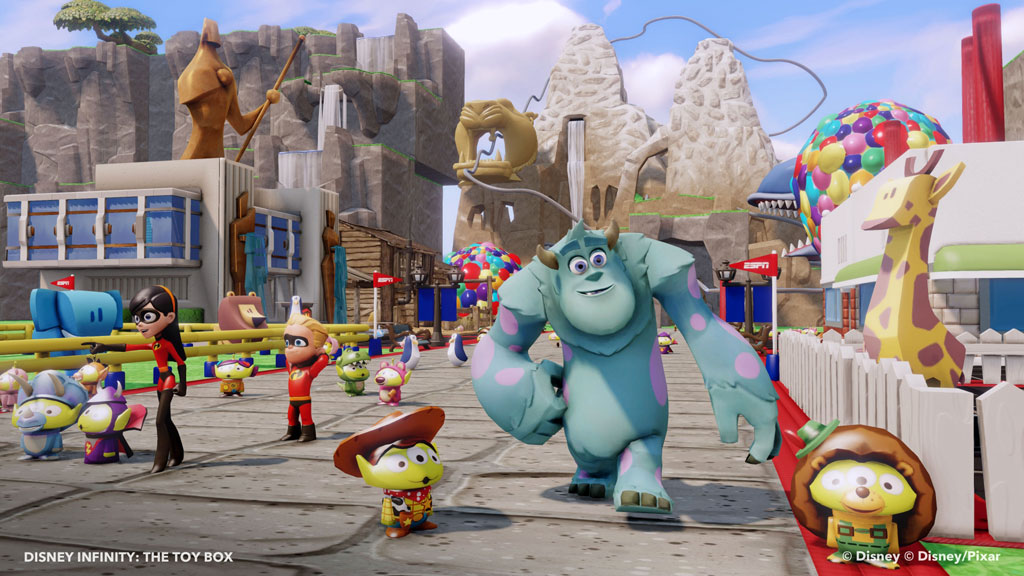 A unique selling point of Disney Infinity over competitors like Amiibo and Skylanders is the enhanced Toy Box Mode, offering family-friendly gameplay through platform, racing and farming simulation mini-games. These activities as claimed by Disney aims to inspire players to create their own virtual worlds online in the Disney Infinity Toy Box.

In a nutshell, the Toy Box is a standalone gameplay area and game mode by itself and the social hub of the Disney Infinity community, allowing players to create and share their Toy Box creations with friends online. Infinity 3.0 introduces an all-new, upgraded 3-D Toy Box Hub, offering a wider selection of gameplay experiences through including platform, racing, and farming simulation games. In addition to the community focused gameplay we come to love, new to 3.0 are two new multiplayer expansion Games- Toy Box Takeover and Speedway. 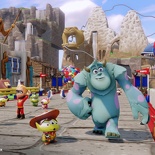 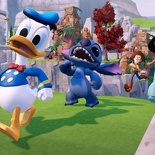 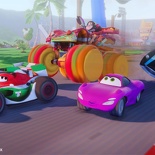 Toy Box Takeover brings you Action-adventure gameplay. Here, Syndrome plays the Villain Protagonist, where players will have to team up and to protect Toy Box from the bad guys through outsmarting, out-manoeuvring and defeat enemies in six action-packed levels across five themed worlds. Players can also summon Townspeople sidekicks to accomplish feats, attack enemies or help them build in the Toy Box. Each character have power-up abilities, customise a Toy Box, or unlock new gadgets, costumes and team attacks. Surprising, you do have the option to play as Syndrome with his figurine.

Also new to the Toy Box is the Toy Box Speedway . Often criticised as a Mario Kart rip-off, however, it’s refreshing to see Disney taking what’s best from Mario Kart- cross platform family fun across all ages and bringing the experience to players in the Disney Infinity world. This is accomplished through nine-themed tracks through three tournament cups with the addition of Pixar, Marvel and Star Wars characters this time.

Toy box comes standard on Disney Infinity as a independent game mode and will be available in stores come September 1st.