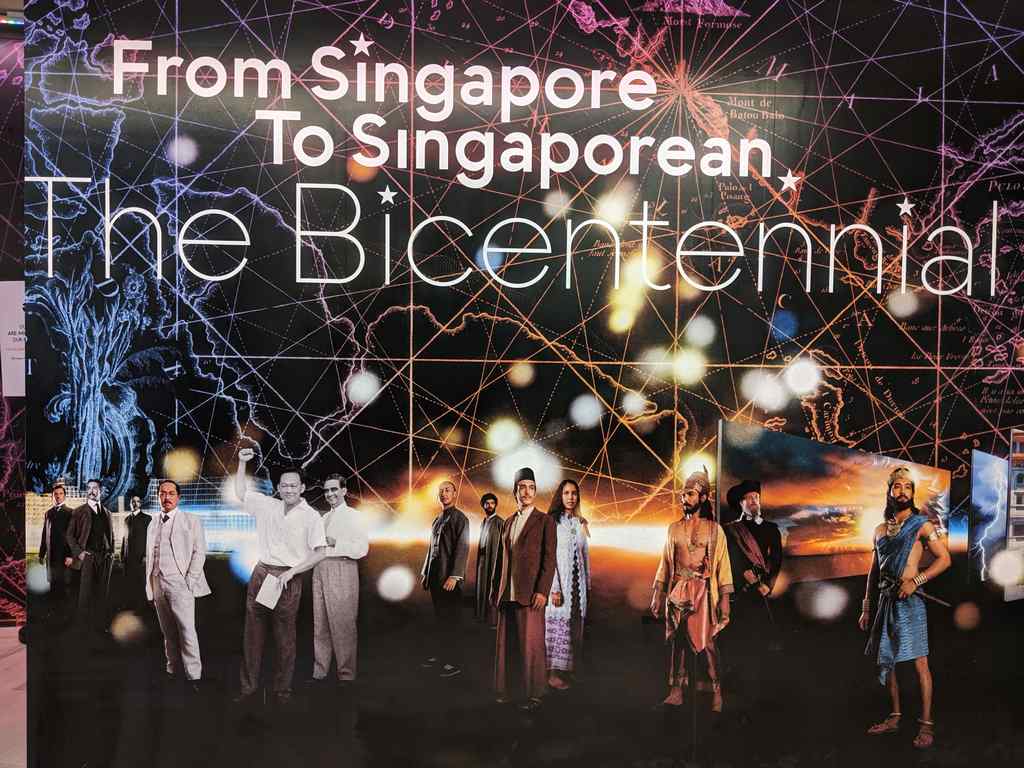 From Singapore to Singaporean. The Singapore Bicentennial is a government-funded informative temporary installation at the top of Fort Canning park. It was conceived in appreciation of the country’s historical timeline coverage of 200 years and is free to attend. In a nutshell, the Singapore Bicentennial Experience comprises of 5 acts as part of the Time Traveller series. These are showcased indoors in the Fort Canning Centre building.

Notably, the Singapore bicentennial Fort Canning Arts Centre has its roots in the military. This is evident by the number of fortifications you can still find up here on the hill. Also, it used to be the barracks and headquarters of the British Army in the 1920s to protect British interests in Southeast Asia. The two story building today is used mainly for events.

Moreover, this gallery is highly accessible via Fort Canning MRT. Also, if you drive, there are parking lots at Fort Canning Park and Tank Road. Clearly labelled signs will guide you up the fort canning escalators (yes we don’t do stairs here) to the battle box and fort canning gate. Henceforth, it is a short 10 minute walk up. It is not long where you reach the event location.

The showcase covers history even before independence, which would quell questions of the 200 years despite Singapore is not even 70 years independent. Here is a run through of all the acts in the Bicentennial Experience.

The background of the Singapore Bicentennial in 2019 marks the 200th anniversary of Sir Stamford Raffles’ arrival in Singapore. Notably, in Singapore’s history, it was key milestone of the founding of modern Singapore.

The starting audio visual act is the first gallery as part of the tour. It gives you a preview of what to expect in the coming galleries.

Moreover, this sector gallery has a tall ceiling with water dripping from the ceiling into a collection pond. Constant light animations fills the otherwise dark room, complete with audio music. Check out the preview act in the video below.

You will be told to stand around this pond. Do note there are strobe and light effects which also double up as a projection screen. 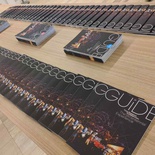 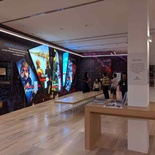 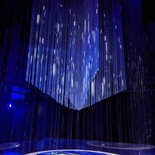 The following act presented with a mix of live actors on a moving platform and projection screens. It tells the story of Singapore as a thriving maritime emporium under the rule of Sang Nila Utama and his successors.

The city-state, being connected to the region brought Singapore waves of fortune and prosperity through Entrepot trade. Check it out in the video below.

However, the Singapore story did not start in 1819, but actually began in 1299 under the early rule of Sang Nila Utama and his successors. Also, Singapura in her early days was a thriving maritime emporium.

Singapore’s strategic location being connected to the region brought the country waves of fortune and prosperity. However, all is not smooth sailing. This also put the country at the heart of regional disruptions and conflicts.

Through it all, Singapore evolved. The 14th century saw the country being the seat of the Kingdom of Singapura. The 15th century gave rise to the Melaka Sultanate as naval base and gateway to the Johor Sultanate in the 17th century.

Following the events in the 17th century, marks the arrival of the British in 1819. This chapter starts a new trajectory for Singapore as it opened the country out to the world via trade. There, the British came and negotiated with the locals, turning the country into colonial port. This linked Singapore’s trade not only with the region, but also with Europe. This show comprises of two acts and is played through a mix of surround projection with a rotating platform.

Furthermore, the absence of port duties and new economic opportunities attracted waves of migrants who flocked to the newly-opened port, turning Singapore into a more cosmopolitan town. Check out the Act video below:

It is not long into the 19th century where Singapore evolved further into a bustling metropolis. This is done courtesy of the works of several prominent businessmen and scholars of the era.

The growth witnessed the emergence of new technological inventions. Examples includes the expansion of physical infrastructure, industries and the proliferation of new ideas. 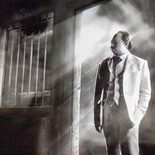 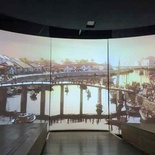 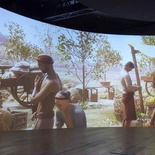 However, beneath these glitzy developments was the Opium trade. This grim chapter also talks about the labouring masses who had to contend with these social ills. And the members of the various communities who stepped forward to address these issues.

This part of Singapore’s history focuses more on the darker side during the Japanese Occupation. Following the outbreak of World War II in 1942 and the British surrender of Singapore, the ensuing occupation between the years 1942 to 1945 disrupted Singapore’s way of life. Life in the city of Singapore came to a standstill.

Furthermore, this part of this act is showcased in a dark room. It is accented by red light and is only an audio segment with no visuals. Henceforth, this leads onto a video of Beach Massacre as told by a survivor of the event, where civilians were killed by Japanese Hojo Kempei.

Moreover, the abandonment of Singapore by the British made the people of Singapore realize the dangers of depending on others for security. Henceforth, this drove the country and its people to chart their own destiny.

This act focuses on Modern Singapore post 1965. A personal umbrella be issued to you before stepping into the gallery for this last act. It will be “raining”. Also, water is pumped and sprinkled from the indoor ceiling and recycled through a porous floor. This final act talks about how several key events and moments in Singapore’s history since independence which goes on rain or shine. It paints a picture of the things that we should not take for granted today.

Also, it does a recap of scenes from previous Acts, journey through the story of how Singapore emerged through the contribution of ordinary people. 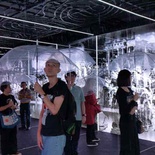 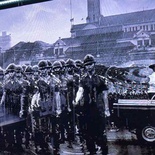 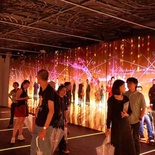 Additionally, events includes the SAR epidemic to the digital transformation of Singapore to what it is today.

Which quality is more important?

After the last Act 5, you be given a red coloured voting ball. You cast your vote on what you think is the most important quality which will serve Singapore well in the future. Also, notably, the three options include Self-determination, Openness or Multi-culturalism.

Additionally, a daily count of your votes are automatically tabulated and displayed on a screen. Also, the corresponding weekly results shall determine the colour of the outdoor projection Lightbeam at the Pathfinder garden. Thereafter you exit out into a giftshop, where you can choose to explore the rest of the Bicentennial outdoor exhibits at your own time.

All in all, this concludes my tour and walkabout of the Singapore Bicentennial Fort canning indoor multimedia acts in the main center building. Lets carry onto the next part of the Bicentennial, with the Pathfinder Bicentennial Outdoor Exhibits.