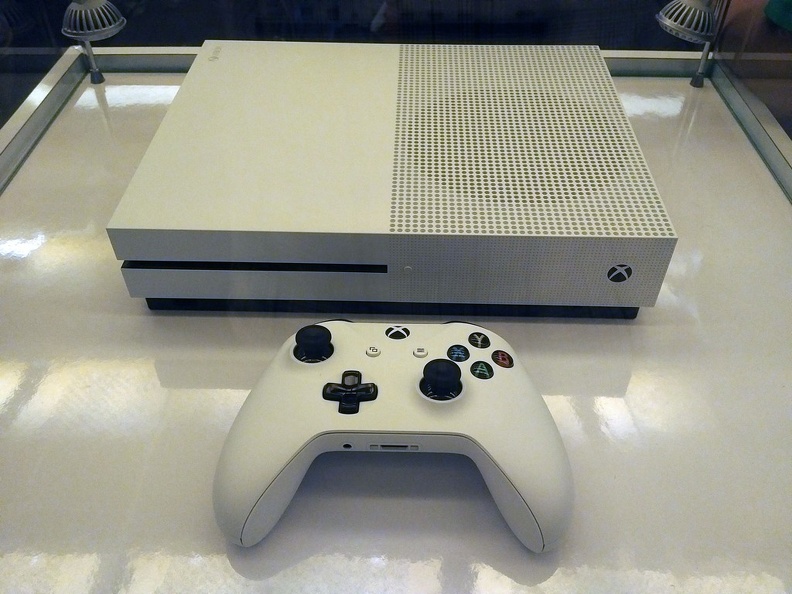 Microsoft hosted a gaming reception and showcase of their limited edition Xbox One S this evening at their Singapore headquarters in downtown Singapore. The presentation saw the introduction of the new white Xbox One S we last saw first released last June at E3. This revised version of Xbox One console, which was released last month, features new faster hardware with a streamlined form factor. The new casing is white-colored, 40% smaller than the original design, allowing it to be easily transported in a back bag for console game parties. Like the PS4, it can be placed in either a horizontal or vertical orientation with a stand. 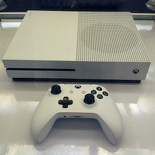 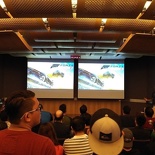 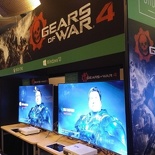 Gaming try-outs
Going in spirit of console gaming, Microsoft opened up gaming try-outs with a buffet spread in their office for gamers to have a go at full versions of various unreleased games due to be out in stores during the coming months. Such as Gears of War 4, Killer instinct, Dead Rising 4, Forza Horizon 3, Encore, and pre-production versions of Final Fantasy 15 and NBA live 2k17. The new console handles the games well, even on pre-production versions of Final Fantasy 15 and NBA 2k17, with visuals and frame rates being consistently high even in large 3D environment with far draw distances. 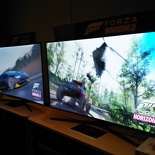 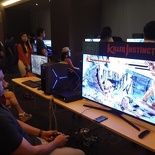 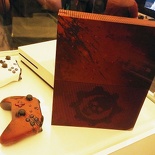 Xbox One S Gears of War 4 Limited Edition 2TB Bundle
In addition to the white Xbox One S, Microsoft announced the availability of the exclusive Xbox One S Gears of War 4 (2TB) Limited Edition in Singapore for pre-orders, which was available at the event to be viewed in the flesh. The $699 SGD painted Xbox One S console features a battle-weathered custom crimson paint job, complete with Swarm damage slashes detailing eating into the console plastic body itself. This is the first custom-designed Xbox One S bundle made in collaboration by Xbox design team and The Coalition (The studio developing Gears of War 4).

Bundled too with the Gears of War 4 Xbox One S console is a matching laser-etched Crimson Omen Limited Edition Xbox Wireless Controller. The wireless controller bears the similar battle-worn scratches on the console’s chassis, with bloody thumbprints on the controller’s red metallic D-pad. You get full Gears of War 4: Ultimate Edition (for both Xbox One and Windows 10). To sweeten the deal, you also get a Gears of War 4 Season Pass and eight additional Gear Packs.

Many thanks for Microsoft for the invite to the gaming event.