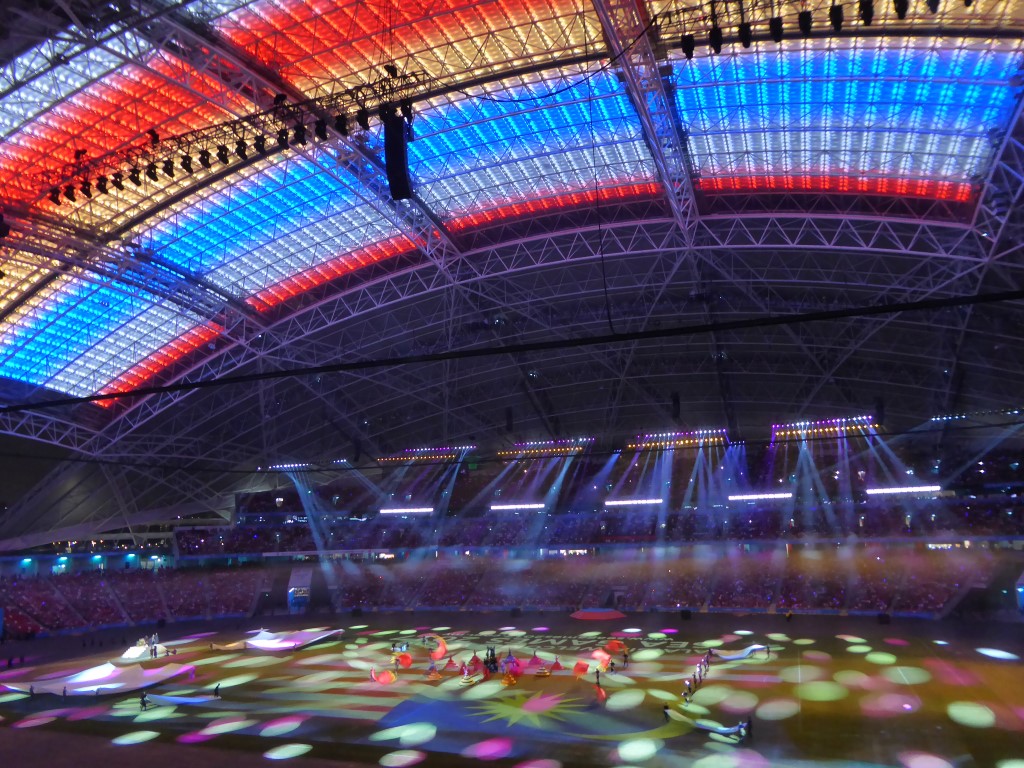 Today marks the closing of the 12 day 28th Southeast Asian (SEA) games event held in Singapore from the 5th to 16th of June. Celebrated in the National stadium at the new Singapore sports hub, the ceremony saw a sell-out and oversubscribed crowd packing the Stadium to the brim. Similar to the opening ceremonies, entering the event without bags will grant you express access and expedited security screening, which gets you into your seat in under 10minutes. The closing was even more packed than the opening ceremonies, which gave an impression that the event was oversold with long queues still lingering outside of the stadium upon commencement. The closing started with usual crowd fillers such as the Kallang wave and performance by various local artists. 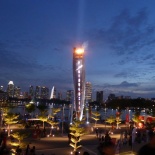 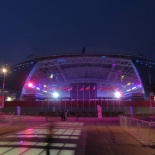 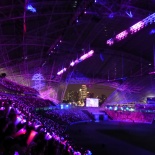 The stadium is already decked out with the hanging mobiles used in the opening ceremonies signifying the various sports of the games. The ceremonial proceedings begun with a video featuring and showcasing the highlights of the 12 days of the games, followed by an entrance and walkthrough of the Athletes, through the Stadium country by country. The parade now is a much simplified version of that in the opening ceremony. 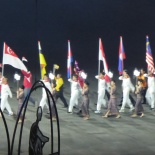 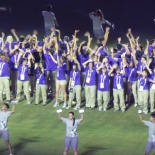 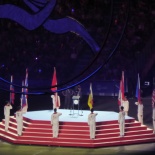 A tribute was also done in appreciation of the 17,000 volunteers of “Team Nila” who made up as the backbone of the event, from athlete support, logistics, to crowd control. A speech by SNOC President follows, and the closing ceremony reaching its climax with the declaration of games closing by Singapore President Dr Tony Tan and subsequent extinguishing of the Cauldron and intermediate fireworks display.

With the handing over SEA games flag to Malaysia, the Malaysian flag was raised beside the Singapore flag in the Stadium, marking the handing over of the SEA games flag with Malaysia undertaking who will host and see through the organisation of the 29th SEA Games in 2017. Our Malaysian guests put up a short musical and performance show in appreciation of their undertaking, before handing over to Singapore for their segment of the “Parade of Stamps”- a showcase of the various stamps of Singapore from the past to present. 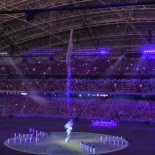 Extinguishing of the SEA games flame 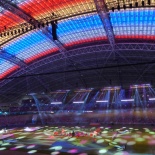 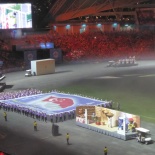 The main fireworks proceeded at 9.30pm ending the event, with the closing ceremony lasted about 90mins in total, half an hour much shorter than the Opening ceremonies. The event also quickly saw an abrupt ending making way for the athlete-only exclusive after-party which was quite a let-down, leaving many fuming participants unware of the schedule given the rather ambiguously-printed closing event schedule booklet. It was not until where people get fed-up when they started leaving and where the crowd realises that the event is over.

It is sad that the event so well organised from start is let down by the unprofessionalism of the closing ceremonies. The organisers are just this last bit for a perfect SEA Games event well-done, guess they didn’t quite make the finish line this time.

You can view more photos of the closing ceremony here.