This second installment of the History of Singapore focuses on the Growing Up Years of Singapore, brought to you by the Dream academy comedy and performed live at the Esplanade. The musical is directed by Glen Goei and starring the lovable Dim Sum dollies (Selena Tan, Pam Oei, Denise Tan) as well as funny guy Hossan Leong and the Loh Mai Guys. The musical follows loosely in chronological order significant events of Singapore from the founding of Singapore to the present, with more emphasis of the event running up from the 1980s. 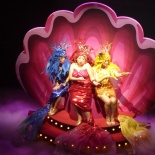 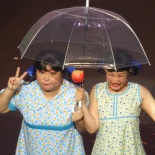 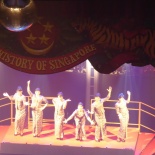 Get to relieve the Kallang roars, Talentime scores, the ‘Two is enough’, Ribena kids as well as iconic uniquely-Singapore mascots of the yesteryears such as the courtesy lion and POSB squirrel. The musical pokes fun and touches on few great Singapore initiatives, such as the CPF, HDB, SDU, COE, ERP, COV, as well as the Singapore River clean-up, the Mas Selamat mess-up and the Anson Bye-Bye-election and the ISA Wave of detentions, all often with hilarious uniquely Singaporean injection of comedy and puns. 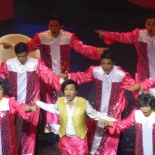 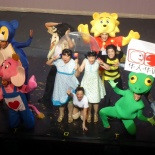 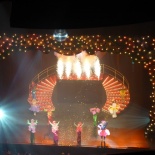 You need to be a Singaporean, or one who lived here long enough to understand the topics of discussions and puns. I found musical commendably well scripted through the clever use of words, which seemingly got past the overly zealous Singapore censorship board. The music (Elaine Chan) is good, and courtesy of the life musical band. The singing voices are good, but the dance choreography often looks bit messed up, probably something future shows could improve on.

For the prices of the tickets, it won’t be fair to compare the musical to a typical Broadway or Westend, but this musical will definitely be a good nights out to recommend in support of the growing arts scene here in Singapore. On the lineup, funny Kumar will return with the musical KUMAR Stands Up For Singapore on April 2015, that will definitely be one to catch!