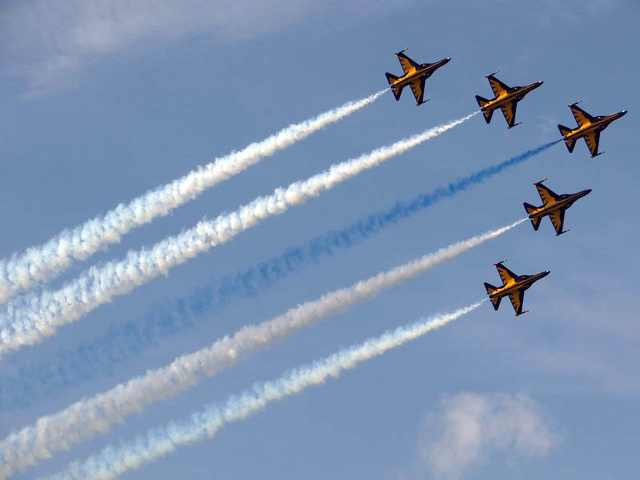 Solo displays
In addition to the aerobatic displays, there were a number of solo displays by a number of representing countries, such as the Royal Australian Air Force with an F-18, a Bell Boeing V-22 “Osprey” and a Boeing C-17. The F-18 did a number of aerobatic displays, including rolls, loops and low-powered glides to showcase much of the F-18 agility and performance capabilities. A Boeing C-17 Globetrotter heavy lift did a fly pass display too. It is a heavier version of the Turbo-prop version of the C-130 aircraft with four Pratt & Whitney F117-PW-100 turbofan engines with a lift capacity of 77 Tons. 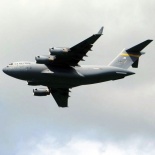 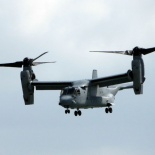 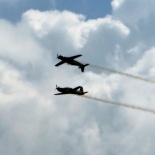 The Osprey entered the display in aircraft mode, where it transitioned to as a tiltrotor aircraft into helicopter hover mode, showing the difficult yaw capabilities of the aircraft while hovering. The aircraft itself is capable of both a vertical takeoff and landing (VTOL) as well as short take off and landing (STOL) similar to that of the F-35.

Indonesia Jupiter Aerobatic team
Our Indonesian friends did a spectacular aerobatic display using six KT-1B red and white Wongbee aircraft. The display was brought to Changi courtesy of the 102 Training Squadron from the Indonesian Air Force. Here the limits of propeller planes are push to the limit with a number of formation and individual displays such as the head-to-head fly pass, “stall tumble drops” and barrel rolls. The slower speed of the aircraft allows spectators to appreciate the longer airtime of the aircraft in front of them, allowing all the stunts to be appreciated in more detail contrary to jets, not to mention being much quieter too. 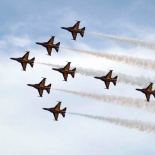 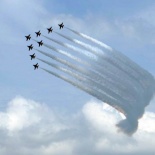 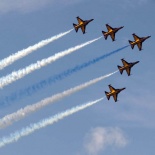 South Korea black eagles
The South Korean performance features eight KAI T-50 Golden Eagles led by Lt. Col. Park Sang-hyun from the 53rd Air Demonstration Group. The eight planes used in the performance allowed the display to be split into two teams or collectively as a whole for added crowd wow effect. The T-50B aircraft, developed by Korea Aerospace Industries (KAI) with Lockheed Martin is a family of South Korean supersonic advanced trainers and multi-role light fighters, which does not match up with the combat worthiness of the Black knights F-16 but to the benefit of the crowd, is able to fly much slower (allowing more phototime) and much more sharp on the corners given it’s lighter airframe weight. 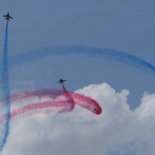 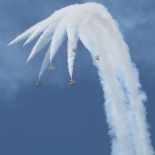 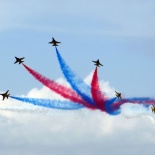 The Black Eagles performance is much longer (15-20mins) than the RSAF one, with very little silent moments, given the fact that there are more planes in the air to cover for each other at the center stage for the crowd between moves, with often never a dull moment. For instance, you can watch an aerial display going on in the background, with the moves completed in the distance complimented with a close-in fly pass and barrel roll by the second team right after the last stunt. There is of course the added complexity of managing the coordination of two separate teams and sizing the performance based on crowd size and intensity. You can see the South Koreans throw in additional moves based on weather and cloud cover too. Additional moves includes a number of sizssor pass, dizzying breaks, a Taegeuk drawn in the clouds and a victory break at the end.