With some spare time to spare between classes, I will talk about the college culture here in Cambridge. I believe I touched briefly on this previously on a dated post about Cambridge being a college based university, but didn’t dwell deeper into it

College culture
It comprises of 31 different colleges, including 3 all-girls colleges as well as 4 mature colleges. This is usually puzzling most people at first. A College is the place where students live, eat and socialise. It is also the place where they receive small group teaching sessions, known as supervisions. Each College is an independent institution with its own property, income and history, the oldest are over 800 years old while some less than a century old. The Colleges appoint their own staff and are responsible for selecting students, in accordance with University regulations. This unique culture only evident in Cambridge and Oxford universities allows, you can see them largely as big “houses” in context, particularly where colleges compete among each other in sports or tournaments, particularly in boating. 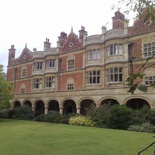 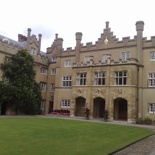 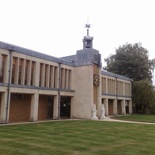 Despite colleges being independent entities themselves, all lectures and labs are conducted in common. The teaching of students is shared between the Colleges and University departments. Degrees are awarded by the University themselves. In place of tutorials, we have supervisions, which is more or less a 2-1 tutorial system in a nutshell. The supervision system is a nucleated group teaching system where students receive tuition in small groups and is said to be one of the main reasons for the University’s success and is regarded as one of the best teaching models in the world.

Formal halls
The beauty of having so many colleges is the variety it offers, particularly places to visit, explore and food. You can’t really get enough of will be the myriad of medieval and castle like architecture the streets of Cambridge have to offer. 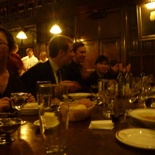 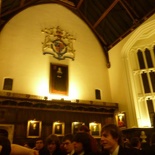 View of the dining hall 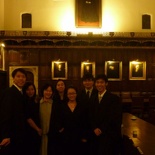 Some colleges have their old boating facilities and attractions of their own (e.g. chapels, halls etc) which are popular tourist destinations in the city as well. Also, each college has their own dining facilities or “butteries” (as we come to know of the slang), these are essentially large communal eating places where the college serve subsidised meals for both staff and students.

Colleges usually have a separate formal hall where a more exquisite 5 course dinners are served in a typical English long table style, often dining with the college seniors or staff who usually sit at the high table.

You will however, require a member of the college to invite you in to attend formal hall. That what makes it so special and generally provides an incentive to know and meet people from other colleges within the department to be invited, not to mention returning the favor by inviting them for formals in your own college as well.

Each college have their own dress policies, serving times and guest invitational policies. Either way, you, moreover as the name suggest such dinners will involve dining in a formal attire, usually with a tie, coat and the college gown over. So far I’ve had a formal at Wolfson & Christ colleges, with few more at Jesus & Newhall planned in the near future. Would definitely be looking forward to clear more throughout the year, happily striking off each college one.

That’s all for formals now I guess. Dudaloo!