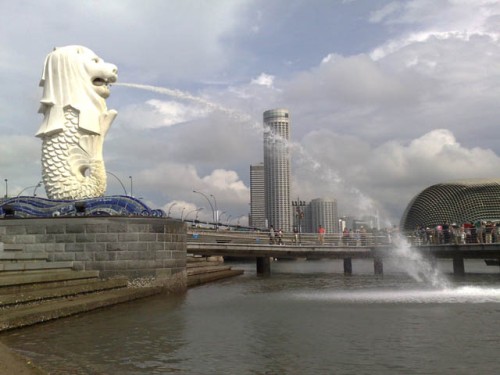 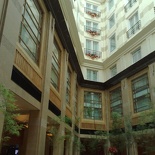 You won’t totally experience the N82 after using it for a few days and putting it through the “real world” tasks. Overall my reactions are mixed, but I felt that Nokia could have made the N82 a better phone.

The main thing which shines in this phone is the camera, throughout this blog posts are some photos taken with the N82 today.

Battery
To me, battery life is a great concern for gadget the road warrior. Battery life is actually descent, but still about the same as the N95 8GB for my regular usage, despite being smaller. It needs charging almost every 2 other days. Even without using Wi-fi, the most I can bring it up to is 3 days on a quad band network, UTMS will be even worst hardly reaching 2 days. Battery drain is generally the same as the N95 8GB with wi-fi on- hardly with 4 hours of usage, it’s almost the same drain as talking on the phone for the same period. 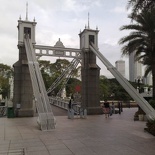 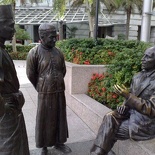 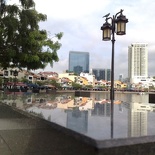 Reflections on the bench

A good camera needs good fuel, but the performance is just acceptable- A full battery charge can last you (to black out) about 200 shots without flash at 5 Megapixels, use the flash and see the battery bar fall exponentially with every shot. The xenon flash have its good and bad points. The good obviously having a large flash area to light in the dark (see sample shot below). 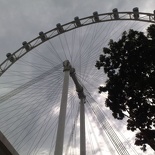 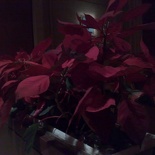 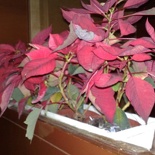 The bad is that it drains battery by ALOT and frankly speaking, you are better off with a digital camera which can last you much or even twice more the shots. The phone may be feature packed, but not exactly practical as a dedicated main device.

Furthermore, you cannot use the N82 as a torchlight (with third party apps) with a xenon flash lamp or have a “constant-on” video light at night, so thats a few plus for the N95 8GB LED lamp. Frankly speaking, the LED flash of the N95 is not as bad as it is- it still gets night shots decently done most of the time, it’s only the exceptional darker shots where the N82 really show it’s ommph with Xenon.

Build and Quality
Though a solid piece, the N82 feels much cheaper than the N95 8GB mainly because of the full slippery plastic casing. The worst thing is that the front face is made out of a coated chrome plastic made to go with the rest of the front face of the phone.

This is the same material they use to make the opening windows for the secondary camera, screen and light sensor, (unlike the N95 with dedicated plastic housing). This means that over time this chrome firm can be chipped or be rubbed off the bottom transparent plastic and you won’t want that right on the face of your phone! I can see to that being accelerated if you leave it with keys or coins in your pocket or even scratching/dropping it. You really need a front face protector for this phone.

It’s actually quite practical
On a brighter side, the thing I really like about the N82 is the lens cover which actually allows faster startup of the camera rather than unlocking the keypad and holding the shutter key to start, this is particularly useful to capture quick pictures on the streets when you least expect it as a moblogger. Pictures on my old N95 8GB sometimes turn up misty due to particles sticking to the lens.

Furthermore the audio 3.5mm jack at the top is a right position, whether in your pocket or in a slip/ exercise arm pouch while running, the headphone jack is best placed at the top so as I come to realize, practically on the design part. 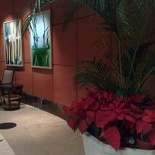 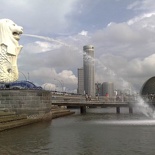 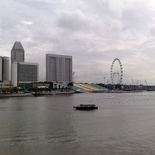 Interface
The interface of the N82 is faster than my N95 (stock) out of the box, especially viewing GPS maps. I believe this is mainly due to updated firmware. But this is a minor plus point considering that firmware can always be updated for either phone.

In all, frankly speaking for photography I can’t name or deny that there isn’t any other Nseries phone other than the N82 which can be better for the job. It is not perfect, but what cameraphone is?