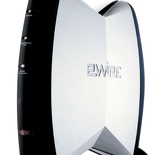 Got a letter few days ago that my Singnet broadband speed has been upgraded to 3Mbps from 1.5Mbps without any additional charges, maintaining the usual subscription at about $58/mth. This came very much as a welcome in sharing the bandwidth among the few ummm, 7 computers at home. It’s not the first time I’ve got a free upgrade – I remembered they’ve previously bumped up my old 256kps to 512kps and then up to 1.5Mbps previously, presumably to remain competitive with Starhub (aka ol’ SCV) cable who also have their own fair dishing of free upgrades on their own.

Remembering the old days, come to think about it it’s already more than 10 years since I’ve been a subscriber with Singnet, in fact about 13 years already since the ol’ Singtel “Teleview” days with those noisy but “cutting edge” 14kbps modems (yea- cutting edge… I always go laughing when I read dated computer magazines I’ve stashed from the 90s). Those were the days. I guess one can never appreciate broadband if they weren’t a 56k’s subscriber before – which I unfortunately have to put up during my growing-up years. Still can’t believed that was enough for Counter-Strike and Starcraft multi-player games back then. And laughingly, the whole house would be quiet whenever anyone is up online as no one can ever call through!

Singtel Mio
I had been considering the Singtel Mio for few months now and almost committed to it as my Net contract had expired sometime ago (sparking lots of annoying marketing calls from SingNet as well). Seemingly the Mio, 3.5Mbps Broadband, Home line and Singtel mobile line all at a low rate at $68 basic++ is indeed a very tempting offer (as the acknowledged by the horde of crowds at singtel stores at it’s launch). Though my current Net and Mobile bills alone are averaging a slight $20 margin above the basic Mio $68/mth package, I am considering putting Mio off as my current gateway modem and set-up is the most reliable I have to date- no DCs or home network crashes, so why fix anything which ain’t broke? So as I’ve learnt, Mio too have it drawbacks:

Besides chalking up your electricity bill for the modem, do take note that you cannot make calls (especially emergency calls) in the even of a blackout or power trip. Though that’s not very common in Singapore, but something you have to be aware of in such an event. The most disappointing thing is the limited number of phones which can be used for Mio Mobile- I mean $15/mth for unlimited wi-fi calls is a sweet deal and technically any phone with built-in wi-fi CAN make VOIP calls through Mio Voice, so why limit it and maintaining the partnership monopoly of “approved phones” to few Nokia phones only?

Mio is good, but it seems that I might put it off till something better comes by.