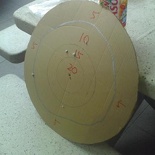 That’s a cardboard dart board in case your were wondering. There’s was a 3 day orientation camp in SP since last Friday comprising of juniors from The Rotaract and Leo Club, ending on the third and last day (today) with a city-wide treasure hunt. Peili called me to help out as a station master pair for today’s event which actually came rather obliging as I actually couldn’t not make down to the whole camp itself due to my schedule.

My station is suited at Far East Plaza, with seven more located a few key landmarks around Singapore, namely the Arts Museum, Esplanade, Fort Caning, just to name a few. Our station has a challenge involving blowing spit balls from a straw onto a dart board with rings demarcated with 5 point intervals, where a score of 100 is required to process with the next given clue. Teams will then allowed to leave after they had cracked the riddle to the next destination and everybody hydrated with ice-cold water (safety measure as some teams actually ran from fort canning all the way here to far east).

The ice-cold water was provided courtesy of the very kind staff of Burger King Far East Plaza who always happily filled up our 1.5L PET bottle for free everytime we approached them, totaling almost 8 times for all our teams. Teams generally come at 30min blocks during the 9am- 3pm event, but was dampened by the rain causing few delays, but nevertheless everything went smoothly. 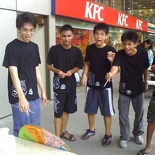 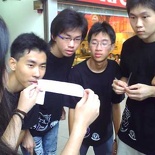 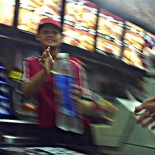 We actually had quite some free time between groups, saw that coming with some of my homework and my laptop there to finish some chores of my own, besides finding out what I’ve missed during the camp. Learnt about their adventures over the past few days, namely their ice-breaking sessions, cheers and especially the night walk where Peili have to go around campus as a ghost to scare the juniors who made their tour around campus around a planned route in pairs, bizarre!