Been researching quite abit on the close battle between the 2 powerhouse phones, the Sony Ericsson P990i & the Dopod 838 Pro (HTC Hermes aka O2 XDA Trion aka Qtek 9600 whatever the rebranding). Both costing at least $1000 & representing the motherload of current consumer technology. I am still on the deciding stage so do drop down any comments/recomendations if any. 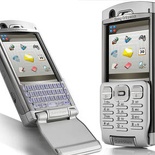 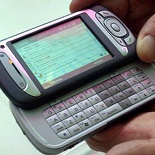 More me, though it seems that the SE P990i seems to have the more cool factors & hardware functions, I am tending to lean more towards the Dopod side now, mainly because than I am a current Pocket PC user on a Dell Axim X50v, thus being more familar with the OS & able to run my favorite existing games, file explorers, notetakers & MP3 Players on it, futhermore SD cards are one of my most commonly used medias, & a MicroSD card can easily be compatible with all my full sized SD slot deviced with the adaptor, unlike MS Duo.

Here are the dissected advantages & disadvantages to consider:

I didn’t touch on common features like Bluetooth (with A2DP & Audio Remote support), IrDA, Wifi, 128MB ROM/64MB RAM, Jogdial keys , no-software filesize limit, top flashing indictor lights, LED flash, being a “USB-mass-storage device” when PC-plugged & the 2MegaPixel camera as they are all common features. But I guess it’s the flexiblity built into the Windows OS which currently won me over. That is important as I can ultilise more features of the device with new upgraded software or registry changes given the nature of the Win Mobile OS, something the Symbian side can’t really do without risky flashing or hacking.