😎 Drove into camp last sunday as mum & dad were overseas for a vaction, so that very much leaves the car for me to use. Having a car very much added to speed & convience for me, considering its the first time dad actually allowed me to drive on my own around. Driving alone have its thrills, not to mention being very independanT (& a lighter car!). Journeys worth noting for the week includes a nights off on tuesday where I got to park at a HDB multistorey car park for the 1st time near the jurong point area with john for some chill out.

😯 The highlight for the week is largely the midweek outfield event which involves testing out some movement techniques & us riding around. I was the section commander, thats pretty muchof the work, lucky for me theres not much dismounted roles. If it is not just riding around in our M113s jumping into mud, eating monsterous clouds of dust of area D, throw thunderflashes of a speeding vehicle, shitting out in the wilderness, sleeping in the freezing night or get bug fested by mositioes. Man we can call that fun…

Its christmas eve & the block leaves starts today for the wing, so that would be till jan 3rd next year. (yea) with an excpetional dental appointment on the 30th this month. Done with sending all the OVM stores at the end of training yesterday, with some exceptional lost stores here & there which we kinda settled or kept in control. Looks everything’s all set for christmas tomorrow!

Projects for this week’s blockleave: 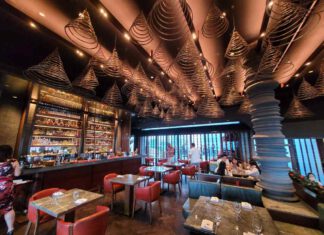