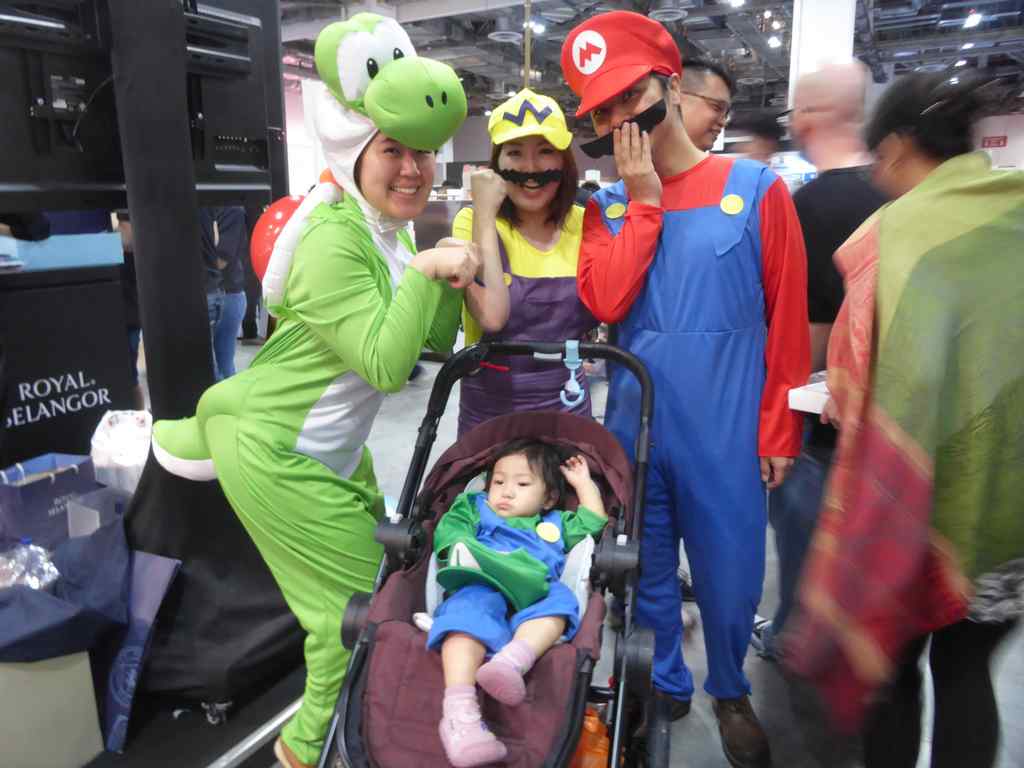 The Singapore Toy Gaming Comic Convention (STGCC) 2018 is on this week at the Marina Bay Sands Convention center. The show is one of the main staple comic and cosplay event. It is held no where better in the heart of the Marina Bay district. You may recognize the iconic reservoir lake from scene in Formula 1 Singapore grand prix or National Day. The skyline of the Singapore Central business district overlooks the area. It offers beautiful skylines of the area with excellent photo opportunities.

The convention is synonymous to the Comic Cons. It brings the love for costuming (cosplay), toys and comics altogether under one roof. Like those in the United States, such as the San Diego Comic con, New York comic Con and Dragon Con. However, though the convention in Singapore is nowhere near the strength and fan base as the overseas conventions, even in comparison to Malaysian Convention (e.g. Comic Fiesta). STGCC is still the largest of such events in Singapore. It is held annually in Singapore this time at the second basement of the Convention center.

Moving around STGCC (its better this year)

STGCC this year comprises of three main sectors. They are namely the toy and comic sector, the artist alley and the GXXP gaming sector. The bulk of the toys and merchandise areas reside in the main hall. It is dominated mostly by commercial toy companies and greets you right at the entrance of the convention. The Artist alley sits at the far end of the convention hall tucked in its own enclosed enclave.

With the artist alley barricaded, there is only one distinct route in and another out. It is manned by security personnel. From what I hear, this segregation is largely due to the string of theft cases reported in this sector from last year. Henceforth, security in the artist alley is noticeably tighter this year, with the one way entry and exit points.

Moreover, notably, the convention has over the years experimented with different hall arrangements and layouts. STGCC had previously found home on the show floors on Sands level 1 convention floors. Following last years STGCC, including this year, the entire basement 2 is dedicated to the convention. This opened up spaces along basement 1 for attendees and cosplayers as holding areas. This sits as an intermediate floor between the ground level and basement 2 halls.

On previous years, the event had known to open up empty halls for cosplayers. However, there is no such facility this year. In place, an entire hall this year was dedicated to the queue, ticketing and security check counters. This leads you straight into event space.

However, thankfully, the entrance layout is not as confusing as last year’s STGCC with hidden exits and strict one-way entrances. Only one main entrance and exit door sits squarely in the hall this year, which I preferred. Patrons tend to have a mental model of the entry point being the exit as well. Moreover for the organizers, this allowed for centralization of security.

Collectable toys are a staple of every STGCC. This 2018 installment is no different with strong product pushes by toy companies, both local and overseas. Here this year, we have the usual suspects, Hot Toys, Beast kingdom and home-growth Action city and XM Studios.

Taiwan-based Beast Kingdom showcased their newest range of toys for the year-end and upcoming seasons. Notable ones includes a Disney series and Zootopia figures for pre-order and can be found in-stores end this year. Simply Toys booth is strangely rather small this year. Being an avid Funko collector, there were not many interesting collectable Funko figures for viewing this year. It was quite a disappointment.

In contrast, local luxury art collectibles provider, XM Studios is around in full force this year. Their booth is bigger than ever with rows of displays spanning a sizeable portion of the main hall. Most of the figures on display are prototypes of their renowned intricately hand-painted models.

XM studios is known for their large and highly detailed single-pose sculptures. They pride themselves in sourcing and having only the finest artisans, experienced sculptors and renowned painters for the job. However, you do pay a premium for their goods. Their products do come at a hefty price. After all, what you pay is what you get. 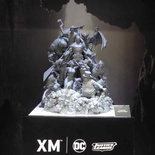 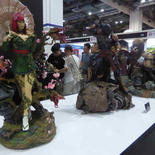 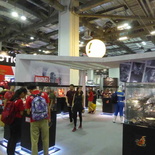 Moreover, with no large Starwars movies out this year, there is noticeably a smaller commercial Starwars presence. Hence, no live-sized models, or photo opportunities like the millennium falcon set from last years STGCC. Moreover, most of the fandom force in this year’s show resides mainly in smaller interest groups such as the Mandalorian Mercs costume club and the Starwars.sg and friends. I shall cover them separately on my following article on SGTCC 2018 cosplayers.

Also adding to the Starwars mix is a range of new collectable kit models offered by hobby veteran Bandai. The range starts from an entire assortment of X-wing and Tie-fighters to renowned character figures and ships of the movie trilogy.

Moreover, Royal Selangor has a booth this year in-show too. Since 1885 their design and craftsmanship have long defined Royal Selangor. They pride themselves as the world’s foremost name in quality pewter gifts and home accessories in offering high quality ornamental pewter figurines intricately crafted. Notable items here include licensed figurine products from the Starwars and Marvel universes. It is a take from their usual business model of tableware, plates and trays. 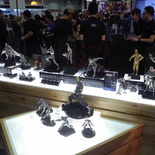 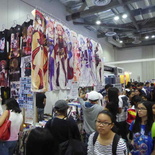 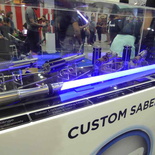 Moreover, adding to the toy mix too is a myriad of Independent shops hawking various Otaku products. The merchandise range from T-shirts, pillows, costumes to even plush toys. Tamashi nations has a special glow in the dark booth which you can walk through. If vintage toys are to your liking, a couple of toy and comic shops have a selection of old toys and classic books on sale too. Just be sure to grab them before they are gone. 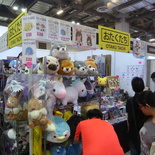 Plushes and trinkets on sale 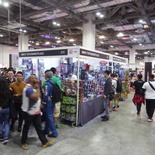 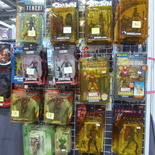 Some old toys on sale

Moreover, Books Kinokuniya has planted a booth this year with an extensive collection. They had a huge booth hawking a variety of goods of the trade, such as comics and artbooks. They claim there are over 500 thousand quality titles from all over the world in various languages of interest.

Also, notably, Kinokuniya tied in their presence in celebration of 35 years of bookselling in Singapore since 1983. It was packed with patrons when I was there. The crowds at the booth are an indication of the deals offered in-convention. 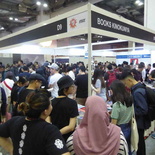 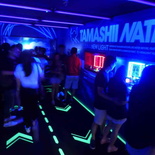 Furthermore, usual toy favorites in the show, or at least within Singapore at least includes Tokidoki, with a dedicated booth as well as Tamashi Nations with a cool section devoted to showcasing their range of glow in the dark toys. There is no other better way than to have patrons see them in a dark UV-lit dark room.

A newcomer to STGCC this year is Lego. The LEGO Group is out with a force this year, with an expansive booth littered with several play areas for kids and kidults alike to build up their best shared creations. Also, on showcase is an expansive LEGO Harry Potter Hogwarts Castle . it is constructed with a running locomotive. Additionally, Lego was running a challenge during the show to build up a Lego mural comprising of several Lego plates all put together.

Interestingly, food is not something you come across as a stray smell in a toy and comic convention. True enough, cooking right on the convention floor this year are food stalls operated by Kraftwich, Pastamania and Udders. They have an assortment of toy-related food items on sale too.

Sew up your own Superhero cape

Furthermore, SINGER, the household brand of Sewing machines is around with the Superhero theme, brightening up with super hero livery. They were delighted to offer up to 500 capes every day for fans at the show to have a go at using their sewing machines to put together a costume of their choosing.

Here, you can a hand-on at using one of the available sewing machines to sew up a superhero cape which you can keep and wear around the show. You can do so in any of the four SINGER Telephone booth telephone booths at the zone. It allows you to channel your inner Clark Kent swiftly transforming into Superman and assemble and flaunt your own geek superhero cape. The cape is decked in red livery with retro gamepad symbols. It is a neat touch indeed.

There is more up at STGCC. Following up, I shall touch on creative personalities, cosplayers and the GXXP gaming sector in the next part of my STGCC walk around. Read on!