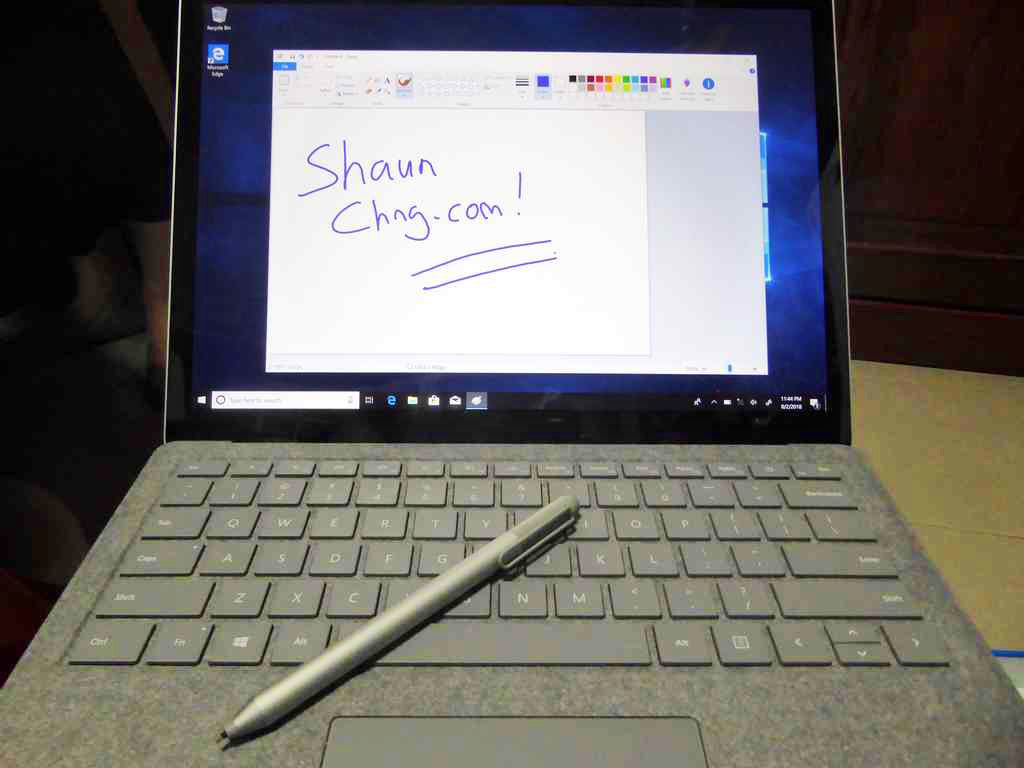 Specifications-wise, a mid-tier Surface laptop comes with a choice of two Intel processors. It starts with a 7th Generation Core i5-7200U or a 4-core i7-7660 running at 2.5Ghz. Both are decent productivity configurations. The i7 variant comes with a beefier Iris Plus Graphics 640 while the cheaper Core i5, starting from $1,488 SGD is bestowed with the standard HD 620. Both graphic options are integrated graphics options. All variants come pre-loaded with Windows 10 S, though my unit comes loaded with Windows 10 Pro instead. 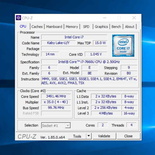 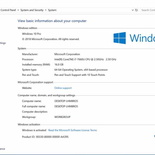 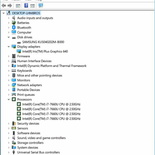 Configuration-wise, you can specify a maximum SSD storage of 1TB and 16GB of DDR3 Ram. The operating system (Windows 10 Pro) takes up about 50GB of disk space. My i7 review unit came with a 512GB Samsung SSD of soldered on running on NVM Express version 1.2. It offers an impressive sequential read speed and write speeds of 1.6GB/s and 0.97GB/s respectively. The laptop takes about 20 seconds to boot from cold.

Furthermore, the upside of having both the SSD and RAM modules soldered on in a highly integrated device and speedy device. This allowed Microsoft engineers to efficiently lay out the location of the flash and RAM chips. This allows for an extremely slim motherboard and chassis profile and aids for more efficient cooling.

The low down however, is the lack of upgradability as well the inability to mix and match configurations. The Core-i7 laptop starts only with 8GB RAM with a 256GB SSD. Additionally, only choosing 16GB system RAM grants you options of 512GB or 1TB disk storage options. However, go happy with configuration and you can see yourself paying upwards of $3,888.00 SGD for a fully loaded out Surface laptop. That is desktop performance gaming laptop territory.

I will personally recommend the i5 Version with 8GB RAM and a 256GB SSD going at a more affordable SG$1,788.00 incl. GST. This puts the Surface Laptop up against the Dell offerings. Their current XPS 13 touts an 8th generation processor at a similar price range of $1899 SGD.

For now, even in 2018, we are stuck with last’s years 7th-gen CPUs for the Surface Laptop. Microsoft usually does incremental upgrades to their Surface line of tablets every year with a processor refresh. We probably could see an 8th generation processor refresh coming end 2018.

In the world of ultra-portables. We often see a trade-offs between of performance for weight and battery life. Moreover, a laptop scaled with large dedicated graphics processing unit (GPU) on-board with a similarly power-hungry processor will have to sacrifice weight, thinness, portability and battery life for the extra performance.

In my tests, the included i7-7660 series CPU does a pretty good job of balancing computational performance tasks and running cool. The integrated Iris Pro 640 graphics offered the best compromise of a lack of a dedicated graphics card. It presents graphic processing capabilities above your typical integrated graphics like the HD 620 or the current 8th-gen HD 630 GPUs. The laptop is able to run a couple of fairly-intensive 3D games, but don’t expect it to do so often with maximum visual settings or at its native video resolution.

The Surface laptop was put through a series of benchmarks. On 3D Mark scores, it scored 4278 on the Sky Diver benchmark and 1101 on Fire strike. Average 3D benchmark frame rates were observed to hover about 15 Frames per second on the demos. Additionally the CPU was noticed to throttle max CPU performance when powered by battery only, yielding lower scores than previously benchmarked. It scored 3535 (18% lower) on Sky Diver and 752 (30% lower) on Fire Strike. 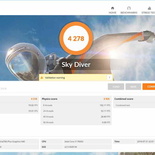 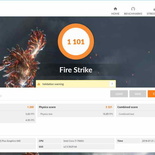 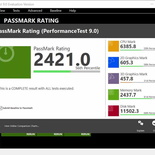 However, this results are exceptionally good for an integrated graphics solution. This is a far cry compared to the current HD 630, with the Intel Iris Plus 640 having a 20-25% performance lead over the current-gen mainstream integrated graphics solution. The Iris 640 offers about 8% more performance on an equivalent GeForce GT 750M, a 4 year old graphic card. However, it still lags behind more modern offerings such as the GeForce GTX 860M and GeForce GTX 950M by up to 23%.

Note-worthily, the Surface laptop sits on the other end of the spectrum with more emphasis on portability. So don’t expect to see any breakthroughs in gaming benchmarks. It is not the fastest of the pack in the ultrabook market, but does not lag far either. In comparison, the current-generation Dell XPS 13 scores about 8-12% better in each respective 3D mark and Passmark scores.

The laptop’s fan vents are located at the rear of the device, sitting just below the screen hinge. Unlike the Surface Book with it’s amazing accordion hinge and Surface pro range of tablets we are familiar with. The Surface Laptop takes on more of a conventional laptop form factor. It marries the best of the surface lines, such as its large track multi-gesture track-pad, and highly ergonomic surface keyboard in a familiar layout.

The laptop is lightweight in feels cool on your lap with regular use. In my benchmark tests I hardly saw Maximum temperatures of 43 degree celsius with a nominal temperate hovering about 40 degrees. It is hot not to be placed on your lap, but not overwhelmingly hot. At this load, the Laptop is surprisingly quiet, making it ideal for use in quiet environments, such as libraries. 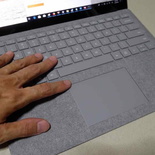 The sides and top of the laptop does not get too hot at load. 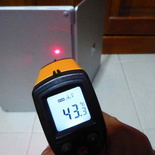 Temperatures peaked at most 43 degrees at the bottom of the laptop. 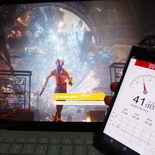 An interesting feature is a single row of vents for cooling. In typical laptops, this is usually done via vents on two faces. We see air being sucked in via intakes from the bottom face of the device. The air then gets channeled through heat fins to soak up heat and exhausted usually via the rear of the laptop away from the user. Such laptops usually have raised feet on the rear to prop the laptop up for fresh air to be sucked into the bottom of the laptop.

In Microsoft approach, the rear of the Laptop unibody aluminum body is a single line of vents. Surprisingly, it functions as both an intake and exhaust port. Here, fresh air is sucked in from the vent sides and similarly exhausted at the center on the same rear face.

Hence, this allowed Microsoft to isolate cooling to the laptop rear. It streamlines the internals, having the battery take up areas which was previously used on laptop to house the bottom in take air vents. Moreover, this design allows you to use the surface laptop on cloth or fabric surfaces where the bottom air intakes would usually be blocked.

However, there may be some inherit risk of exhaust recirculation, where hot exhaust gets pulled back into the laptop, reducing its cooling efficiency. This however will only be evident in high CPU intensive tasks. Most of the time in daily productivity the exhausted air is not warm enough for this phenomenon to happen.

The Surface laptop screen assembly is really thin, sitting at just under 5mm thick. The screen is gorgeous. it offers very dark blacks and images appears vivid. This is amazing as the screen also has both capacitive and active digitizer all in-built under a layer of Gorilla glass. I am pleased to report even older generation 1 N-trig pens work with this active digitizer.

Moreover, the LCD panel itself is located near on the surface of the touch digitizer without looking too recessed on the monitor surface. The 13.5″ screen is accentuated by a thin black bezel. It is though, not as impressive and “bezel less” Dell XPS 13 with its edge to edge screen. The glossy screen is a mixed bag for me, though the laptop does look real good in it.

And you though Microsoft will skim on the touchscreen experience with a non-tablet form factor. I am pleased to report you get the usual bells and whistles of 10 point multi-touch and Surface pen support. Additionally, the active digitizer is backward compatible with previous generations of N-trig Surface pens from the Surface 3 onwards. It is excellent for note-taking students to even creative sketching and illustrations with palm rejection when drawing.

By default, the Surface Laptop is tuned to a default display resolution of 2256 by 1504. This gives the laptop a screen ratio of about 3:2 and a PPI of 201. This is what Microsoft calls a PixelSense Display. LCD production quality these days are so perfected that dead pixels are now a hygiene factor and a thing of the past.

I can see this aspect ratio useful for the Surface line of tablets, where the screen can be detached and held in-hand in portrait without being too narrow. Here, the screen will appear more appropriately sized to the footprint of standardised A4-sized ISO paper.

Furthermore, this aspect ratio for the Surface laptop does make it tad taller than your typical laptop of a similar size. My only gripe about this aspect ratio is top and bottom letter boxing when playing certain games or video media optimized for 16:9 screens.

The screen is however able to open to a maximum degree of 160 degree from its closed position. This is due to the clam shell style opening system. It would be good if the laptop is able to open to a full 180 degrees. This makes drawing and writing on the screen more ergonomic.
Thankfully unlike tablet PCs, the bottom of the laptop is heavy enough so as it does not tip over. The hinge itself is tight and study enough that the laptop screen does not move or open up when prodded with your fingers.

In my battery run down tests, the Surface Laptop manages a real world usage of managed a battery life of 9 hours running from a charge of 100% to about 6% remaining. The use-case compasses a mix of productivity tasks, light gaming with Wi-Fi and Bluetooth continuously on.

On my real world use, I found the battery life is below Microsoft claims of 14.5 hours. This estimate is of course under absolute perfect conditions with Windows 10 S and doing only local video playback. Also, it is also worth noting my Surface Laptop comes with Windows 10 Professional installed. This could be more power hungry with more background services.

Hence the less than expected battery life span. Additionally, running the Laptop at maximum continuous loads such as gaming and benchmarks will see the battery life plummet to an abysmal low of 5 hours.

Battery monitor reports a 47.5 Wh battery capacity. It has a gain of 290 mWh and a charge rate of 22.9 mW. This gives the Surface Laptop a charging time of 2.5 hours from a fully depleted battery reaffirmed on my charging tests.

All in all, the Surface laptop offers a good blend of performance and practically delivered through a slim light aluminum unibody. It is both stylish, contemporary and is excellent for students and mobile road warriors for office productivity. It’s form factor is ideal for people who desire the best traits of the Surface line of products. This includes excellent industrial design and the use of nice Anantara material for the keyboard.

The Surface Laptop is great if you are looking for a very lightweight tablet for typing and productivity. It truly delivers the best of the Surface experience without going down the uncanny valley of a hybrid tablet.