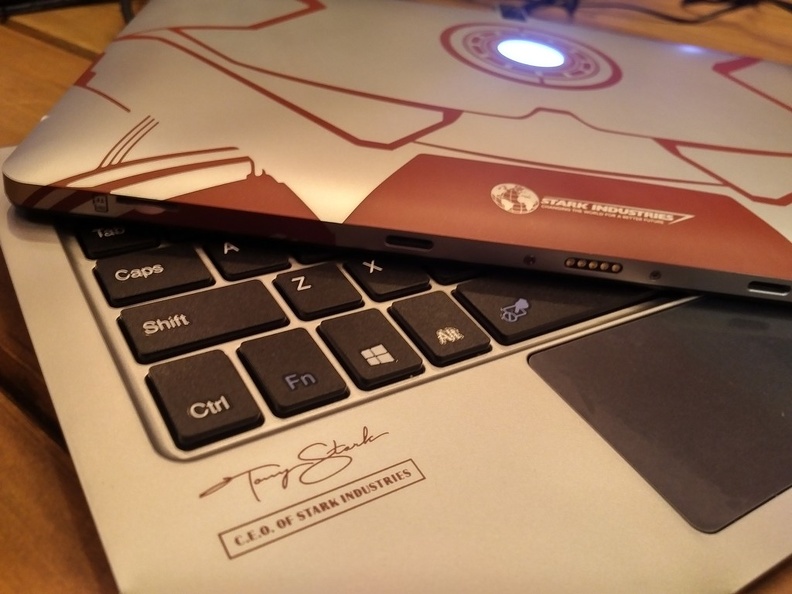 Microsoft Singapore, together with local device distributor E-Huge Technology hosted a launch event at Hungry Heroes café Singapore tonight to release 3 new Windows 10 devices with licensed Marvel Avengers paint jobs. The choice of venue is rather fitting for the event and product line, comprising of three low-priced devices comprising of two 2-in-1 tablets of different screen sizes and one touch-enabled 14” notebook. 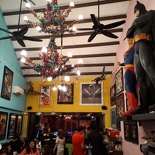 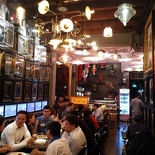 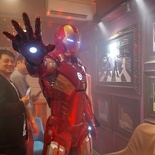 All devices are made by Hong Kong based WMP, and comes specified with last-generation (2015 release) Intel Atom x5 series processors, which till today, have a good track record of power efficiency and price-point. It however, has very limited horsepower use as a daily driver compared to other more capable processor options such as the Intel Core-M or i3/i5 U series commonly found in Ultrabooks. Here is what in-store:

The AVR10T 2-in-1 10.1” Windows 10 Tablet
The smallest device of the trio with a 10.1” screen, this model takes off the detachable keyboard tablet series we first saw in the Asus (Android/Windows) transformer line- where the device can be used as a traditional slate tablet and input enhanced with the attachment of an additional accessory docking keyboard with “converts” it into a clamshell laptop. The tablet itself is pretty well built and feels solid for a budget Chinese tablet and sits smaller than an A4 writing pad at 258x 172.6x 10.3mm and weighing in a 581g (add about 150g extra for the add-on keyboard). The footprint makes it ideal for students who only demand only light word-processing and internet-surfing on a budget and pretty much nothing else. 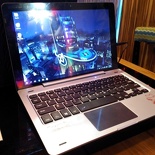 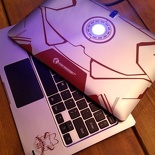 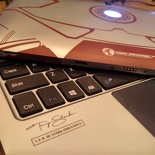 The tablet is clad in sliver painted plastic with an arc-reactor paint job and electro-luminescent backlight lighting which gives the arc reactor cut out at a back a rather good neatly cool glow. Even the keyboard accents have fine detailing. But don’t expect to be blasting any baddies with this tablet’s rather weak Atom processor coupled with 4GB of un-expandable soldered-on DDR3 RAM.

This tablet priced starting at $429 SGD new (the cheapest of the lot), with an accompanying Avengers carrying case, putting it a very good price point against Microsoft’s own Surface 3, which starts from twice the price without a detachable keyboard. However, you get half the storage space (64 GB eMMC) and no pen-input capabilities as seen on the Surface 3.

The 10.1-inch multi-touch IPS display has good viewing angles, but letdown by it’s low 1280x 800 resolution typically seen by Chinese tablets in this price segment (despite HD screens being minimum norm now). The OEM did not claim any battery life numbers, but I reckon the 5,400mAh internal battery might put it head-to-head with the Surface 3- about at least 6 hours of battery life, possibly slightly longer with this lower resolution screen.

AVR116T 11.6” Windows 10 2-in-1 Tablet
With a starting price of $499 SGD, you expect to get more from the AVR116T on top of a slightly larger higher resolution (1366x 768) 11.6-inch multi-touch IPS display and larger 7,000mAh battery, but nope, you get half the on-board storage (a pretty much useless 32GB) than the cheaper, smaller AVR10T sibling. This is also not forgetting that a Windows 10 install already takes up over 20GB of space, which makes this tablet sound quite abit of a cost-cutting joke. 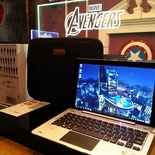 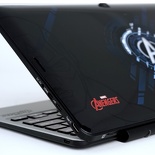 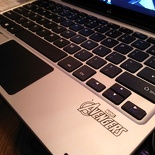 The 11.6” tablet is clad with a silver-black finish, featuring a similarly backlit Avengers logo at the back of the tablet black colour scheme. Its overall 293x 197x 19.5mm dimensions puts it the same size as an A4 notepad, weighing in a 1.5kg with keyboard attached.

The AVR141R 14.1” Touch Notebook
This notebook has the same innards of the first two 2-in-1 tablets, delivered in a larger 14.1-inch slim plastic chassis in all-greyish black. It is the priciest of the lot too at $549 SGD, considering you don’t really get any much more for your money than just a different graphic art wrap on the back, a 14.1” 1920x 1080 (Non IPS) HD screen and a larger 10,000mah battery. You still get the disappointingly small amount of 32 GB eMMC storage, which is thankfully alleviated by a complimentary 100GB OneDrive subscription (for only 2 years). This notebook weighs in at a reasonable 1.78kg, but at the cost of a rather plasticy feel. with dimension 327x 226x 19 mm, still putting it in the portable range. 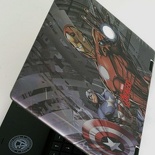 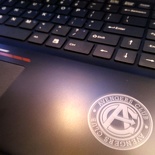 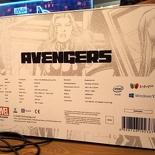 In a nutshell and bluntly put, all the devices are simply pretty much iterations of the same base configuration in different screen sizes, which is excellent for streamlining in manufacturing but horrible for product differentiation. Even for a low-powered device, a main gripe across all devices is the lack of USB-charging (it uses a standard DC adapter jack) and all models have this rather quirky naming convention typically seen as a rebranded Chinese OEM computers, which will be pretty hard for people to grasp or use as a buzzword for the product to stick, not to mention a marketing nightmare.

Both 2-in-1 tablets feature support for Windows Continuum, with all devices equipped with the same 5MP rear-facing camera and 2MP front-facing camera, and comes pre-loaded with customized wallpaper and icons with Avengers characters (not that you can’t actually get any of those straight from a Google search).

Ports and connectivity are exactly the same for both 2-in-1 tablets, with 1x Micro-HDMI video out for auxiliary screens, a pretty much useless 1x Micro USB 2.0 peripheral port (unless you lug a USB-OTG adapter cable everywhere you go), 1 x USB Type C. Storage expansion is achieved by external Micro SD cards via an integrated card slot. The detachable hard keyboard gives you an additional standard USB port.

The main competition in this tablet range will put both the AVR10T and AVR116T above the Acer Aspire Switch 10 with the Bay Trail Z3735F, but below the Lenovo Miix with its similarly spec-ed Intel Atom Z5. The specifications of the 14.1” AVR141R on the other hand, is pretty much an underpowered laptop more fitting for a chromebook.

This got me thinking what is the main selling proposition of this range of devices? Is it marketed as a Marvel premium product? Is it for budget-conscious students? a low-end device? It sure is configured and priced like one. Is this counter-intuitive to the Marvel brand? Does this end up cheapening the Marvel brand? I found the device attention to detail and customization is excellent for a themed device range, but let down by inferior hardware.

Will I recommend the devices? Well, if you are a truly die-hard Avengers fan, probably only the 10.1” tablet as it offers the same horsepower of all the three devices in the most compact chassis. Frankly you are better off with an Asus Transformer or Lenovo Miix. If you are considering the 14.1” notebook, I will recommend at least an Asus Vivobook, Lenovo Ideapad, HP 15 or Acer Aspire S as entry models.

You can expect all three Avengers-themed devices to be available mid-November this year at all major departmental retail stores in Singapore.