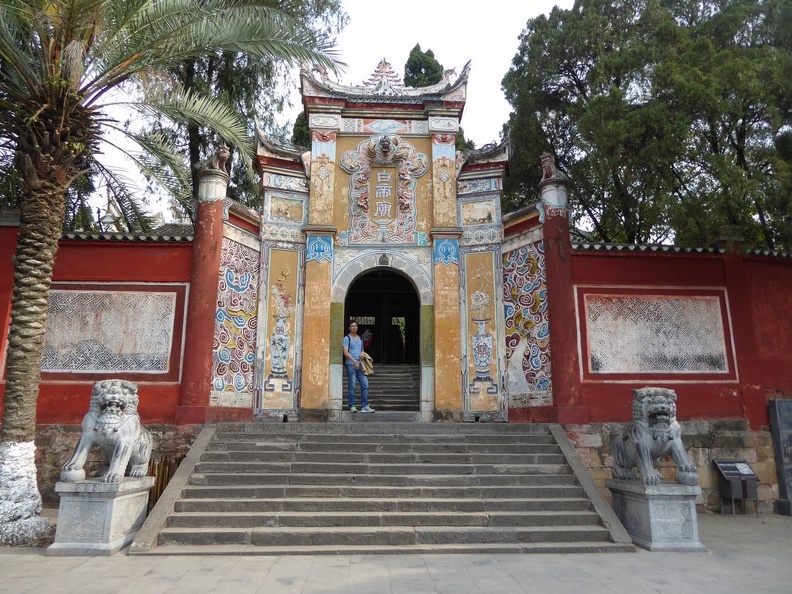 Baidicheng (or Baidi Cheng or just Baidi), meaning White Emperor City in English is an ancient temple currently located on an island along the Yangtze River in China 8 km from the Fengjie County, in the Chongqing municipality. The city used to be part of the North bank mainland, but following raised water levels of the Yangtze river after construction of the Three Gorges Dam, the entire hill temple complex is now on an island connected to the north bank via a solid concrete linkway bridge. Many of the old low-lying structures linking the city to the hill are now completely submerged underwater. With newer buildings now all built higher up above the Yangtze water line. 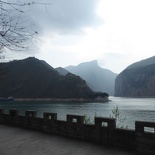 Qutang Gorge from the island 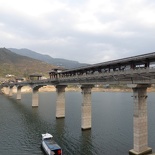 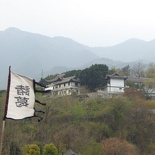 A solid concrete retaining wall also now surrounds the entire island like a fortress, offering protection to the historical site which goes with the Bai di cheng name (“White Emperor Walled-city”). Crossing the linkway bridge will bring you right into the island, with a large Zugeliang statue and memorial greeting you at the island entrance after the bridge. 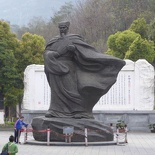 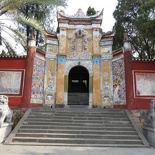 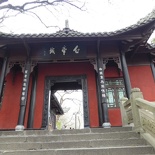 The city is built on the top and along the slopes of the hill island itself. Many legends were spoken of this mystical place. It was once said that the area was surrounded with a blanketing white mist, shrouding the entire hill and giving it rather mysterious, yet serene look, reminiscent of an emperor should be like. It has also been said someone saw a white dragon (an Emperor symbol), warlord Gongsun Shu declared himself Emperor of Chengja following this fortuitous sign, founded the city with the title “The White Emperor” as thus the name of the city. 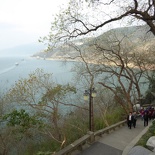 Up on the island 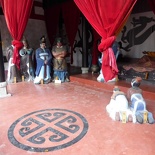 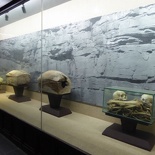 Besides the palace at the top, there are several nice oriental gardens surrounded by classical Chinese huts sheltered by shady root-breathing trees and Zen gardens. There is even an exhibit introducing visitors to the gorge cliff-side coffins. Baidi is also known as the “City of Poems”, even legendary poet Li Bai wrote about the city. Here you can find several large framed poetry ink blanks lining the exterior walls of the emperor palace, each with their own poem, which can be reproduced as prints through reverse stamp printing- a method pioneered by the Chinese themselves. 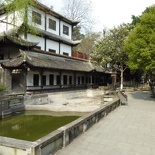 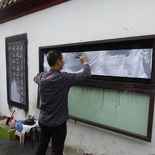 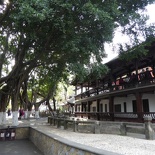 In 2006, the Chinese government established Baidi city as a national heritage site, and I can see why they did so. The views up on the hill are magnificent, offering unobstructed views of the Qutang Gorge, one of the three gorges along the Yangtze River. The island continues to be a prominent tourist attraction, with it being popular with cruise ships which spend half a day berthed by the Yangzte for tours of the little city at Fengjie. If old traditional Chinese architecture and palaces are your thing, will definitely be worth a visit.