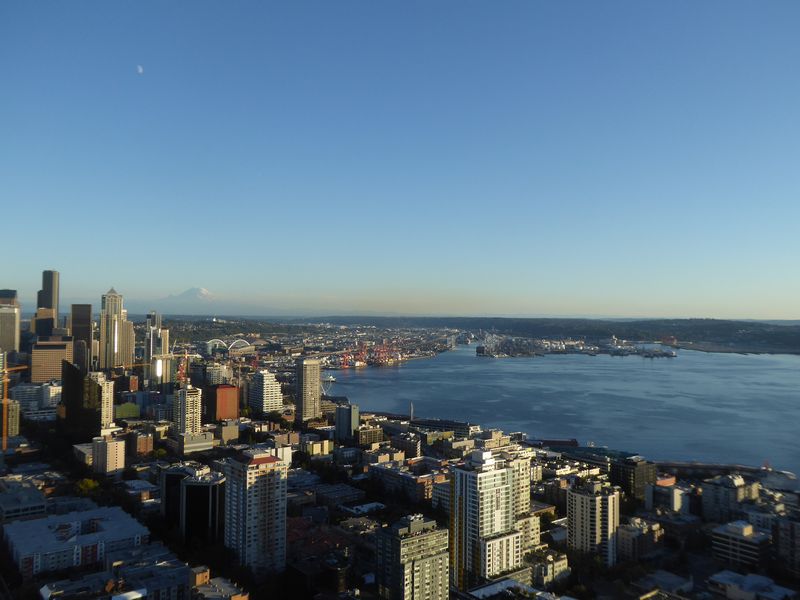 The Space Needle, an icon of Seattle and a designated historic landmark of the Pacific Northwest. The observation tower in Seattle, Washington at the time of construction in 1961 was the tallest building in the West, surpassing the Smith Tower across town that held that title since 1914. Owned by the space needle corporation, construction started on April 17, 1961 for the 1962 Seattle World’s Fair, with completion on December 8, 1961. The completed structure weighs about 9,550 tons and built to withstand winds of up to 200 miles per hour (89 m/s) and 9.1 magnitude earthquakes. The tower itself is 184.41 m (about 55 floors) to the Antenna spire and is 42m wide. The bottom floor houses the attraction giftshop, selling various Space needle and Seattle related novelties- usual touristy stuffs. 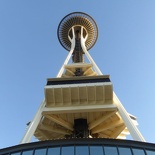 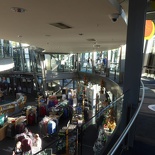 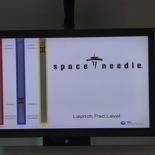 On the way up

The mid floor houses a large floor space, where events can be held. The top 6 useable floors is home to an observation deck at a height of 160m and the revolving SkyCity restaurant the floor below it at a height of 150 m. The tower is served by three external elevators, coloured red, yellow and blue, each offering a unique views going up and down the tower, each elevator trip is rather speedy, complimented by the elevator operator commentary and takes 41 seconds. 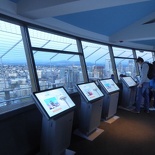 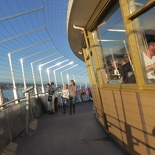 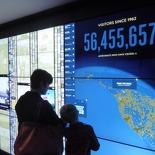 Hitting the observation deck will bring you to a circular indoor area housing and indoor glass-cladded full 360 degree viewing deck, and home to two cafes (in traditional Seattle fashion, serves Starbucks coffee too), toilets and information screens. As with any observation deck, it will be recommended to head up a good 30-60 minute before sunset to be able to catch both day and night views in a single visit. You will also be treated to the magnificent sunset before the skyline transforms into a dark sea of orange lights. 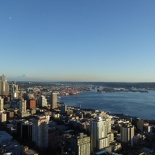 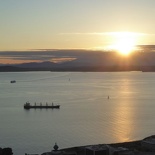 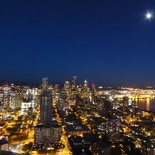 Despite its shorter statue, (even shorter than the Eiffel Tower), the Space Needle is still a unique structure synonymous to the city of Seattle and instantly recognisable worldwide. It is still a prominently tall structure in downtown Seattle; it was once the tallest structure west of the Mississippi River, offering unobstructed views of the downtown Seattle skyline and Elliott Bay. On a good fog-less day, you can also see the snow-capped peaks of the Olympic and Cascade Mountains as well as Mount Baker and the majestic Mount Rainier in the far distance.

The panorama above was built from over 30 separate photographs from the outer deck stitched together. The night views are equally spectacular, the city transforms into a sea of orange lights, demarcating the various grid square streets in the distance below. Noticeably, the city also glows with greater light intensity downtown as well. It’s also time where you can see the Seattle great wheel all lit up at Elliot Bay too (visible on the right end of the night panorama below).

The Space Needle is definitely one of the must-see when you are in Seattle, the attraction itself is not only an icon but the staple of what makes Seattle a unique city of the Northwest.