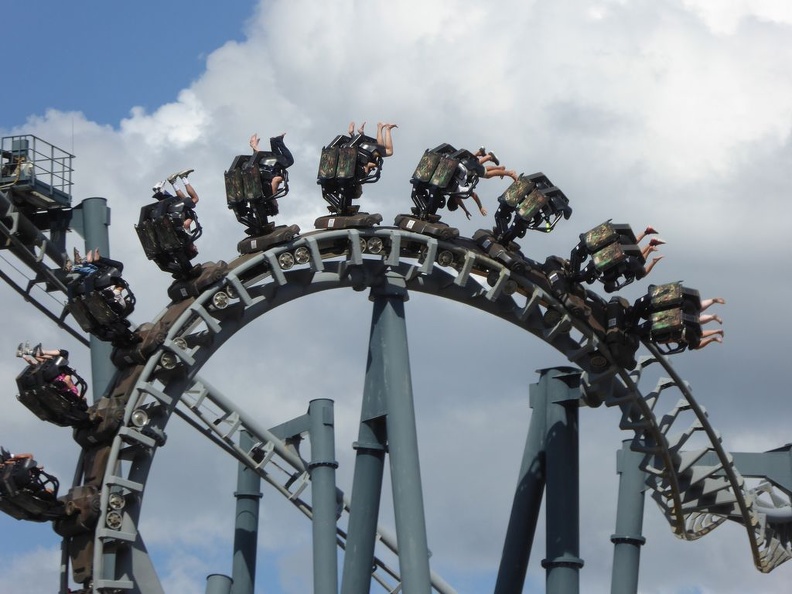 The Warner Bros Movie World at Oxenford is home to the coolest rides and best thrill roller coasters in the region. Located along the Pacific motorway and like Seaworld and Wet wet wild, is similarly run by Village Roadshow Theme Parks. The theme park itself is not actually an actual movie studio, but rather a full-fledged theme park in Oxenford, Queensland, right beside the Wet Wet Wild waterpark and the actual Village Roadshow Studios. 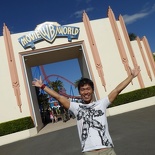 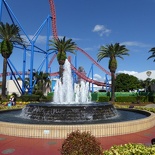 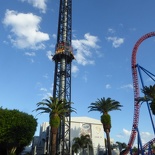 The park is an Australian roller coaster haven, greeting you at the park entrance is the Green Lantern Coaster is an El Loco-styled Steel coaster made by S&S Worldwide, the ride is possibly the first ride you can go right from the park’s main entrance. Thrill rides here includes a space shot tower (Batwing Space shot) and an indoor shoot-up style dark ride themed to the Justice League universe (Alien Invasion 3D) using a tracked gondola system.

Access to the rest of the park is made through the Hollywood street set- a large square and center piece for all the performances in the park. The roads here forks to other themed sectors of the park, namely the Looney tunes island, the old West and Gotham (DC super heroes) city. 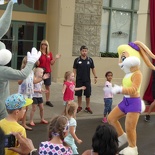 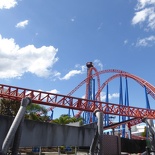 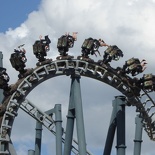 Gotham city area is home to the Superman Escape and Arkham Asylum Shock Therapy roller coasters. Two of the most prominent coasters here. Superman Escape is an Intamin sit-down launched coaster set on the theme of superman saving a subway train from eminent destruction by “flying” it out into the air.

The Joker’s Arkham Asylum Shock Therapy is possibly one of the best coasters and my favourite in the park. Previously known as the Lethal Weapon ride, the Vekoma Inverted Steel coaster accessible just off main street is nicely themed to an insane Asylum set in the batman universe. Strangely, remnants of the old Lethal weapon ride still exists, particularly that of a facade of a town which used to be the ride entrance to the coaster. Access to Arkham Asylum Shock Therapy is now hidden between a couple alleyways beside the Scooby-Doo Spooky Coaster Spooky Island Castle.

Take a ride on the Arkham Asylum Shock Therapy on both front and rear seats!

Arkham Asylum Shock Therapy has a nicely themed jail queue ride area and the trains are even complete with little details such as shock helmets over the coaster cars seats and a hilarious audio track of the joker rambling about his health treatment for inmates throughout the queue wait line area.

And a ride on the back seat of the coaster train!

There are plenty of entertainers on the streets here in Movie World, in addition, the park does daily performances at the central main street area, much to the crowds’ delight. New for the park as previously introduced is the Scooby-Doo Spooky Coaster. This ride also struck my right notes using a highly customised classic wild mouse roller coaster with various spooky theming and indoor ride elements. 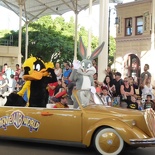 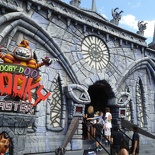 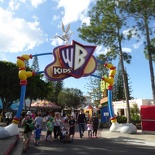 Though the dark ride utilises a run-of-the mill standard enclosed steel wild mouse made by Mack Rides, the ride and pre-ride fantastic theming makes up for it, coupled with storytelling and the inclusion of unconventional track elements such as reverse track elements and even vertical lift elements to go with a vanilla wild mouse section, a very unique and very nicely themed ride in my opinion. Even the indoor queue area of the ride is fantastic by comparison. 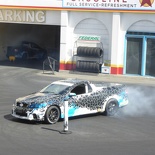 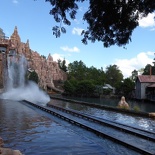 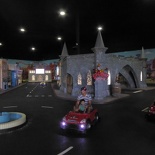 The road stunt performance is rather bland and less entertaining compared to the legacy Police academy stunt show which used to run previously in the 90s when I last visited the park. The park seems tad bit less lively now, possibly a sign of the park’s age.

The wild west area of the park is located on the most North-western part of the part in its own section with a country fair setting with fair games, and arcade and bumper cars. The isolated sector seems to make this section seems quite bit out of place, being only home to a couple of carnival stalls and a Log flume made by Hopkins Rides located in the Wild West Falls section of this park sector. The log flume is a rare find nonetheless to find such classic 80s extended two-conveyor belt hill lift water ride in the world anymore.

Kids are not left out here in the park, with an entire section on the eastern side of the theme park dedicated to little ones and scaled down rides to boot. The Looney tunes children sector (Kids’ WB Fun Zone) is largely a family friendly kid-themed area complete with kid-sized thrill rides. There is a Yosemite Sam Railroad track ride, as well as a Loony Toons kiddy carousel toname afew.

There is even a nice family roller coaster there too called the Road runner roller coaster, which dominates most of this park sector. Check out a ride on the kiddie coaster!

The Road runner coaster is a full circuit kiddie coaster complete with good banks, drops and speed, with adequate ride length requiring only a single pass through the circuit.

In all you are good in the park for an entire day, with enough shows and rides to keep you entertained from opening to closing, with the addition of a couple of re-rides on the roller coasters as well. Warner Bros. Movie World is one of my favourite theme parks in the Australian Gold Coast, but it is just a pity during my visit that most of the roller coasters spend their time being down than actually running. Nonetheless, a must-visit during your stay in the Gold coast. 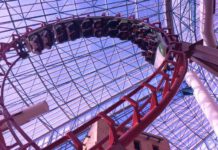 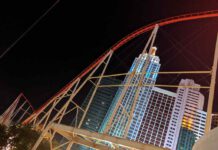