Going with the old tradition of free speech, the University is known to feature many high profile guest speakers, one which is usually a favorite will be controversial speakers. The usual speaker lineup will include distinguished UK Prime Ministers, Kings, US Presidents. Moving away, Julian Assange was the last such of the controversial speakers to date at the Union, these talks are usually restricted to “responsible” university members and held within closed doors due to the sensitivity of the content discussed, particularly the reflection of personal opinions on certain parties. This time Dr. Thaksin Shinawatra, the former exiled Prime Minister of Thailand was invited to speak as part of the Cambridge University Southeast Asian Forum.

He shared with us the experiences he had while in cabinet, often coupled with his occasional Thai slang humor. The talk is rather casual with him opening the ground for any questions we can throw at him. He touched on particularly the effect of the policies he implemented during his time in office and his strategies to boost the strength of a capitalistic economy. Where he transformed Thailand into a third-world country in need of international aid to one of the developed capable to give provide aid. 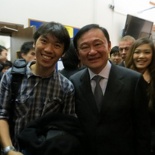 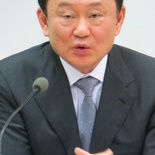 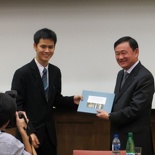 That too of course not without having to be the bad guy at times and internal political conflicts to get things done in the benefit of the country. The results of his work in office speaks for itself, as he always claim. I was indeed rather fortunate to meet one of ASEAN best leaders in person.

Dr Thaksin is a rather established person not just as a politician, but as a business man too and is not afraid to flaunt the results of his work, particularly his wealth too- despite arriving rather late for the talk itself in a rather spanking Rolls Royce Phantom, flanked by security escorts in their black BMW 7 series vehicles, that is what I call style!

He also shared with us since he was being exiled, he is pretty much based “internationally” traveling around the world on his private jet which most recently he purchased about a couple of years ago, clocking in more than a thousand hours of flight time annually and exploring and learning about the cultures in many parts of the world, presumably as part of his retirement plan.

The talk ended with tokens of appreciation exchanged before heading into town itself for a private dinner right in the heart of Cambridge itself.