Home Blog Merry Christmasy from (not too cold) Cambridge!

And so it’s December and time for a much needed blog post on the happenings so far here. Guess I was just too busy with stuff and the end of the that I had not found much time to share the happenings here as of date. The sad fact is that there is actually quite a lack of things happening here, with the exception of homework and loads of end of term pile ups and deadline reports to submit (and finally done with whew).

Having said that, Christmas here in the UK is also the time where almost everybody head back home and out of college for Christmas. Everywhere here in college seems pretty much like a dead town now in comparison to the term time buzz. The kitchens and halls get progressively quieter over the days as the holidays finally hit. The streets are all quiet, bare and empty with most stores all closed until next year. This is of course in stark contrast to the situation back home, particularly most shopping districts in Asian countries, like those in Japan, Seoul and Singapore, with the streets buzzing even with extended store opening hours till midnight.

Christmas here in the UK on the contrary is one for the family- Christmas tradition holds as a get together period for all family member and relatives alike. This means getting together back at home on Christmas day enjoying a scrumptious Christmas dinner (which also means the most expensive time of the year to travel too). This is my first year where I get to spend Christmas grounded in Cambridge due to a leg injury. Which kept me pretty much grounded here in college and made me very acquainted with Taxi drivers in getting around town as well as the hospital outpatient’s department. Due to the inconvenience of travel, I didn’t get to spent at my aunt Jenny’s place, though she never fails to always delight with her wonderful roast and Christmas cheesecake. Just a pity I can’t join her family this year. 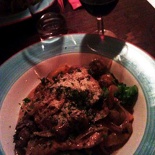 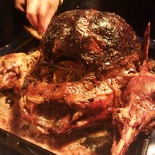 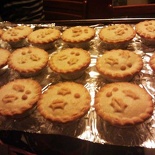 Anyway, I won’t just stop there and call it quits. Christmas is a time of feasting and celebrations. So the least to do is to have few get people together, particularly those who remained in college during the period. There was a pre-Christmas day dinner at an upmarket restaurant in town as well as a wonderful Christmas lunch and dinner with university mates at a large rented out-of-college accommodation flat courtesy of an old friend of mine. The flat was big enough to house our Christmas day party of 25 and we had Turkey! Loads of it. Well too much turkey, 2 large birds in fact to the extent where leftovers the next few days were literally Turkey days as well.

Weather-wise this is my first winter here in Cambridge without snow. It seems this year the snow decided to head home too, it’s pretty much snow-less Christmas in Cambridge. Not to mention rather warm for winter now too. Surprisingly, there are still many trees out there with their leaves on and lush green patches of autumn grass dotted everywhere around town. Temperates here range from 5 to 11 degrees here at night which is nearly autumn weather in comparison to the sub freezing temperatures of last year and the year before.

In comparison, lets take alook at the snow that was in Cambridge the years before. Surprisingly this exact panorama taken 2 years ago by yours truly was used by my college as the official college Christmas card this year. I am honored!

Snow here in Cambridge is known to come in one big flop in December just before Christmas (well at least for the last 2 years I was here) and very much sits around slushy like a sore thumb throughout January at least. Commendably, the weather here in Cambridge is as good as it can get in the UK. Cambridge is pretty much sheltered from harsh storms and snow, given it’s location in land just north of London. So if the weather is bad here, chances it might even be worst else where.

So that’s for Christmas this year now, there was lots to eat and not as bad as I thought to be, despite being grounded. And oh thanks for the Christmas cards to those who sent yours, I had to find more wall space to pin all of them up this year.

In the meantime, Cheers and have a great Happy new year ahead!