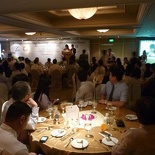 The National Youth Achievement Award (NYAA), Gold award holders alumni (GAHA) 15th anniversary dinner was on today. Held at The Pines, (previously known as The Pinetree club), it saw the reunion of the gold award holders over a lush 15 years of history in the presence of Mr Mah Bow Tan as the guest of honor. Dr Yaacob Ibrahim was there as well.

Surprisingly quite a number of the guests who attended the event are noticeably more senior than what I expected, reminding me how long the GAHA had came about since it was conceived a full 15 odd years ago (therefore the large spread of the age group within the guests). The bunch I was in was considered to be the “younger batch”, with most of us either students or just entered the working life. Very much like-minded people.

The food was decent. It was a 3 course dinner which didn’t quite really fill me up if it weren’t for the flow of drinks. We had rather plain looking vegetable soup, followed by cod on vegetables and melted ice-cream with fruits for dessert. A fair way to spend gambling money I guess, as the event was actually sponsored too by the Tote board and Singapore pools.

My table was quite an interesting bunch. Got to meet quite a few new acquaintances. There were few from the GAHA exco on the table, as well as representatives from ITE college east too. Some even brought their parent along for dinner too. There was a student who studied in Scotland, one who is taking a Gap year and intending to major in neuroscience, there was even an “escort”. They even exclaimed that I don’t look local, tending more towards a Japanese or Korean look, gosh really? Has my time in UK mutated me from the all-complaining, char kuay teow lovin’, hello-kitty queuing, Kaisu Singaporean which makes us uniquely ummm, Singaporean? I mean though I do have a given Japanese middle name, but hey I am still very much a Singaporean!

The minister’s body guards got to sit with us at the table too, it was really interesting to hear the insights and lives of these people under the cover who work like the equivalent of the secret service in the US. They were kind enough to to share with us some of their experiences and responsibilities working in the force and the cohesive circle of security for Singapore which they sought strongly to adhere and protect- always emphasizing on the importance of protect key personnel in the light of the overall total safety of Singapore which makes up total defense. So it seems they live up to their reputation as bullet eating, kungfu-kicking bodyguards as I come to know of! Humorously, during a magic show lined up as part of the dinner performances with a disappearing act, I asked: “what happens if one of the minister disappears during the magic trick?”, “Oh then we will be really dead…” one exclaimed. : P

Coincidentally met one of my old SP student development officers on my way out after the event where she’s waiting for the valet. Had been sometime since I’ve updated myself in the light of the SP student alumni office, apparently it turns out that there been some major changes in the department, but nonetheless all the officers are still there. And gosh she still remembers my name, citing that she will never forget any of her student names, commendable. :3

Ok guess that’s all I have for then. Beside attending the various lectures which the NYAA organises, I guess it might be another year before we all in the NYAA GAHA get to meet again, at next year’s dinner. 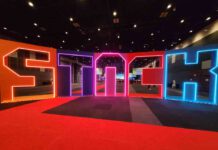 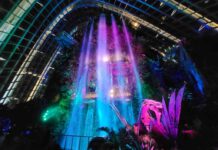