I’ve always been waiting for the successor of the iPhone 3Gs, apparently June 28 may not be the day the phone be announced due to a leak of a confidential unit so as claim by Gizmodo, which they had the chance to get their hands on for a review of the dud unit. Apparently, the phone was found running iPhone OS 4.0 before it was remotely killed. And before Gizmodo could actually see it. It has a much blockier design which looks real sleek and more modern than the iPhone 3Gs. It does make it’s predecessor look old! 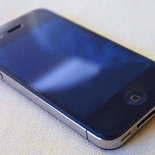 The big question whether the phone is a geninue item is still open for debate. Gizmodo even dissected the phone to find quality Apple-labeled boards and circuity inside, typical that of apple products and reaffirming that it is not some China clone or rip off. Most of the parts are minitureized, including the introduction of a micro-sim card, all to make way for a larger internal, non-removable battery. Not only does it show up in iTunes, Xcode, and System Profiler, but it has different product identifiers than the 3G or 3GS.

Unfortunately, the phone was wiped and they couldn’t get it to boot out of recovery mode, but a number of new features and changes are evident just by holding it. Obviously, it’s thinner than the 3GS, with smaller internal components and a larger battery inside the metal frame.

Here is a list of the observable features in the new 4th generation iPhone:

I had been considering the 4G iPhone as my next phone, with Android as a very suitable contender. I’ve always had my eye on Android phones even before I’ve got my 3Gs, the 3Gs failed in many ways to make my expectations of a modern smartphone, I mean I was real fad up that I could not even use the phone as a mass storage device, nor even put PDF files into it locally to read e-book (I have to email them to myself to get them on the phone). It does not support Bluetooth stereo controls, (something even my 5 year old phones can do), not to mention unable to change message ringtones as well. The iPhone was just rubbish. However, it does make up for it for it’s style, substance, usability and shitloads of fun and crazy apps, maybe that is just the reason why I am still using it today.

Hello Android!
Android is really catching up on the race with Apple, with almost 50%-50% smartphone share in the US. Even when seeking opinions for my next phone, almost everyone recommends me an Android without a doubt- Strangely. 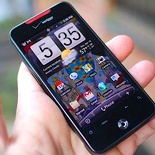 On the Android area, I did have the HTC Incredible in sight. This phone can be what I call a worthy upgrade from my Nokia N95 8GB and iPhone 3Gs (which was not much of an upgrade in anyway). It sports a 1GHz Snapdragon CPU, 8GB of internal storage, 748MB of ROM, a microSD slot (with support for up to 32GB cards), an 8 megapixel camera with dual LED flash and autofocus, 480×800 AMOLED capacitive touchscreen, and most importantly, Android 2.1 with HTC’s Sense UI on-board. It records video up to 800×480 resolution at 30fps with that 8MP sensor.

One of the key area where Android phones shine is the price, the operating system, provided by google is open source, which cuts down the price of the phone by a considerable bit, a lower version of the HTC incredible, the HTC desire goes at about £350 without a contract here in the UK, the same can be said for the Incredible when it releases end this month too. The cheapest iPhone costs £450, with the 32GB 3GS going at £550, expensive!

It is true that Andriod do not have as many established apps as Apple has and I did mention that apps are what I really like about the iPhone. But what you get on the apple app store is severely regulated, which can be like a double edged sword. The Andriod marketplace may be smaller, but it’s operated on a more free-rein basis and is speedily growing larger everyday!

Remote wipe? A possible anti-jailbreaking measure?
The thing which strikes me the most on the iPhone is the need to Jailbreak it to make the phone is anyway useful beyond the scope of the common idiot it was designed for. Apple had long been fighting the battle against jailbreaking phones, whether it’s the harsh warranty voiding of jailbroken phones, or bricking phones with updates. The ability to wipe this new iPhone NAND memory remotely does paint some interesting speculations of what Apple have in store for potential jailbreakers. Maybe jailbreaking could even be hardware prevented in this new phone, just like the newer generation 3Gs phones. I mean when I spend almost a fortune on a phone, I want it to work how I want it to me and not use it as if I am a criminal or something. That’s another tick for me in the Android department.

This new iPhone does look real good and sleek, but based on these preliminary specs, the HTC incredible trashes it completely. Currently I am leaning and maybe might go Android afterall, impress me Apple.