And so I was at La Tasca Cambridge, for my 26th Birthday celebrations. It’s a treat and get together for everyone for a table of 9 collegemates. The Spanish food was good and so was the service, we also had a dedicated waiter throughout the serving. Had had the “Tapas to share”, which was an assortment of various Spanish al-la carte dishes including Paella (had been sometime since I’ve had Paella). I had a voucher for the Tapas at an astonishing 50% off for orders. Of course that excluding the Sangria which is essentially wine, grape juice with an assortment of fruit bits. 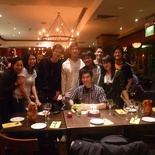 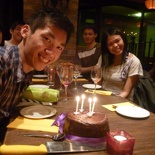 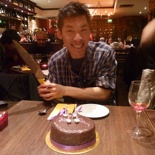 Apparently all vegetables are served as salads in Spanish cuisine, veyr much a welcome to compliment the ribs and various meat assortments as well. Oh yes, there was cake and a very large knife for the cake cutting too! Glad everyone had a fantastic evening!